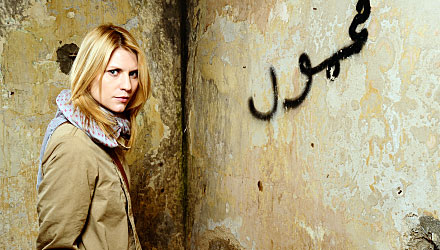 Can we talk about Homeland, the Showtime series about a prisoner of war's return home, and the secretly bipolar CIA agent who suspects he has been "turned." Their chemistry really dials up the suspense in a series that refuses to apportion blame in the usual broad strokes. Everyone is flawed, lives skewered by the global machinery of politics and religion. Claire Danes is riveting as the agent, Carrie, a tough profane piece of work whose face can also betray a heart wrenching march of emotions. She has hidden her mental illness for years, knowing it would disqualify her from being a security analyst, but as a New York Times reviewer noted, "Her mental illness, an ability to spot connections invisible to others, is also her gift." 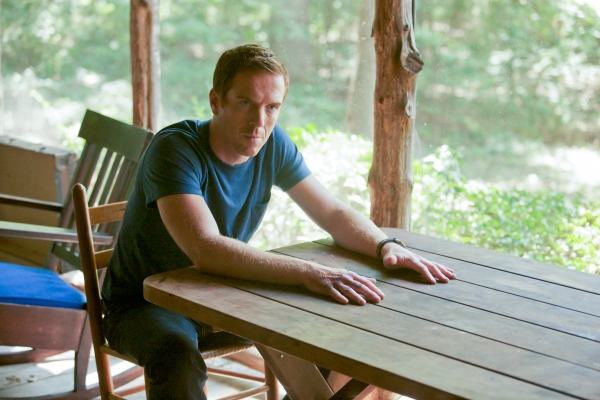 As Brody, the POW returned home to his wife and family, a manufactured war hero who may or may not be a terrorist, Damian Lewis is tightly controlled. His demons, like Carrie's, threaten at any moment to incinerate and overwhelm. Their woundedness makes them irresistible to each other—a slow-burning fuse. I couldn't resist them either. Since Monday, I've been compulsively immersed in the series late into the night and came home early yesterday to watch the finale in an empty house; I knew it was going the intense. "The ending was always going to be emotionally violent," Damian Lewis told a reporter. "Brody's been systematically brutalized; he doesn't make his decisions from a rational, stable place." 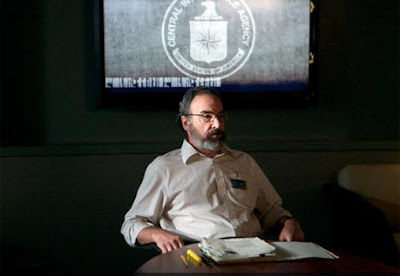 Mandy Patinkin, as Carrie's older Jewish CIA mentor, whose Muslim wife has just left him to return home to India, is also superlative. In a subtle turn, he is a man snared by his job, deeply humane but never sentimental, except perhaps when it comes to his wife. He is quietly shattered by her departure. If I really think about it, perhaps what so compels me about the series is the way these three people who've been broken by life's randomness, ruggedly press on, risking heart and sinew to construct lives that matter. I am already dug in, counting the days to the next season.