This is the story of a family I have come to love and feel moved to champion. They are a same sex married binational couple who have been together for 22 years and who are the legal parents of four beautiful children, ages six to eleven. But while the law recognizes their rights as adoptive parents, it will not allow Mark, who is American, to sponsor Fred, who is French and threatened with deportation. Though the law gave them their four children, it would blindly split their family apart. Today, Mark and Fred are taking a stand. This morning they will appear before an immigration official for a green card interview, thus becoming the face of the fight against the Defense of Marriage Act for 38,000 LGBT families currently facing deportation because federal law does not recognize their union. I find their situation wrenching and their courage thrilling. Please read their story and stay tuned. For more on the DOMA Project, go here. 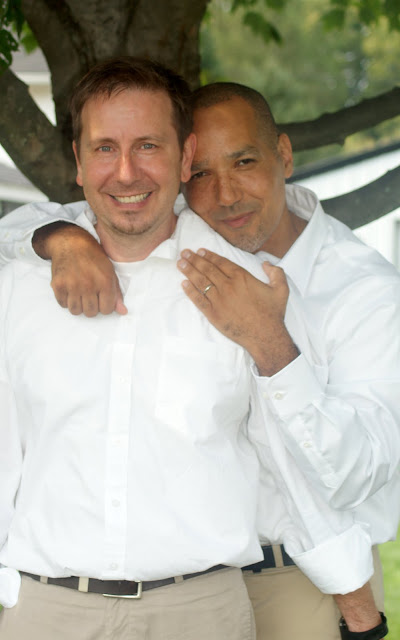 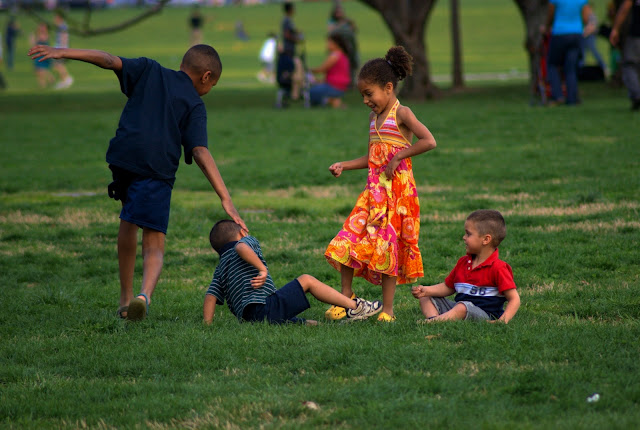 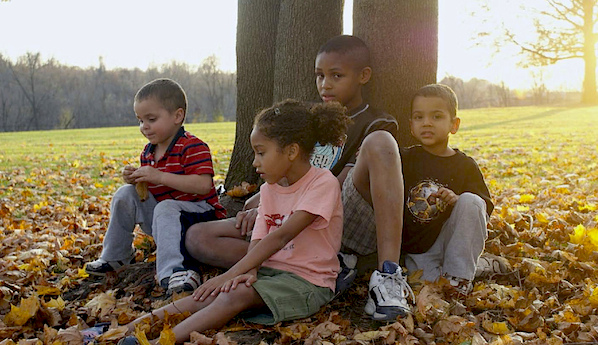 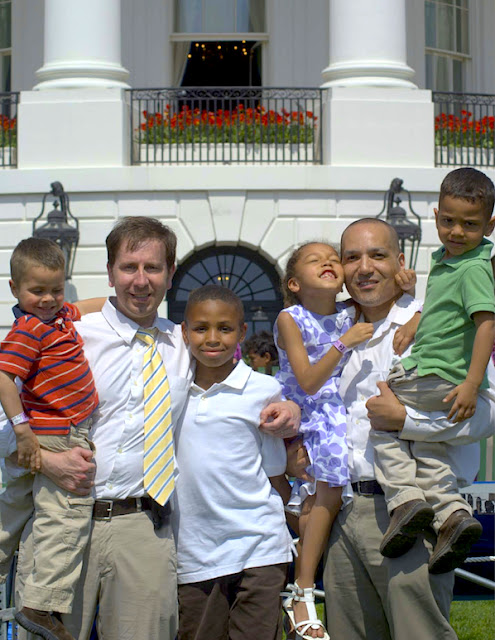 As they await a decision on whether 2012 will be the year their family is torn apart they have decided to take the fight to their elected officials and to the President, himself a son of a binational couple. At best, the administrative agency could choose to do what Mark and Fred consider “the right thing” and place their case into abeyance until litigation concerning the constitutionality of DOMA makes its way to the Supreme Court. At worst, Fred may be placed into deportation proceedings, their nightmare scenario. Meanwhile, the family is in a state of limbo, and it pains them as parents when they can’t answer their children with certainty about the future. They can only prepare themselves, mentally and emotionally, to fight for full equality under the law.