What the City Knows 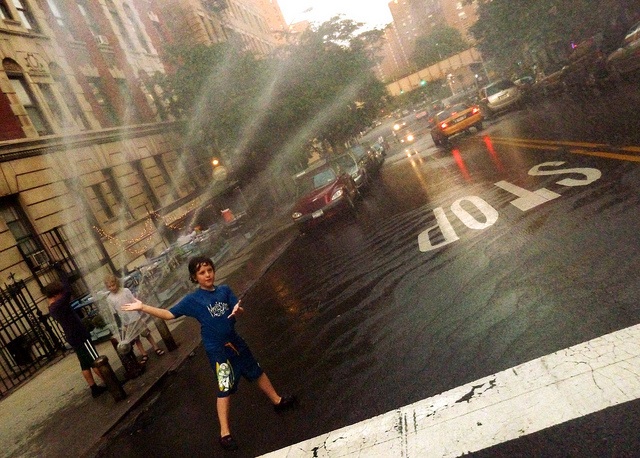 When my kids were small and would visit their cousins in Jamaica and Antigua, and my son or daughter would start to boast about some aspect of living in New York, I would take them aside, and I would whisper, Do not be the obnoxious cousin from New York. Ah, it's true. New Yorkers can be obnoxious about their city. They know there is no other place like it on the planet, that it is a hard place to call home but if you give in to its charms, it will make you its own, and you'll love the city even if you scrap with it forever.

New Yorker Colson Whitehead, author of The Colossus of New York, conveys something of the complicated relationship New Yorkers, born or arrived, have with the city.

“You say you know these streets pretty well?" he writes. "The city knows you better than any living person because it has seen you when you are alone. It saw you steeling yourself for the job interview, slowly walking home after the late date, tripping over nonexistent impediments on the sidewalk. It saw you wince when the single frigid drop fell from the air-conditioner twelve stories up and zapped you. It saw the bewilderment on your face as you stepped out of the stolen matinee, incredulous that there was still daylight after such a long movie. It saw you half-running up the street after you got the keys to your first apartment. It saw all that. Remembers too."

It is a strange comfort, all these years later, to look down at the corner of a particular stretch of sidewalk and see my initials carved into the concrete, small and neat against the curb. The squares of concrete had been freshly poured when I passed by on the day after I graduated college, and I used a twig to draw the letters and inscribe the date, and there they remain, proof of my history etched into the very stone. I know what the city remembers.