One by one, they arrive 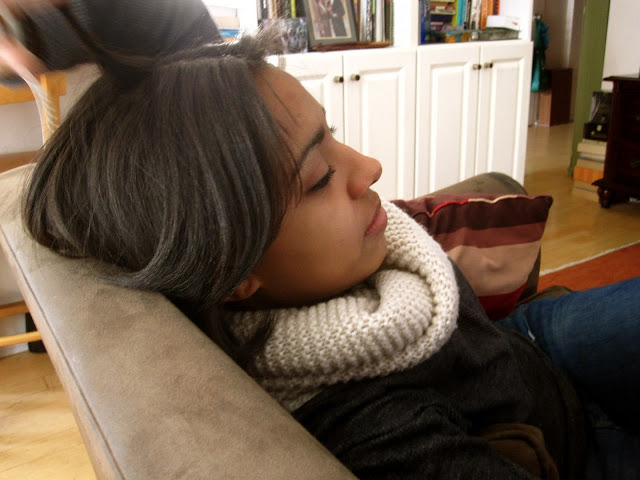 Our girl is home! She arrived by bus last night and asked her brother to pick her up from the station. We all went to meet her and got royally snarled in Lincoln tunnel traffic while she waited on a street corner outside Papaya King juice bar on 42nd and Ninth for almost an hour.  I got more and more riled up at the gridlock while my son (who was not driving) deejayed music from his iPhone and tried to get me to just be in the moment as he and his sister exchanged wildly outrageous off-color texts—which they later shared with me. Then when we finally got to the corner our college girl threw her bags in the car and jumped in quickly while we held up honking traffic. By then her brother and I were arguing about whether I was going to the gym with him when we got home, he was insisting, bulldozing, really, which always makes me resist, and we went back and forth, the two of us so much the same, while my husband and daughter rolled their eyes and shook their heads and laughed and stayed out of it altogether until my son said, "Okay, don't go to the gym for you! Go for me. Because if you don't you're going to eventually be in a wheelchair and then I will really be able to push you around." He was going for humor, but I heard him, and so I stopped resisting and said, "Okay, we'll go to the gym."

When we got home my girl and her dad settled in to watch the Knicks game while I laced up my new sneakers. My son was wonderful. That cranky boy became so gentle with me, guiding my workout, pushing me to do one more set, ten more minutes, talking with me about his life the whole time, which will always take my mind off the pain of working out, and I did a half hour on the treadmill and the bike and then did some weight machines and I love being able to mindlessly just follow instructions, to not have to figure out the machines because he figured them out for me and assessed the right weight, and of course, he also showed how to use them for when he goes back to school. I do like lifting weights. I enjoy it so much more than cardio. I think my boy was pleasantly surprised by how cooperative I was once we got to the gym, and how capably I followed instructions and he was also quite pleased that my resting heart rate is actually quite good, much better than he had feared, and I'm strong and stubborn when it comes to the weights too. He can be awfully bossy, this boy (where, oh where did he learn that?) but also so very tender and able to make you feel cared for and taken care of and loved.

So it's the four of us, together again. Talking, laughing, being us. So comfortable and right. Both kids remarked on it, as if was something special to each of them. But we also remarked on how much we missed my niece Leisa, who is doing her masters in Florida and not able to travel, and how it just won't be the same without her this year.

Early this morning there were more arrivals. At 6:00 a.m. my cousin from Trinidad rang the doorbell. And this afternoon, my other cousin and her two daughters will arrive from Maryland, and we'll sleep everywhere in this house, on every bed and every couch, and tomorrow, more family and friends will join s and we will have a party. Actually the party starts tonight with the shopping and the food preparation and the stories. Always, there are the stories. And on Friday some college friends of my son's will arrive for the weekend, and my daughter will be catching up with her friends who have all arrived back in the city, and no doubt her young man will also be in the mix, and it will be nice to see him, too, and hopefully we'll get to watch a Knicks game with him, like old times. Happy thanksgiving, y'all. 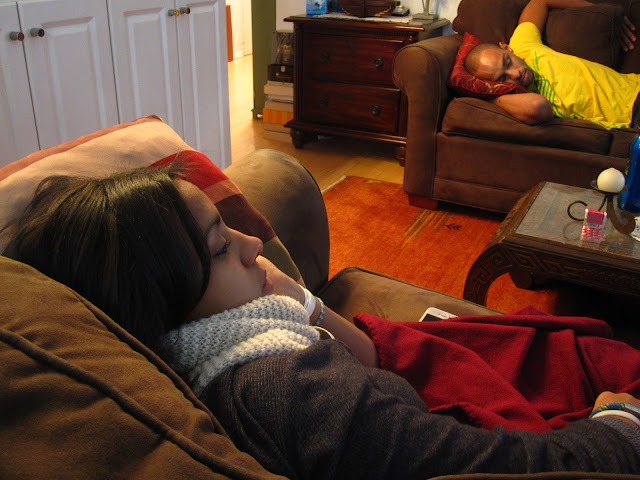