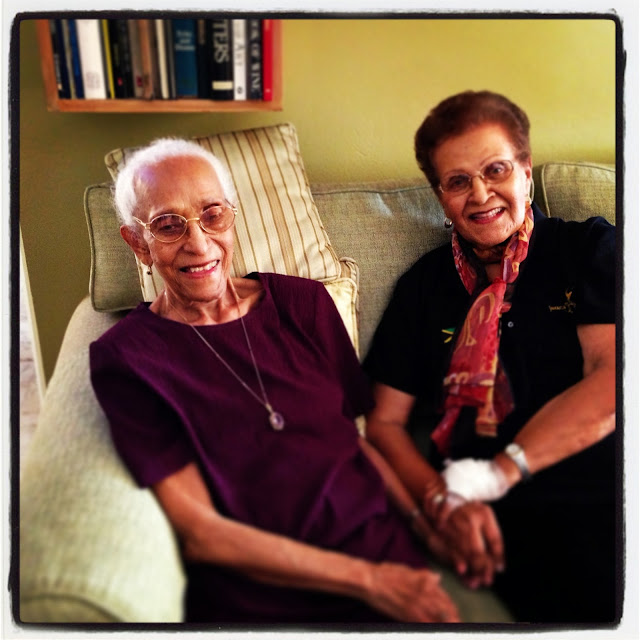 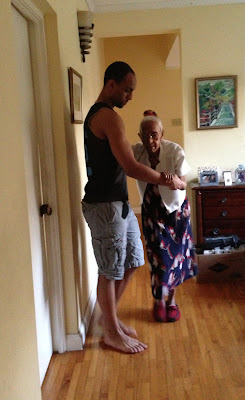 Yesterday we took my mom to see her sister Grace, who had been ill and in the hospital since January. Grace is back home with her daughter's family now, but still weak and recuperating, and she and my mom had not seen each other in over a month. With the sister between them now gone from this earth, and Aunt Grace having so very nearly gone too, they felt the void of each other's presence even more keenly. They greeted each other like lost lovers reunited. That's exactly what they were. So many people came by the house when they heard the sisters were together. I wish I could write more and share more pictures and maybe I will when I get back to New York. My son is here with us. He says, "Your chariot is here, Grandma. Wherever you want to go." He takes her walking. He lies across her bed and watches games shows, calling out the answers with her. She's gotten him addicted. There they are, my mom doing strengthening exercises down the hallway and at the window, her grandson ever watchful. 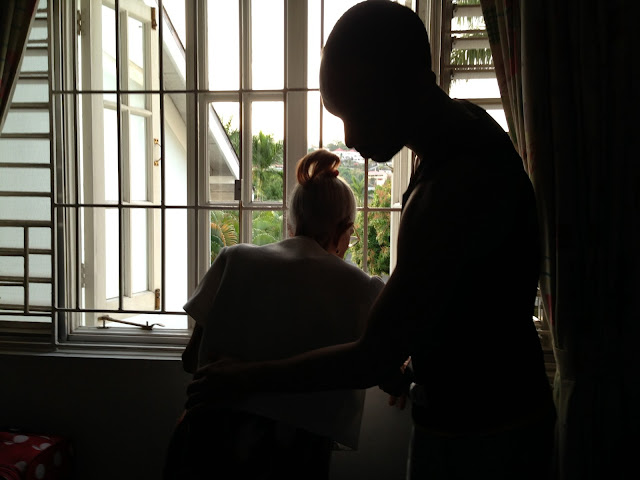 Please forgive my being absent from your blogs this week. I will be by to catch up on all that is happening when I return home, which may not be till next week as we will be in New York for only a day before heading to Orlando, Florida for Aunt Maisy's grand send off. It's going to be something of a family reunion, as these affairs so often are. In the meantime, know that I think about you and carry you with me more than you would probably imagine.