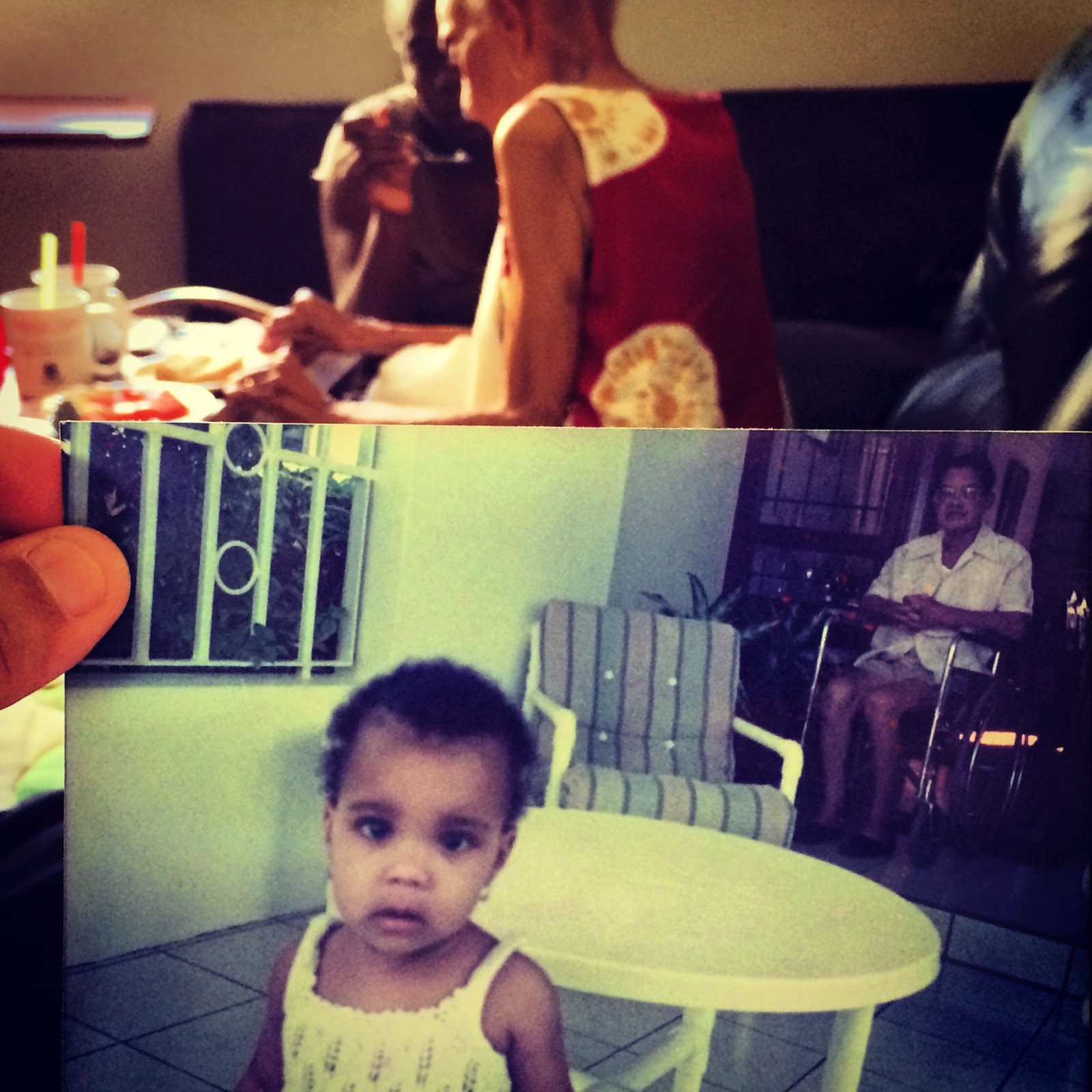 This photo was an accident. I had found that snapshot of my daughter and my wheelchair-bound father among my mother's things, and I held it up to snap a picture with my phone. I had not realized that my mother was in the background having lunch. The result was this photo of both my parents at the end of their lives. My father died of cancer nineteen years ago today, which was less than a month after this photo was taken. I miss him. My mother is still with us, but unbearably frail. I miss her, too. And then there is my daughter at one year old. As my father slipped away, she and her then four-year-old brother were the promise of everything yet to come, the realization of their grandparents' legacy and their undying love.

It's 18 degrees outside. My son doesn't go in to work until the afternoon on Thursdays, and he's sleeping in. He needs the rest. Sometimes I feel bad that he's working so long and hard, but then I remember myself at 23, and I didn't get home from work till ten or eleven at night. I'd eat a bowl of cream of wheat for dinner and then crash. I was working as a reporter at Life magazine then, and I traveled every other week. Those days of reporting and working with photographers in the field could stretch till past midnight. I never felt sorry for myself, so perhaps there is no reason to feel sorry for my boy. He's doing his life. If he doesn't like the way his life is set up, he'll make a change. Maybe fly off to Australia for a year or two. Maybe move into an apartment with two of his buddies (the alternate plan). One of his friends is in finance on Wall Street and my boy is now an investor. So many young people are unemployed in this economy and he has two jobs and investments, even as he waits to hear about the EMT gig for the FDNY. As much as he likes to have fun, he's a planner and a doer. He's never been lazy. He'll be okay.

I'll be okay, too, even if T.S. Eliot got it wrong when he called April the cruelest month. It's definitely February. I'm struggling a bit with the blahs. Work is helpful, because I'm at the editing stage on a manuscript. The whole thing is written now and it's just a matter of smoothing and polishing and layering in. This is the fun part. And then I will begin a new project. Lots of anxiety around the beginning stages. I always wonder how I will ever get to the finish line. So I try to imagine that in some parallel reality, the project is already complete and I just have to live into that eventuality. I'll manage to get it done because in a parallel universe I already have! The tricks we play.