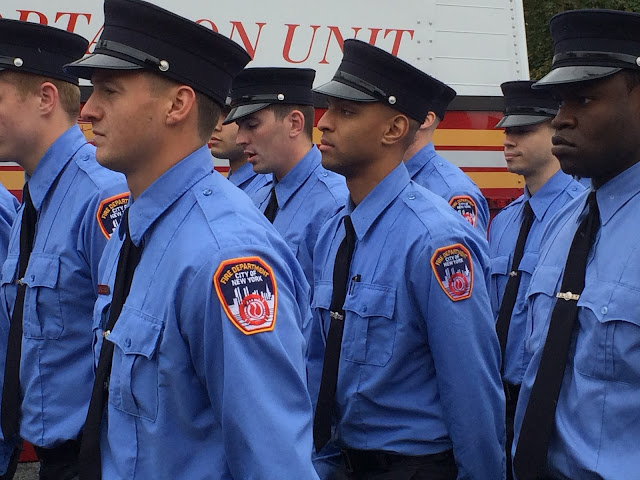 Yesterday would have been my dad's ninety-third birthday. I found it fitting that it was also Family Day at the FDNY-EMS base at Fort Totten, where my son has been training since late July. He will officially graduate this week. He did it—made it through every step of the training, including the real world rotations in the rig, where he began actually treating the sick and the troubled. This is the life he chose. He is so deeply happy right now it is wonderful to see. 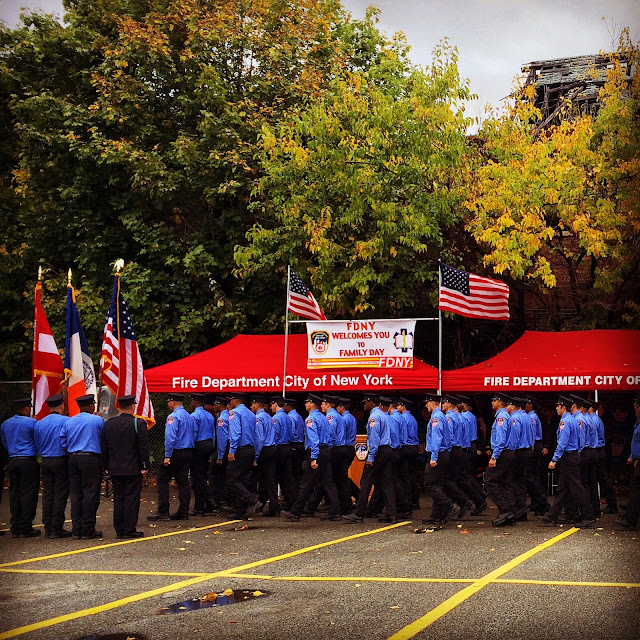 Yesterday was blustery, cold and rainy, but it didn't matter to the families who stood outside to watch our sons and daughters march in behind the Fire Department colors to the haunting melody of bagpipes. My husband and I, our daughter, and our son's girlfriend attended together, all of us so proud. I teared up when I saw my boy walking in, eyes straight ahead, shoulders squared. Later, the new class of EMTs and paramedics performed rescue exercises to demonstrate where they'd been and what they'd been doing for the last three-and-a-half months. I got to meet some of our son's fellow probies; it was intriguing to observe the familial closeness of people who, four months ago, did not know one another existed. They all described feeling called to this. I shouldn't be surprised. This is not a job you fall into. You only get into the department through sustained intention, fueled, I suppose, by a sense of calling. It's fascinating to meet so many others made like our boy. 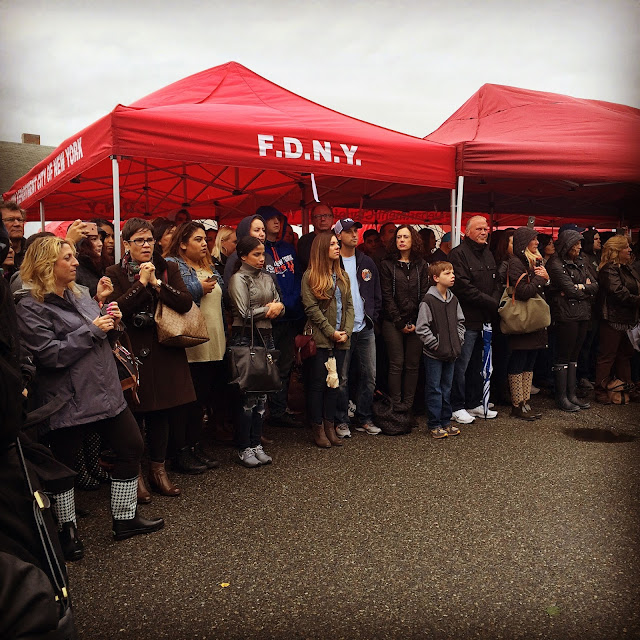 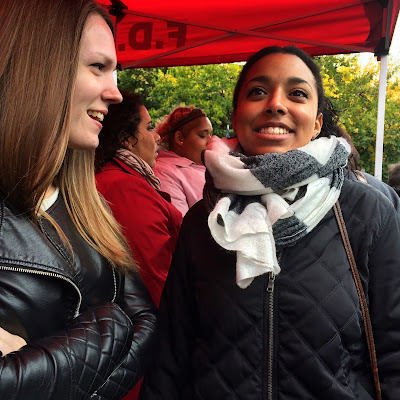 The city fire commissioner opened the proceedings. He thanked the families for raising sons and daughters who had chosen to serve in this way. "Your loved ones will see some hard things in the days ahead," he said, "and we depend on you who they come home to provide them with support and love. They may not always talk about what they have seen, but it will help that you are there." On the way home, our son thanked us again and again for coming; it meant a lot to him for us to witness him as one of New York's Bravest. And this morning, as my husband was dressing for church and I lay in bed reading, there was knock on our door. Our son entered, threw himself down next to me and put his head against mine. I hugged him, my hand cupping his smoothly shaved head. "You did it," I whispered. "I did," he said. And then he hugged his dad, who also cupped his head, much as we did when he was a baby, this child of ours, now a full-grown man, his heart bursting with wonder that his long held dream is coming true. 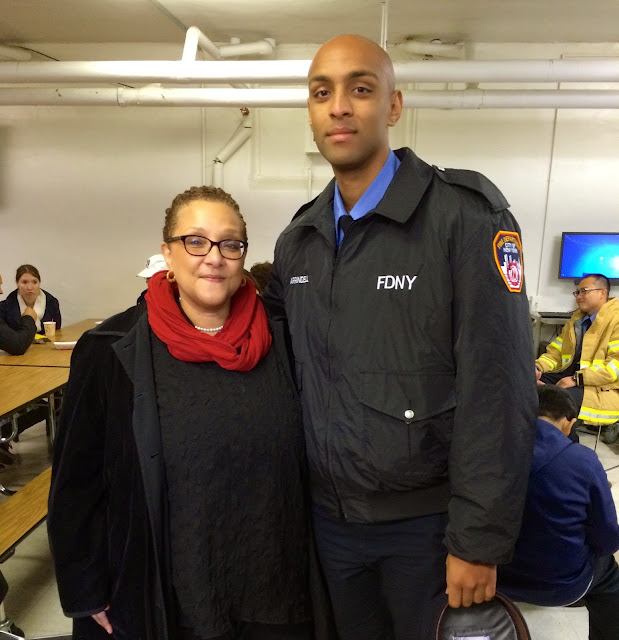 He's going to put FDNY tags on our car, which he also uses. "That should help if the police ever stops you," he told us. Ah, there's the irony and, I suppose, a silver lining. In one way, our boy is safer walking through this world in his uniform than out of it.  I'm so proud of our son and the way he has pursued this I can't even contain it. Bear with me. My son is fully a man. Somewhere, his grandfather is smiling. 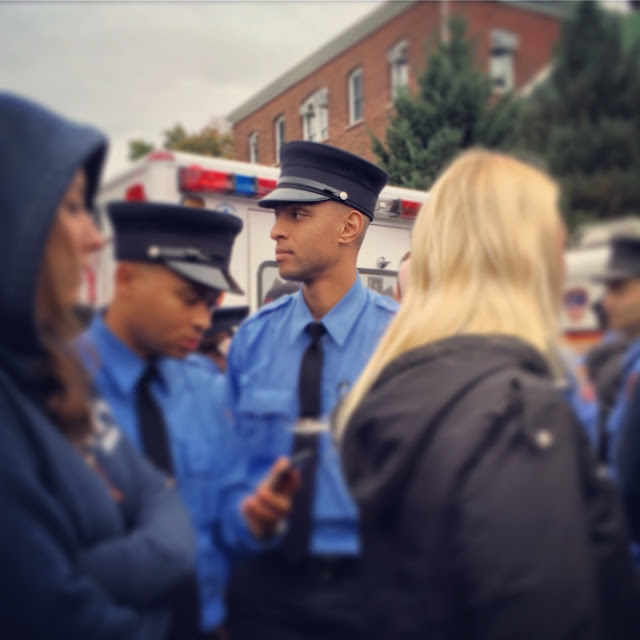