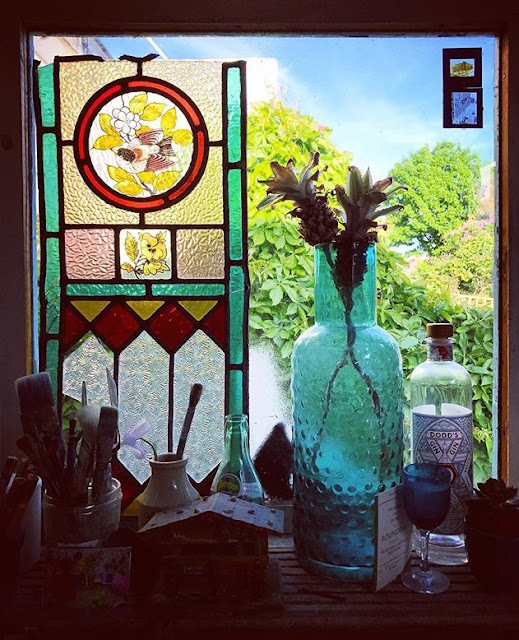 I came home from choir rehearsal last night to find my husband watching breaking news of a suicide bomber at an Ariana Grande concert in Manchester, England. Twenty-two dead, fifty injured, so many of them children. Heartbreak upon heartbreak.

Last Saturday was a nonstop day: My daughter's boyfriend graduated from Cornell Tech with his MEng in the morning, we attended a reception afterward with his family, then I went off to perform one of our spring choir concerts at an assisted living home. In the evening, I again met up with the graduate and his family for dinner. Everyone was in a celebratory mood, so proud of our graduate's success.

But in between all that, as I was getting out of the cab at home after our choir concert, and heading to my apartment to change for dinner, I ran into my heart son, E, who lives one building over. Tall, slender, chocolate-skinned and classically handsome, this young man has no idea how beautiful and cherished he is, because he is dark-skinned in a culture that does not prize that, and he is Muslim in a world that assumes him to be a terrorist. He is profiled twice over.

On Saturday, he was wearing a kufi. This was new. He hugged me and then came upstairs to visit with my husband and me, his parent surrogates. My son calls this young man brother, as they have been friends since babyhood, and he grew up a good portion of the time in our home. We sat in the living room and talked about his choice to begin wearing a kufi, to publicly claim his faith, as hard as it was, because he knows how people will look at him, the things they will assume about him, despite the fact that my son calls him, "the most peaceful cat I know."

He, a kindergarten teacher studying for a masters in education, laughed at the notion that people might assume him violent. "They should see my in my classroom," he remarked ruefully. And then he said something that stopped me cold. "I just want to be able to walk through the world as a black man and as a Muslim and feel safe," he said. "If I can do that, and my future children can do that, then we will have achieved something."