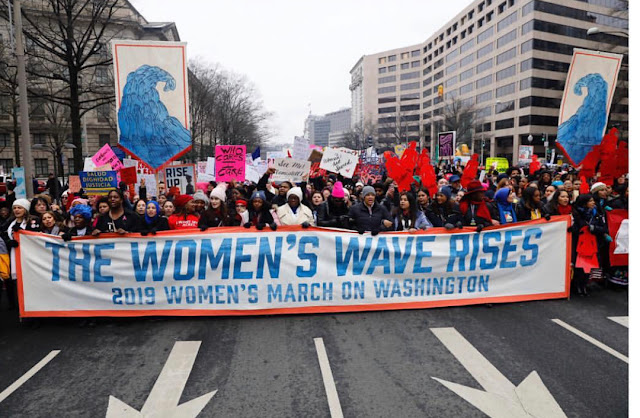 Despite the ginned-up controversy surrounding its leaders, I'm here for the intersectional Women's March all day long. As I write this, crowds are gathering at Freedom Plaza in Washington DC to march for your rights and mine. I truly believe the same forces of division that gave us Trump are now endeavoring to drive a wedge between women in an effort to splinter our mass uprising. Don't fall for the hype. I can share so many articles on the fake outrage, which has sadly sparked legitimate concerns on the part of those who aren't looking behind the screen. The hate mongers refuse to acknowledge the multiple instances in which the four co-chairs of the march have unequivocally disavowed the anti Semitism of which they have been accused. The agents of the carefully orchestrated defamation campaign refuse to acknowledge the numerous Jewish groups supporting the march, or the contingent of rabbis who stood up to endorse its leaders after meeting with them to discuss the ugly smears. I could link all those pieces, which somehow don't show up in a routine Google search (what's up with that?), however, I'm only going to link one piece, which appeared in The Nation yesterday, written from the perspective of a Black Jewish writer, Nylah Burton. There is more real humanity and questioning in this piece than in all the hyped up front page articles and click bait stories in the weeks leading up to this day. You may not agree with this perspective, but I'd like to suggest that this writer offers a frame for deeper conversations to be had, interrogations designed to heal rather than inflame.

A Vital, Vulnerable Conversation With the Leaders of the Women's March 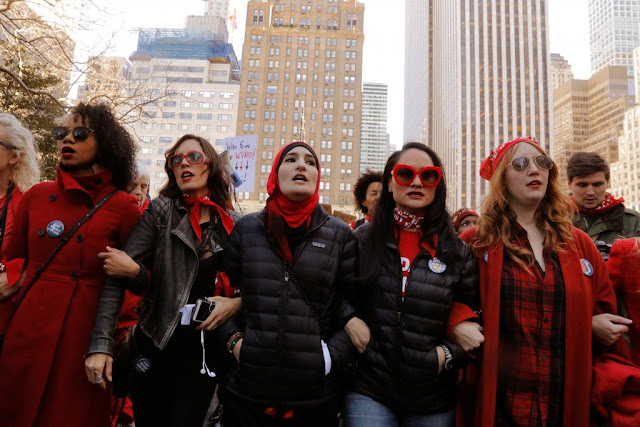 I wish everyone could appreciate the intersectional beauty of this diverse group of organizers who after the debacle election of 2016 were asked to bring their respective marginalized communities into the tent so that women everywhere could be represented in the first Women's March on Washington.

I also want to share this, by crowd-funded artist and musician Amanda Palmer, who I think gets it exactly right. 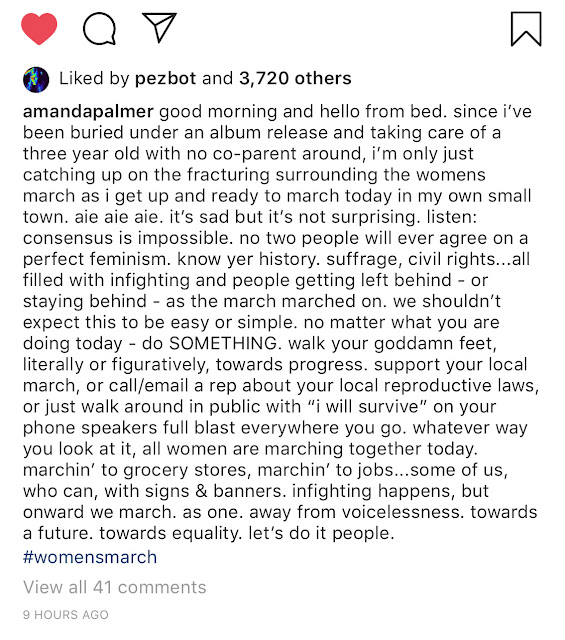