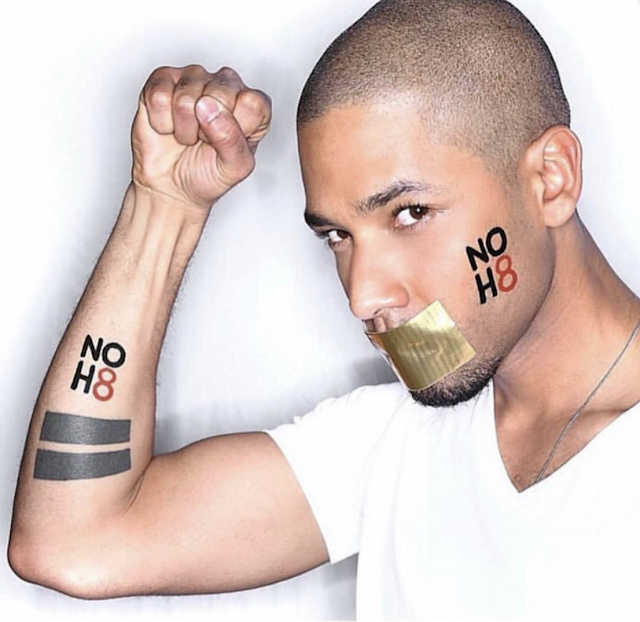 The media and the police need to stop calling what happened to Jussie Smollett "a possible hate crime." Those MAGA punks hurled racist and homophobic slurs while they beat and kicked him, poured bleach on him, tied a noose around his neck and yelled "This is MAGA country." Jussie had arrived home late from work on the Chicago set of Empire and had run out to get himself a sandwich. Bloodied and battered, he took himself to the ER alone, the noose around his neck trailing. It's important that we not look away, that we call this what it is, a hate crime ensuing from the hate being pumped into unstable MAGA minds by the hatemonger in chief. If you wear a MAGA hat or yell about "MAGA country" while beating the shit out of a beautiful queer black man, we know who you are. We know your soul is stunted by hate. You might as well be wearing a white hood or swastika. I'm angry AF about all this but hate will not win because this fury I feel right now is born of a raging love.

I wrote that on Tuesday night. I'd been reeling all day from the news of the attempted modern day lynching of Jussie Smollett. People were heartbroken. Jussie is a good one, a light-filled being if ever there was one. The love for him poured out from everywhere. Like so many others, I went to bed praying for his healing in body and spirit, praying that the light in him would not grow dim. Three days later, the police are still calling his assault in the sub-zero Chicago night "a possible hate crime." On Twitter, MAGA idiots debated whether it really happened. Some days, I cannot believe this is our reality, and I wonder how we got here.