What their grandmother wished 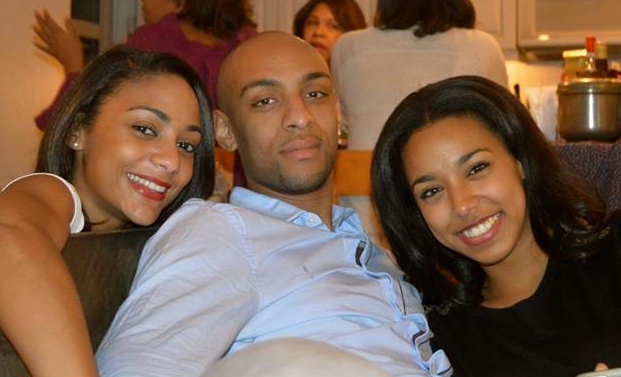 I am going to admit a secret. It is deeply held because I don't want to give power to this fear, but it is there, nevertheless, and it is this: I worry for my son and his girlfriend. He is black and she is white, and I worry about the world they must walk through. They are sweet together; born a year and a week apart, they get each other in the goofiest way. The things that make me insane about my son seem to amuse her, and the things about him I cherish, she seems to appreciate also.

They began seeing each other the week my mother died, which made me think my darling mom was pulling strings from heaven. It would have been just like her: She always wanted for her children to be partnered with good people, to love and be loved, and to experience the joy of raising a family together. It was a wish right up there with her desire that we trust in God. She would have been fine if I'd walked a different path relationship-wise, she would have adjusted, and indeed, my brother's path was never so straightforward. But this loving connection was always her prayer for us, and for her grandchildren, too. And within a month of her death, all three of her grandchildren who were already grown were in serious relationships with good people. My son, my daughter, my niece.

My son got off the plane in Jamaica for his grandmother's funeral and told me, "Mom, I met someone." A month later, my niece, who had never lacked for suitors, and who could grow bored with the most apparently perfect of them, told me, "I met someone." My daughter, at that point, had been dating a young man at college for a few months, and on her next birthday, he gave her a delicate gold necklace with her grandmother's name in sweet cursive. As far as I can tell, all three people are exactly the sort my mother would have chosen for her beloved grands, which is not to say I am presumptuously writing the next chapter of their story. That will be for them to write, as indeed they have already begun to do, with my niece marrying her love a week ago.

While I pray for them all, in the age of Trump I am secretly more worried for my son and his girlfriend, because I don't want the world to come at them in a cruel way. I am talking about all sides of the equation here: I don't want people of any color to look at them in anything but a loving way; I don't want black women to assume my son hates himself or hates black women because he is with someone of another race; I don't want white men of a certain ideological bent to do much worse. I don't want any ugliness to befall them at all, because they are lovely together, and so I wish the world to be different, or at least heading in a more positive direction. May all these children be loving and loved in this life, and yes, may they also be safe.