Life is full / of grace 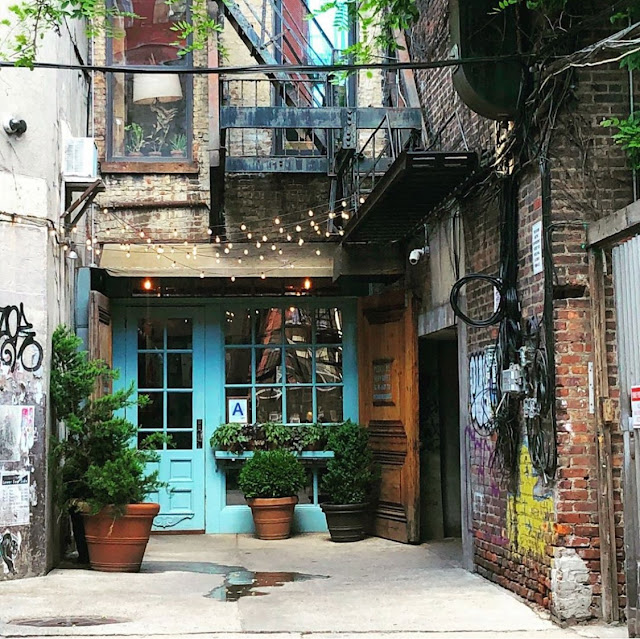 My niece and her husband were here again this weekend, and so was another niece who lives in Jamaica, who had been traveling in Singapore and Malaysia, who I had met only once before at the last family reunion, but with whom I now have a warm relationship. I hung out with my millennial nieces on Friday, the one who lives here now, and the one who is visiting. We went to lunch at Freemans Alley, the walls an ever evolving street art exhibit, and the restaurant at the end of the alley like a place out of time, almost medieval in atmosphere, yet urban and hipster at the same time, the servers and bartenders just way cooler than I will ever be, but sweet, too. 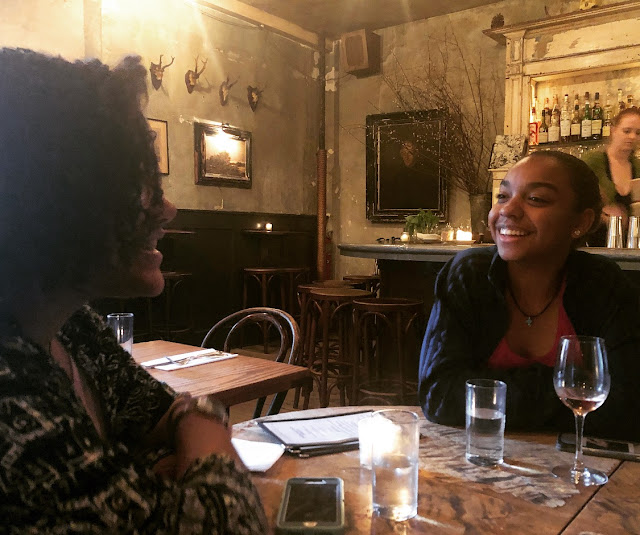 After lunch, as we were snapping photos of the posters and street art adorning the alley walls, a man emerged from a gate in one wall and I asked him what was behind the gate. He said it was a place called Sister City, and that there was a rooftop bar inside that had the best views in the city, and maybe even the world. And then he invited us to come and see. Follow me, he said cheerfully, you'll love it, and we did follow this strange man into an unknown building behind an iron gate, and it felt like a grand adventure. The rooftop bar was as promised, 360 degree views of the city, and golden light at that hour of the day, heading toward sunset but not there yet, and my nieces and I sat and ordered berry margaritas that were as sublime as the setting and especially the company. We had, as they say, a blast. Here are a couple of pics for our Freemans Alley outing. 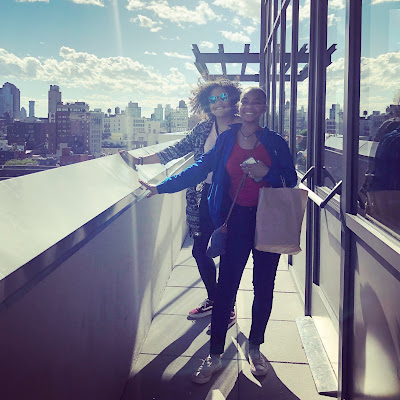 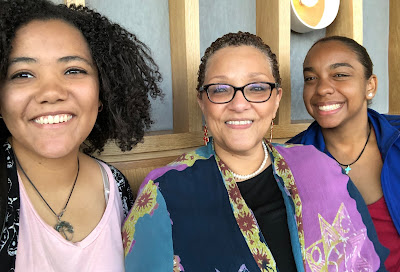 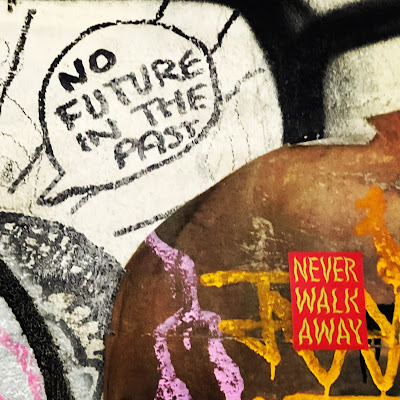 Then on Sunday, for Father's day, my husband decided he wanted nothing more than to have everyone around, enjoying a slow aimless day, and so that's what we did, the six of us who slept here, plus my daughter and her guy. My son joined us later after his shift at the firehouse. My husband rose before the rest of the household and made us four kinds of scones—vanilla raisin, tangerine, cheddar and jalapeños, and shallots and Parmesan—and oh my God they were delicious! We all kept going back to them all day. He also made us passion fruit bellinis with a raspberry garnish, which were also yummy. He did all these things for us on his day. Though he would not cooperate with our attempts to pamper him or my attempts to take pictures, still, he was the center of all the love, "Uncle Dad," as my niece (below) called him. We ate and drank and did puzzles and chatted and watched World Cup Women's Soccer and dozed and it was perfect. I love my family. And I don't take this state of grace for granted. 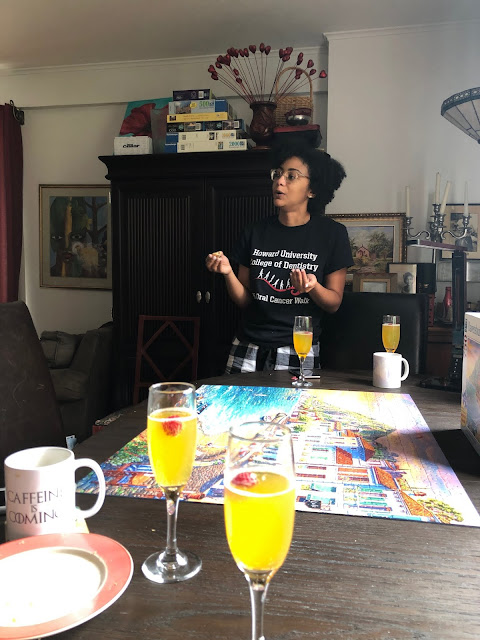 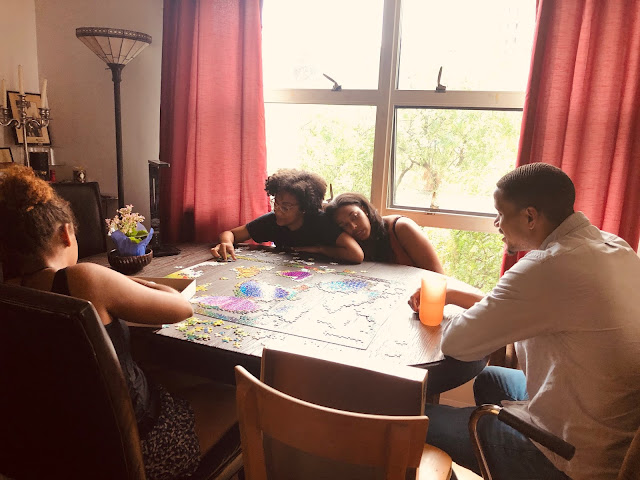 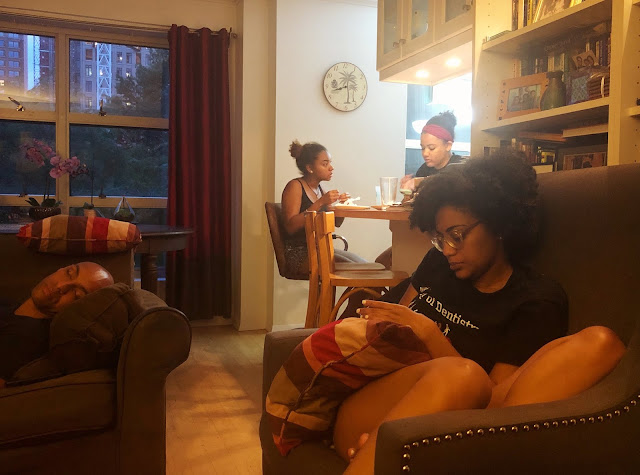 Here's a picture of me taken in the rooftop bar with the good light. A picture of myself that I actually don't mind. And below it, a good message for this day (given my previous post). All our guests left last night, and my husband and niece are at work, so the house is quiet with just me today. I just might stay in my indoor blue kaftan all day. 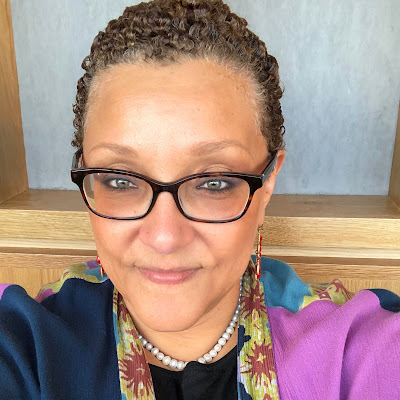 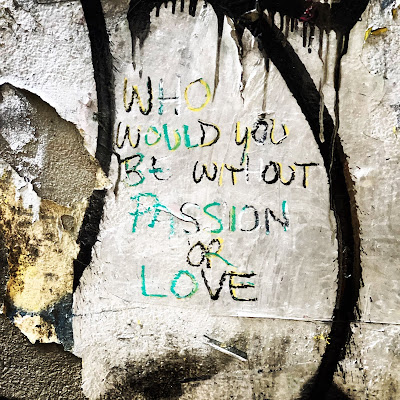