Who are we now? 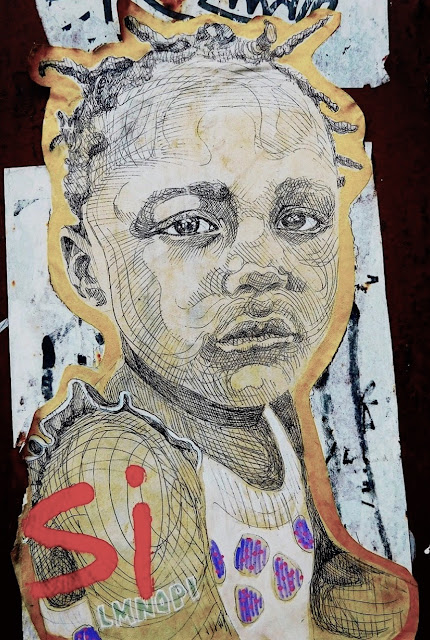 I said to my husband, "Why has the number of people seeking asylum at the Southern border become such a flood when this country treats them so cruelly." I had been mulling on this for a while. Hadn't the word reached the asylum seekers that the American president would deploy his border gestapo to steal their children and imprison them in tent camps where, as it happens, English classes, recreational activities like soccer and access to legal aid was cancelled this week by our government? Who is supervising the welfare of these children, who are in such danger of being trafficked? So many families have been irrevocably broken, with parents who will never see their children again in this lifetime. Also this week, three women were convicted of leaving bottles of water in the desert for migrants to find as they made their way across the parched borderlands. For this act of humanity, the women were punished by an American court of law. Who have we become? And so I asked my husband, "Why do they come? Why don't they know they will be brutalized?" His answer was illuminating, and really, I should have already grasped it. They come because our government has cut off aid to their countries, and the already poor can no longer survive in places where conditions have become increasingly desperate, and so they strike out for what used to be known as the land of the free, and there they find another nightmare. I am reminded of this poem by the Kenyan-born Somali-British poet Warsan Shire. The last time I pondered this level of desperation, when Syrian refugees were cramming into rickety boats on the nighttime shores of their war-torn country, and drowning at sea, this poem held an answer, as it holds one now.

Photo: Street art on the wall of Freemans Alley, New York City.
Posted by 37paddington at 11:40 AM