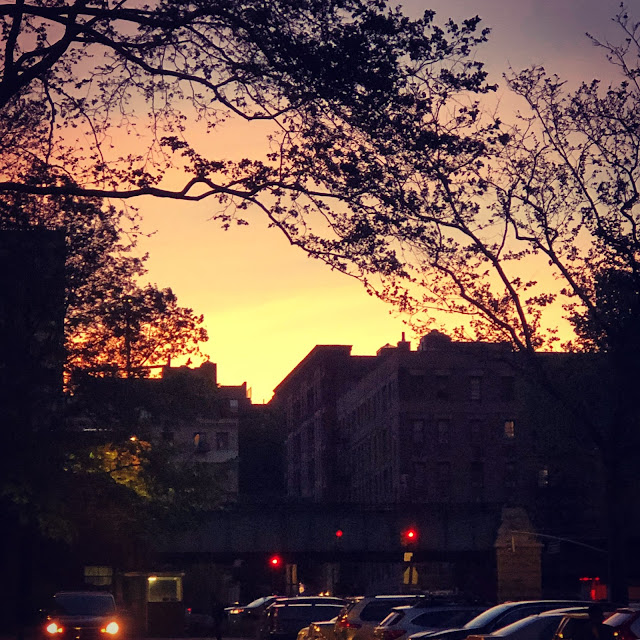 I'm so out of sorts. Summer is oppressive. I feel as if I should be out doing things, not hidden away inside, working. I think I sometimes work so much so I don't get bored. So I don't have to figure out how to entertain myself. My life is so small, my days so contained. Also, as long as I live, I will probably never get used to not knowing the shape of my children's lives, what their days are like, the things they do with their friends, their daily ups and downs. It's so odd, the way we are their world when they're small, we know everything about their days, their friends, the moment to moment shading of their mood, and now they are these grown separate people, and hopefully all will be well, but if ever it's not, I can't protect them anymore, I can't make it better, they have to do that for themselves.

My aunt Grace, the last surviving of my mother's five sisters and three brothers, was in the hospital in Toronto this week. She's 93 on her next birthday in August, and fluid is collecting around her heart. She's back home now, and her daughter who lives in Nassau flew to be with her. She told me this morning that she's decided to give up her apartment in Toronto at the end of the year and live with her daughter in Jamaica, visiting with her daughter in Nassau sometimes. Both her girls live in large, airy, art-filled and beautifully appointed homes with pools and manicured grounds and views, and she has a dedicated space in each place. I had often wondered why she preferred her two-bedroom apartment in Toronto. It was the independence of course. She has many friends in Canada, people of all ages whom she calls her angels. But now, the fact that she is moving in with her daughter says so much about how she is feeling. Are you in pain, I asked her. Of course, she said. All the time. But it's just pain. Her voice sounded like music as she said it. There is always a smile in her voice when she speaks, which breaks into a full laugh that sounds like the tinkle of wind chimes. I believe her determined optimism is the secret of her high-functioning longevity. She has many medical issues, yet she moves through the world as if they are minor considerations. She keeps on.

I dreamed of my Aunt Winnie last night, my mother's oldest sister, the one who lived across the courtyard from me in New York, and for whom I was the primary caregiver at the end. The dream was so vivid. I walked into a room and she was standing there. She looked wonderful, the way she looked when she used to visit us in Jamaica in the summers when I was growing up. Aunt Winnie! I said with a rush of joy. She opened her arms and I stepped into them, and she folded me close, and I rested my head on her shoulder, and felt comforted. That was it, the whole dream. I woke up right after wondering my time was at hand, and Aunt Winnie was coming to get me. But it didn't feel that way. I kept thinking about Aunt Grace, and that I should call her. I shared the dream with her when we spoke this morning, and she said, Winnie came to tell you she's coming for me soon. No need to rush things, I told her. My dear, she said, I am in no rush, but I am ready.