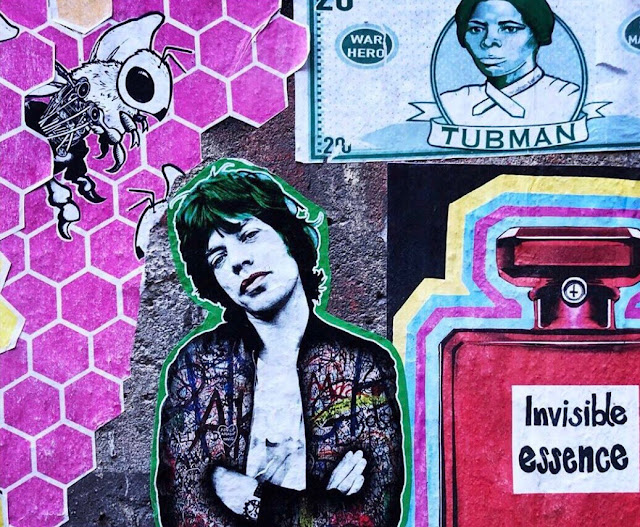 That quote by poet and author Gwendolyn Brooks is the whole truth.

So the impeachment inquiry has begun, and we all know how that will go. The president and his minions will refuse subpoenas to testify, and the Republican base will call it a witch hunt. I mean, none of Trump's other criminal and morally bankrupt actions have made a dent in his popularity among the Republican base, so why should his withholding hundreds of millions in aid from Ukraine in order to pressure them to deliver dirt on Vice President Biden be any different? It's illegal, yes, but so are any number of other acts that the president has committed in plain sight. With cameras rolling. Yet he slithers along, creating more chaos, causing more devastation to the country and the world.

Don't get me wrong. I think they should impeach the MF. I also think they need to throw anyone who refuses to testitfy or otherwise comply with the law in jail. I know this will only convince the Republican base that the president and his henchmen are being persecuted, because the doddering psychopathic dementia-addled narcissist who can barely find his way through a sentence on a teleprompter and who garbles his responses in every press interview, but who becomes a rabble rousing beacon of white supremacy when he stands before his base, is their cult hero, the man who hates who they hate, who they don't realize has nothing but contempt for them as well.

That being each other's harvest isn't working so well in practice, is it? Not for the good, anyway—at least not right now, or not that we can readily see. Let's hope something good is happening behind the curtain. We press on.

I'm traveling to DC tomorrow, and I feel sick today. In choir rehearsal on Monday, the woman behind me coughed non stop in my direction for two hours. My daughter also had the flu last week, though she tried very hard not to spread it to anyone. And last night, I had dinner with three family friends, and two of them were fighting colds. Now I feel weak and achy, my brain foggy. This kickoff meeting with my book subject, her communications director, her agent, and the acquiring editor on Friday is so critical. I simply can't be sick. I am swallowing Vitamin C, Zinc and Echinacea tablets by the handful (hyperbole). I just need to get through the weekend, then this flu can lay me down if it wants. Please just give me the weekend.

The photo is of street art posted in Freemans Alley, where new and overlapping expressions of human creativity and populist sentiment appear daily. It's a never ending art exhibit, an egalitarian public gallery, my new favorite place in the city.