Conversations I have now 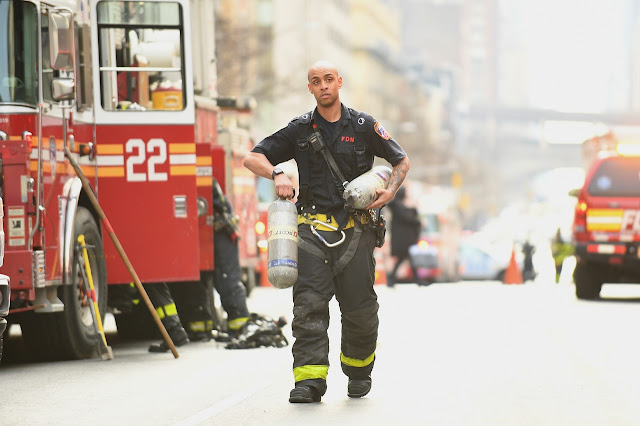 "Were you at that fire on the East Side last night."

"Where the fire was?'

"What time did the call come in."

"How long did it take to put the flames out?"

"I saw on the news that a lot of people got injured."

"Yeah, I dragged two bodies out. They're both going to be okay though."

"I'm good, just tired. It's not like I got much sleep last night. I'm leaving work now."

"Want to come here and sleep?"

Here is the information posted online about last night's fire: "At 1:54 a.m. today, FDNY was called to 515 East 72 Street in Manhattan for report of a fire on the 24th floor of a 41-story apartment building. The door from the fire apartment to the public hallway was left open; allowing the fire to spread beyond the apartment. Calls to 911 reported smoke on all 17 floors above the fire, which escalated to a 2nd alarm, bringing more than 100 Firefighters, EMTs, and Paramedics to the scene. The fire was brought under control at 3:42 a.m. There were 22 injuries at this fire; 2 critical injuries, 2 serious injuries, 14 non-life threatening injuries, and 4 injured Firefighters."

My son was with other people at the firehouse when I called him earlier, hence his monosyllabic responses. He just called me back to explain that. "Okay, you can ask me anything now," he said, and then he went on. "The main thing to know is if there is ever a fire, close the door. These people left the apartment door open after they ran out, which meant us having to crawl through a smoke and fire filled hallway we knew nothing about, unable to see anything as we tried to connect hoses and find the right apartment. It also meant people in surrounding apartments suffered deadly smoke inhalation. The two people we dragged out were technically dead from it, but fortunately the medics got back a pulse in both of them. Closing the door is really the most important thing. It's the difference between me walking down a clear hallway to your door and being able to be in control of the fire as we put it out, and dangerous, blind chaos."

He confirmed that a couple of firefighters were burned—"It's a fire, Ma, you get burned," he deadpanned when I sucked in a breath—and the outer covering of someone's helmet melted. But the burns were minor and everyone is basically okay. Honestly, every time I ask about his job, I discover something else I didn't know to worry about. Helmet covers can melt?!? In any case, now we know. ALWAYS close the door behind you. This concludes our public service announcement for today.