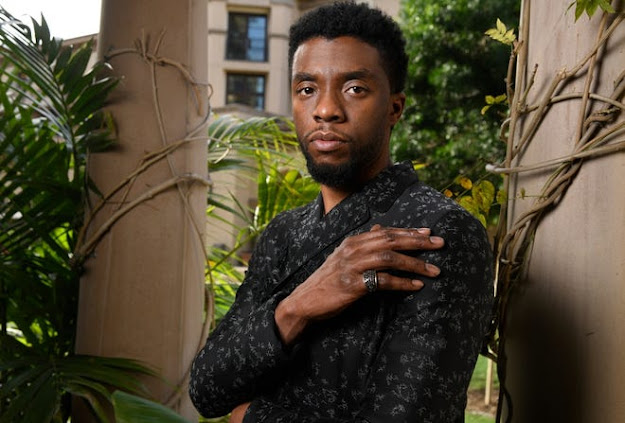 The losses pile up. Everyone I know was reeling last night at the news that Chadwick Boseman had died, and that he had been fighting colon cancer for the past four years. The painful press release put out by his family ricocheted around our electronic devices. We didn't know. We weren't prepared. He did amazing work between his surgeries and chemo appointments, portraying Thurgood Marshall, Jackie Robinson, James Brown, and the iconic Black Panther in that time. He also starred in 21 Bridges and Da5Bloods in those four years, creating a body of work most people never achieve with decades more of robust life. He understood that representation matters, and must have decided to live into his legacy in the time he had left. By all accounts, he was a kind and loving man, his smile like the sun. My cousin called him "that adorable chocolate drop of a king," and he visited children fighting cancer and brought them cheer till he couldn't anymore. He is a hero to me, as to so many who had never had a Black superhero to celebrate before. Parents of every color are sharing how their children lived in their Black Panther costumes for weeks on end, greeting everyone with "Wakanda Forever." I wrote about the resonance of Chadwick Boseman's performance in the film here and here; wrote about how at the end of a Marvel superhero movie, my husband and I sat with tears washing down our faces as the credits rolled. We felt deeply the power of that fictitious universe with Chadwick Boseman as our undisputed king. As Trevor Noah put it, "Yes, he was our king. Not because we served him or because he ruled. But because of how he served us in everything he did. He played a hero on screen and lived like one in real life. From South Carolina to South Africa, he made so many of us proud of who we are and for that, he will always be our king." Thank you for your life and your art, brother. Your legacy lives on.