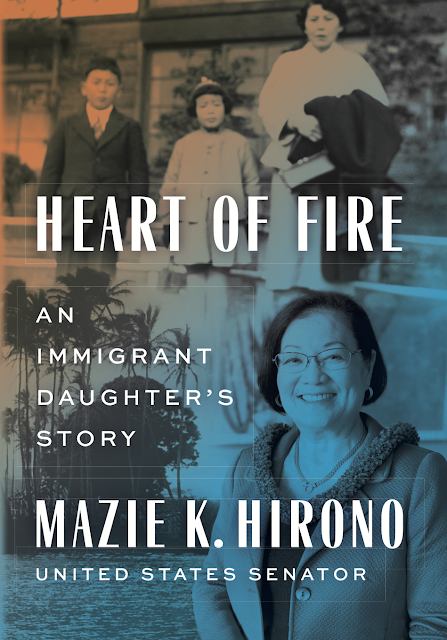 The book I wrote last year and was updating as recently as inauguration day got a decent critique from the famously hard-to-please Kirkus Reviews:

"The life story of the first Asian American woman and only immigrant in the Senate. Hirono was born in 1947 in a rural town in Japan. Following years of abuse, her mother escaped back to her native Hawaii with the author and her older brother in hopes of a better life. Being a single parent, she had to work multiple jobs to support the family. “She had a heart of fire and would always pick herself up and try something else, seek another way forward,” writes Hirono. “Mom didn’t believe in feeling sorry for herself or in bemoaning her circumstances. She intended to take care of us, and in that purpose she never wavered.” They initially lived in a “small, windowless room” in a boardinghouse and had no access to health care. These early experiences became pivotal in her decision to pursue public service in order “to help the most defenseless among us.” Given her cultural roots in Japan and Hawaii, as well as the often unfair expectations placed on women in politics, Hirono often exercised restraint in showing her emotions in order to get measures passed during much of her early political career. However, her demeanor changed markedly following the 2016 presidential election. No longer could she stay silent in the face of grave injustices. “My expectations of the most xenophobic, misogynistic, corrupt, and self-dealing president in history could not have been lower, yet he would sink beneath even that, plunging the nation into one crisis after another,” she writes. “There was no end to the cruelty, compulsive lies, and outright fraud perpetrated by Trump and his enablers.” With both ferocity and compassion, Hirono chronicles her experiences in Congress, exposing the rampant hypocrisy and illogical behavior she has witnessed. At the same time, warmth and love shine through, as she attributes her success and determination to the example set by her mother. A heartfelt and fiery political memoir and immigrant story."

And (be still my heart) this week, Booklist weighed in with another strong review:

"Hirono is fierce and forthright as she shares the life experiences that led to her becoming a U.S. senator from Hawaii. Born in Japan to an American-born Japanese mother, Hirono chronicles her early days in rural Japan, her family’s migration, and extreme poverty in Honolulu. Hirono’s deep reverence for her mother, who fled a bad marriage with her three children, comes through in her account of how she was motivated by her mother’s quiet persistence as a proofreader and inspired gardener. Hirono traces the psychological impact of her family's struggles on her choices as a public servant. Her unsentimental yet transparent sharing of her personal history makes this memoir a gripping read. While Hirono’s ideological evolution over the various stages of her political life is fascinating, her grit and determination make this a motivating story even for those who are not ordinarily interested in politics. Recent events in Washington, DC, and Hirono’s part in them make this a very timely reminder of the varied and significant backgrounds guiding our nation’s lawmakers." 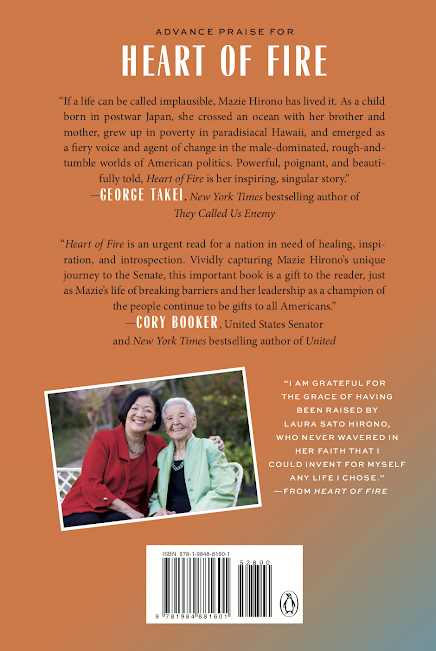