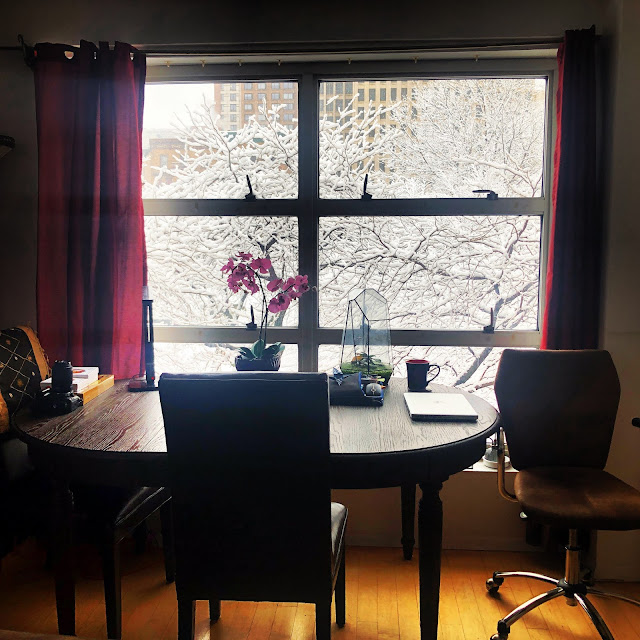 I think we're all hitting a wall with staying inside, but what choice do we have if we want to do our part to keep our neighbors safe? It's just the man and me in our little nest again, as our niece completed her move to Brooklyn last Friday. I'm happy for her, though she is encountering some of the stresses of living on her own for the first time, things like having to call plumbers and assemble furniture and hang privacy curtains over her lovely wall of windows. My husband surprised her with her own toolkit, one that holds every implement she might ever need. He did the same thing for our son and daughter when they first moved out on their own. He is of the opinion that every independent household needs its own tools. She's slowly acquiring new items for her space, so she'll need those tools again and again. Last Saturday, her boyfriend drove her to pick up a chest of drawers from Ikea, and she spent all the next day building the drawers and frame, an undertaking that left her exhausted but also with the feeling that she could now build anything, bring it on. Her mom is perplexed by the unfinished concrete ceilings, complete with random yellow paint lines, but her daughter assured her it's not an oversight, it's industrial chic.

It's been a snowy winter in the city. The ground outside my windows has been covered for going on two weeks now, which hasn't happened in years. The second impeachment trial of Donald J. Trump begins today. I doubt the Republicans will have the courage to convict the man for inciting the January 6 insurrection. It doesn't matter. For the sake of history, the very effort to hold the treasonous president accountable must be made. And so I'm sitting right there beside that window, between televised justice and the winter snow, working on my sample chapter for the book proposal. This project feels hard, but don't they all till they're done, and really, if I didn't have work to do, no matter how much it makes me churn, I'd be climbing the walls with boredom. Of course, having my love here with me in this extended lock down makes even the boredom congenial. It is good to be in the company of one who takes life as it comes, and doesn't rail much against the fates. A stalwart. A pragmatist who sees the need for toolkits, and who no matter what, simply carries on.

One of my daughter's closest friends turns 28 today. Happy birthday, beloved girl! There they are, my girl and the kindhearted soul who was already part of her enduring friend group, twenty-three years ago, on their first visit to The Farm. 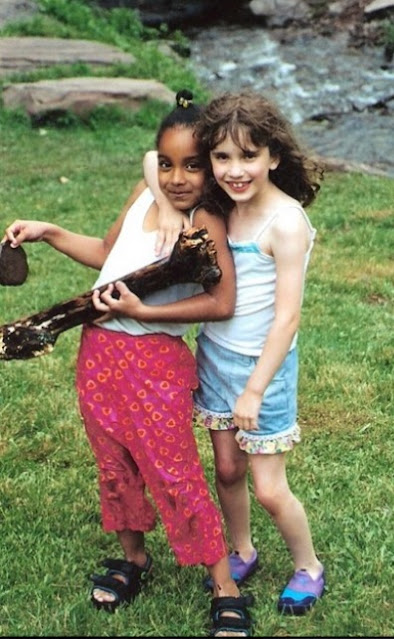