Of safety and welcome 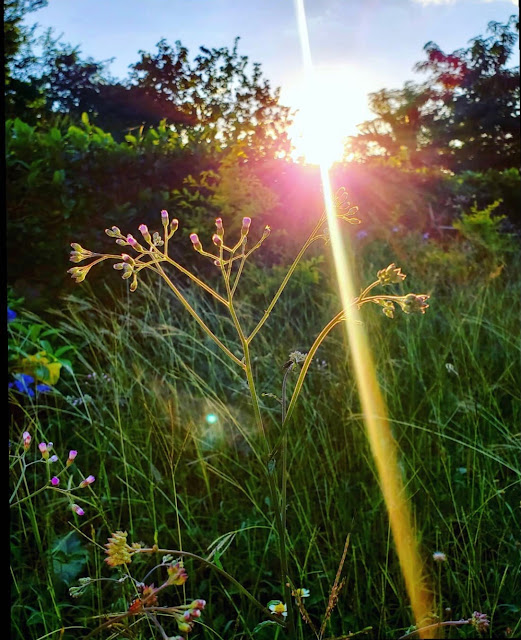 One hundred years ago on Memorial Day weekend, in Tulsa, Oklahoma, in the city's Greenwood District, an area known as Black Wall Street, prosperous Black families who had made a thriving community for themselves, went about their daily affairs. They had built elegant houses, a Black hotel considered one of the best in the world, banks, law firms, and flourishing businesses and schools, until on May 31 and June 1, one hundred years ago, their district was bombed from the air and incinerated from the ground as whites in Tulsa set fire to the entire kit and kaboodle, whole neighborhoods of families burned in their homes, with many who tried to flee shot and killed, and those who did manage to escape left homeless and penniless, concentrated in camps, their generational wealth in real estate and careful financial investments stolen in broad daylight, with no one ever held to account.

I'm ashamed to say I was a grown woman before I discovered what happened in Tulsa, Oklahoma at the end of May 1921. I can still feel my naive and chilling disbelief that an entire community, thirty-five city blocks, had been razed to the ground in two days. Afterward, they put a highway through Greenwood so its residents could not rebuild. Many Americans still know nothing of the Tulsa race massacre. Some only learned of these events when they watched the opening sequence of the HBO series Watchmen, and were so astonished by the scenes of white mobs firebombing Greenwood, murdering its residents, mercilessly plundering their wealth, that they asked again and again, Did this horror really happen? Could this possibly be true? It did happen. The horror is true.

What happened in Greenwood didn't appear in any history books from which our children were taught. And this week, the governor of Oklahoma signed a bill that bans the teaching of history that makes people feel uncomfortable, or that might make them feel any sense of responsibility, sorrow, or shame for past events. In other words, he banned the teaching of any and all the racial atrocities that are so woven with the history of this country. Look it up. The bill is so wrong as to be absurd. As someone said on a TV news program this morning, we have to start getting a little more comfortable with discomfort or nothing will ever change. Granted, nothing ever changing is the dearly held hope of many.

The fact is, the burning of Black Wall Street was not an isolated event. Across the South, and in the North, too, booming Black communities that sprang up in the aftermath of slavery were burned to the ground, their residents killed or run out of town, their hard-earned wealth destroyed to stolen, until at last Black folks clustered in concrete inner cities, seeking safety in numbers, starting again from scratch, their future generations mired in poverty and lack of opportunity, their freedom to travel where the wind might take them a wanderlust that could get them killed.

A month ago, a friend, the mother of a boy who went to school with my daughter in New York City, told us of her son driving cross country just for the lark of it, and how he stopped for a few weeks in a small town in Utah and loved it so much he decided to move there. This young man is white of course. A young man of color would not have dared to stop in white rural Utah, and perhaps would not have considered a drive cross country to be a lark, knowing the rural stretches of Trump America he might have to pass through, small towns where his humanity might be despised to the bone. No one talks much about this aspect of racism here, the way it clips the wings of our young, limits the geographic range of their dreams. I was happy for my friend's son, that he had found a place that spoke to his soul, but I couldn't speak for a few moments as the truth assailed me of how curtailed my own children's movements will always be in this country, if they hope to be safe, that is.

Not entirely incongruous to the musings of this post, the photograph here was taken by my niece Arrianne—morning light somewhere in Jamaica. Having migrated to this country forty six years ago, recently I find myself wondering what my life might have been like if I had just stayed in my first home. I realize that to some, no matter how long I live and work and pay taxes here, I will never belong. It is useless to ponder this, my husband says. We met in New York City. Our children were born here. They are American. Perhaps I might not have met and married this beautiful pragmatic man if I had not chosen to live here. Perhaps we are simply meant to be here, the evidence for that being the fact that we are here.

Still, I yearn so hard of late for the spiritual safety and welcome of my first home, the green and blue island of my birth, it sometimes makes my vision blur.