The photograph here is me at age 18. I had promised to post a picture from my teen years, but the photos from that time are all faded to a general brown with lint-like spots that did not come from the scanning glass. I tried to minimize the lint in this image, not entirely successfully. I did not smile in photographs from that time. It was pre-braces, not pretty; I didn't wear orthodontics till I was 23 and newly a working reporter. I must have been self-conscious about my teeth before that, even though I spent a lot of persuasive energy convincing my dad there was no need to mess with nature. I couldn't correct the color of this print much, but was able to make the image sharper. I sported a kinky-fuzzy-curly afro until I graduated from college. Sometimes it got very large, like a stop sign. Not in this picture, though. I am at the back door of our house at 37 Paddington Terrace, during the summer after my freshman year. My father took this picture. 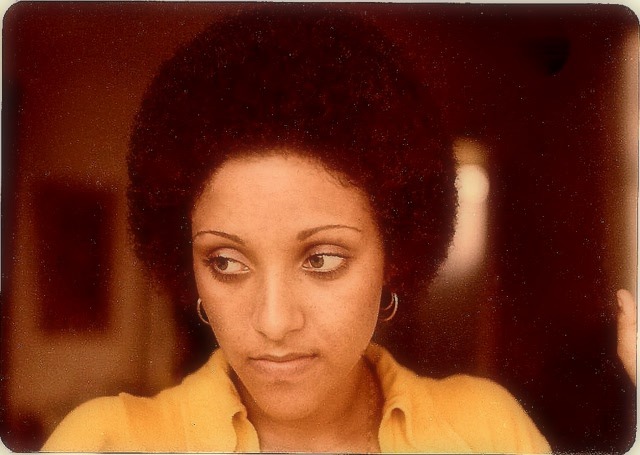 I've been playing around with photo editing programs this evening, just seeing what they can do. Here is an image taken when our girl was 11, during her summer at farm camp. It was parent visiting weekend, and the kids had already been cavorting in the lake by the time the parents arrived. I snapped this picture of my husband and daughter greeting each other. It was a precious moment but a very unsatisfying photo because the color was pretty washed out. Picnik did a fabulous job of punching up the color and now I think the photo isn't half bad. 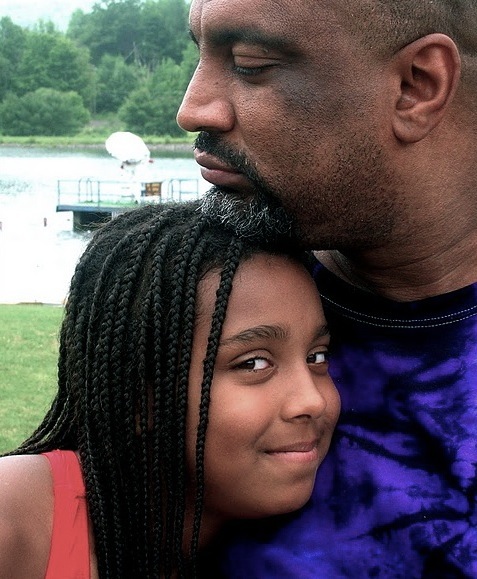 We took our niece to the airport this morning and now she is back in Jamaica, plotting a beach trip tomorrow. Jealous. We spent the afternoon in Ikea, and came home with a chair and a bookshelf for our son's room, and some cool accent pieces. My daughter and I are having a ball putting the room together before my son returns next weekend. Oh, he got himself another tattoo over there in England. On his ribs. This is number two, which means there will most likely be a third at some point. They say people either get one or three. They never stop at two. Not sure how true that is, but it's what I've heard. Here is the first tat he got, a stone cross and wings, which he said was in honor of his grands who had passed on. I manipulated this in Picnik, too, slightly blurring everything but the tat, boosting the black and giving the image a polaroid frame. 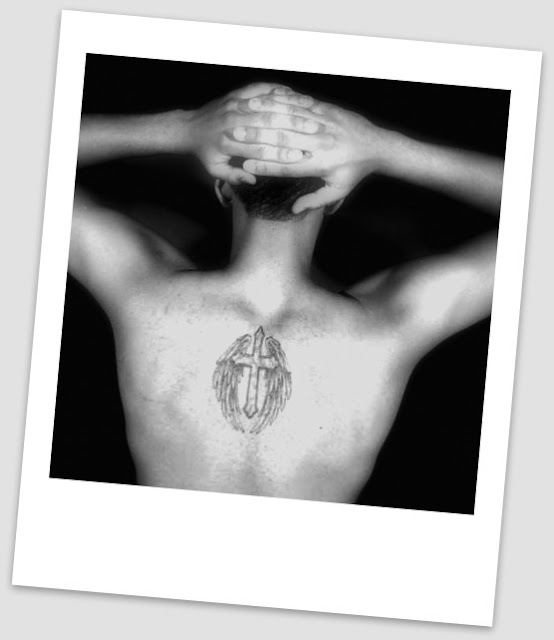 One more. I wanted to see my son's face in this post. I wanted to make this one look like it was done with lomography, a new-old process that has me a little intrigued. I miss my boy and look forward to his coming home a week from today. 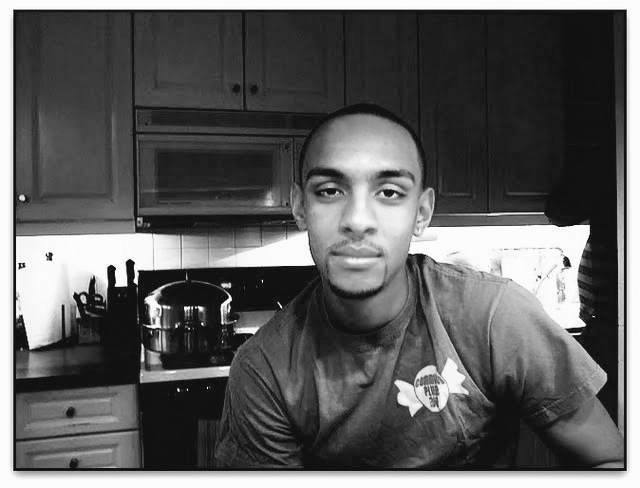 Research: What are your favorite photo editing programs? Why do you like them? What do you mostly use them to do?