While folks are talking about the rapture, I'm thinking about the huge spirit work my brother in law is doing on the restoration of St. John's Cathedral in St. John's, Antigua. This was the church where I first saw my husband, and where two years later I first introduced my parents to his mother after Christmas morning service in 1983. Two Christmases ago, while a school group was rehearsing a pageant play, a teacher fell through the floor of this 164-year-old Cathedral, alerting everyone to the fact that it was crumbling beneath our feet. Fortunately, the teacher was not badly hurt and recovered fully. In the months following, the particular events of my brother in law's life positioned him to step into the role of project manager, chronicler and archivist of this massive restoration project. He's perfect for it. His love for this church, in which he grew up and where his mother's final service was held, is boundless. 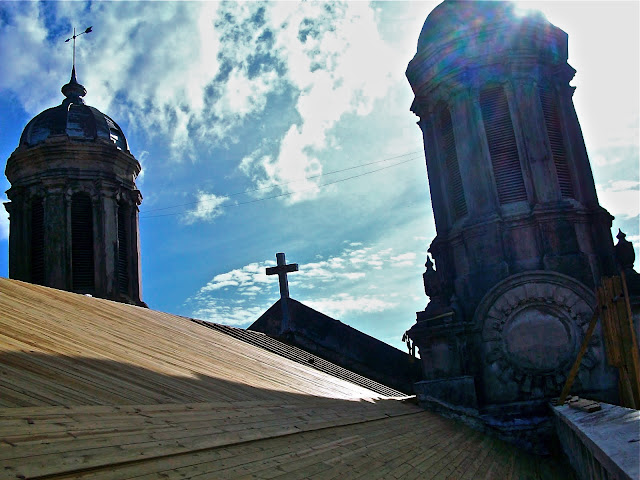 I once remarked to him that his photographs of the project remind me of a great ship, both the inside views taken from the Nave, and the outside shots, which could only have been taken by standing on the soaring deck of a roof. A few weeks later, he sent me this email:

"Hi Sis, I was doing a report when I came accross this definition of the floor layout of a cathedral. What caught my eye was the following text: 'The nave is the central approach to the high altar, the main body of the church. Nave (Medieval Latin navis, "ship") was probably suggested by the keel shape of its vaulting.' Your impressions of the roof of the cathedral were quite on the money." 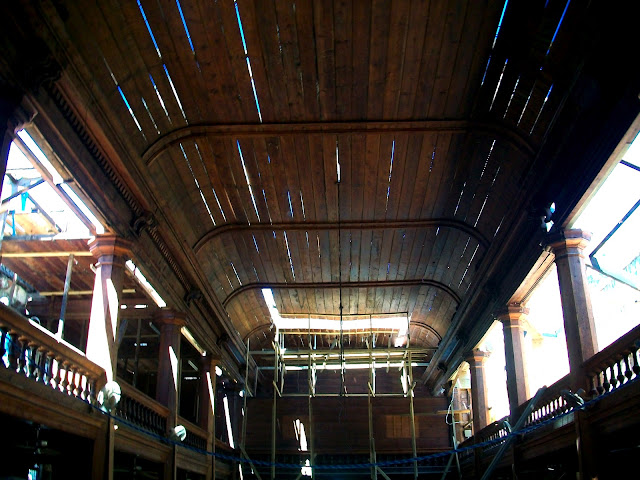 All his experiences, every gain and loss, even the events that seemed like wrenching setbacks, led him to this. I'm thinking how we're all together in this ship of souls, and we never know what is in store for us. No matter how we try to control the way things unfold, really all we can do is take committed action and then reach for serene detachment from the outcome. For our brother, the outcome turned out to be this sacred work of restoring to its former glory a Cathedral that has cradled two centuries of prayers. 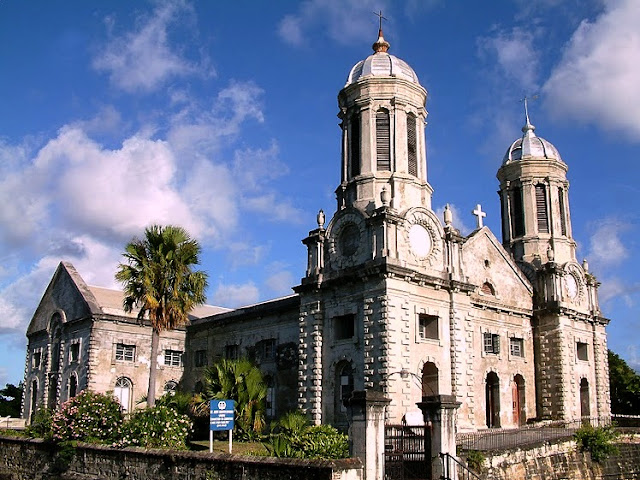 This train of thought reminds me of my favorite quotes, attributed to Lao Tzu. It goes like this: "Knowing love, I will allow all things to come and go, to be as supple as the wind, and take everything that comes with great courage. Life is right in any case. My heart is open as the sky."
Posted by 37paddington at 5:50 PM