As of today, my son is a rising junior. Two years of college under his belt already! His life plans are evolving too, and I am enjoying my role as receptive listener as he works out how he wants to set himself up for the next step. In high school, he eschewed a long graduate program in general and medicine in particular, saying it was just too many years in school. But now he is seeing how quickly those years go, and he is reevaluating.

He's still interested in sports medicine, and also in being trained to the hilt as a first responder, and sometimes he even flirts with the idea of being an army medic, which makes my heart seize. But I just listen, because to do anything else would cause him to stop sharing his thinking, and there are several other good options he is weighing as well. Besides, we are now at the stage where the clay of his life is his own to shape. I am merely an intensely interested and loving spectator. The main thing is he is actively thinking and planning for his future, and that thinking and planning involves his intention to make a living. Success!

Here he was with one of his two roommates, this one also on the track team, on move in day last August, the first day of his sophomore year. My son has been very fortunate with roommates. These guys have become like brothers. 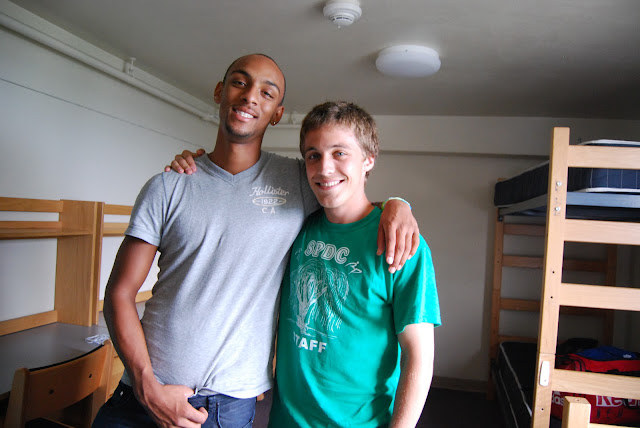 Here is my boy with his fellow trackies at States last weekend. My son placed sixth in high jump and didn't place in hurdles because of a collision with an adjacent runner who fell into his lane. He was somewhat disappointed with his performance, but not so much that he didn't put his whole heart into cheering for his other teammates. 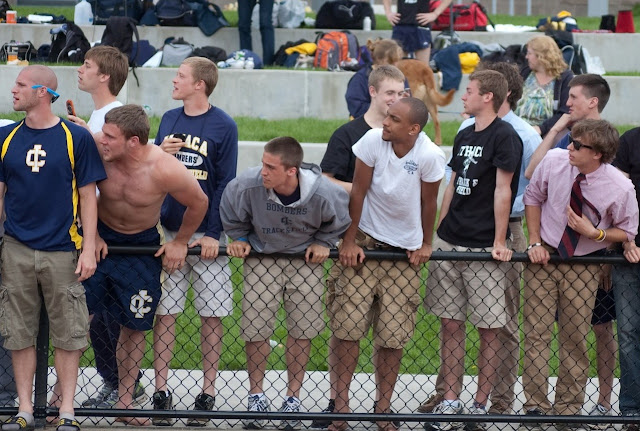 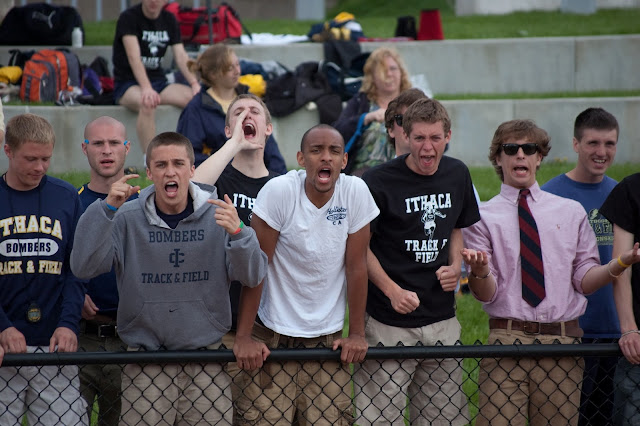 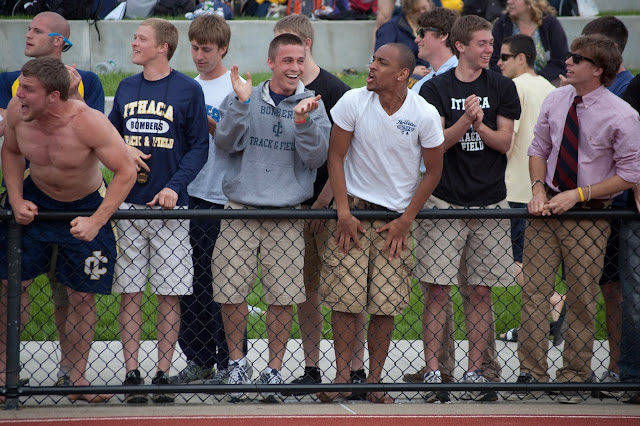 Looking at these pictures, it's seems to me my boy is among kindred energies. Indeed, my son has described how he and his roommate, the fellow trackie in the grey hoodie above, will be standing in a group talking and they'll just start to bounce on their heels and bob their arms up and down just to throw off all the buzzing energy. Then they'll break into laughter at the fact there is another human being in the world who understands the electric crackle they live with. Thank God for track is all I have to say.