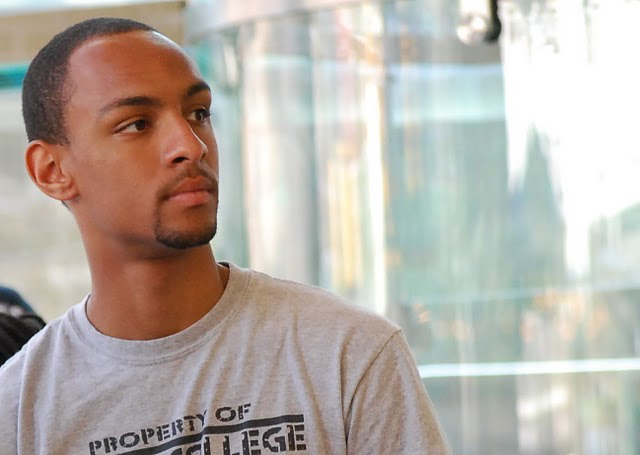 Today is our son's birthday. He is 21 years old, the age of majority. We love him so.


I can remember him as little boy, a perpetual motion machine, always with his bear whose name was Cat, his churning brain noticing everything, asking everything, curious and mischievous and laughing and sweet.


When he came home from college two weekends ago, just showing up on our doorstep that Friday night, clearly pleased with himself for pulling off the surprise, I realized more than ever that my boy is now a man. One clue was the way he straightened up the living room after himself on Sunday, carting cups and plates he had used to the kitchen where he unpacked and then packed the dishwasher and took out the garbage and wiped down the counters. Without being asked.


And then, before he had to catch his bus, he and I went to the Apple store to get his sister a promised iPhone 5 so he could take it back to her at college, but they were sold out, so my son and I just walked down Broadway, talking about everything, and he made me concentrate on how I walked, the particular gait I have that over the years has caused injury. He says I need to relearn how to walk, that I walk from the hip, with the knees locked like a wooden soldier, which is why things are wonky, why I have pain, and he carefully coached me on walking through the knees, bending and lifting them, so basic really, and it was indeed less painful but very awkward. He said, let's just walk like this for a while, so you can practice, I've got you, and he took my hand in his big one, held it firm, and I felt as safe and taken care of as a 5-year-old, no longer at risk of tripping over my own two feet, or an imperceptible bump in the sidewalk. He walked beside me for more than a dozen blocks, my son, tall and rooted, a good and strong and steady man.


Later, when I dropped him off at Port Authority so he could catch the bus back to his college, where he is a senior majoring in exercise science and minoring in sports psych, he kissed me and jumped out the cab, gracefully weaving his way through the crowd, and I felt tears on my face as I watched him disappear into the terminal, so grateful for the time we had shared, the communion, neither one of us irritable with the other, both of us expressing the purest form of love, the kind that allows each other's quirks, acknowledges and embraces them, even smiles indulgently at them. I think I cried after he left because I realized how much he loves me after all. As I love him.

When I said this to my husband later, he said, Of course he loves you, as if the thought that it could be otherwise was supremely silly. And I suppose it is.

Happy birthday, my darling son. There is no other boy in the world I would rather mother. I love you with all I am, forever.