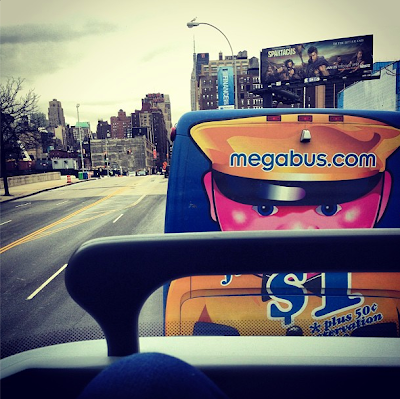 In Boston yesterday, on a street corner near the site of the explosions that devastated the city two days ago, a musician took a clarinet from its case and played a pitch perfect rendition of "The Star Spangled Banner." The pedestrians who surrounded him as he played had tears running down their faces.

Many have mentioned the fact that when the bombs went off on Monday at 2:50 p.m. at the finish line of the Boston Marathon, on tax day, on Patriots' Day, the vast majority of people ran not away from the blast, but towards it, to help their fellow citizens. Other runners kept going past the finish line, heading to nearby hospitals so that they could give blood to the injured. I thought about my son, who feels called to be among the first responders in any crisis, a desire born in the ashes of 9/11, a desire that has never waned.

Still, he was in my camp as my daughter and I debated whether she should go through with a planned trip to Boston this week. My son and I felt the city was still so fragile, too much was unresolved, she should reschedule her trip for another week. But she was determined to follow through on her plans, with her dad's blessing I might add. After getting nowhere in trying to dissuade his sister, my son said to me, "Well, I guess it's okay for her to go. After 9/11, you didn't keep me locked up in the house." I said, "But you knew New York City. She doesn't know Boston." To which my daughter replied that when 9/11 happened her brother was 9 years old, while she is 19 and can be trusted to figure things out.

She is on her way to that wounded city now. She once studied the clarinet, even though that haunting instrument has remained locked up in its case on a top shelf in her room for a few years now. Still, when I heard the story of the street corner clarinetist in the news this morning, I decided he was a messenger of peace, and that my daughter and all the good people of Boston and this nation will weather the troubled aftermath of tragedy with clear-eyed purpose and humanity, which is the best any of us can do.