Thoughts from the Audience 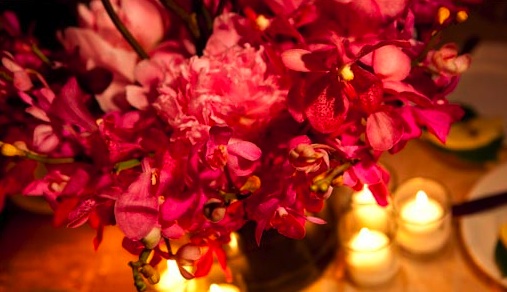 One of the stories I edited won a fairly major award last night. I sat with my colleagues at the fancy schmantzy award dinner, the table setting to die for (I notice these things now that my daughter aspires to be in the hospitality business), and listened as they announced our win. I was relieved that I wouldn't have to go up to collect the award. At this event, the editors-in-chief went up on stage for the photo op and the small speech thanking the ones who actually made the story happen. The story editors and writers collected our plaques from a table afterward. I was fine with that, but should I have been?

Throughout the ceremony I noticed something: All the editors-in-chief, the power players, are beautiful thin people. This, I think, is not a coincidence. I'm not even dealing here with the fact that they are also almost exclusively White and male and for the most part come from privilege. That's another post. Right now, I am dealing only with the bodily ease with which they move through the world. They ran nimbly up the stage steps the get their awards, moving sleekly and gracefully to the podium, no self-consciousness in their movements, nothing awkward at all. Those of us who have spent our lives deflecting other people's gaze don't tend to ascend to such positions. We don't have the body comfort, the attractive ease of movement that makes some people unhesitating about stepping onto the grandest stage of their lives, putting themselves in the spotlight.

Studies have shown that people are drawn to those with whom they have body comfort, who are more like them than not (and no, I'm not going to find and cite any of the studies because this is an unmonetized blog post, so I get to play a little fast and loose). I could see how that applied to the power group up there on stage last night. They had such a physical sameness. The chummy air as they thanked one another and praised their long-standing friendships made it clear who was in the club and who stood outside.

No doubt membership in the club might require one to be more extroverted than I am. It definitely requires a level of body comfort I will never have. The power group certainly seemed supremely comfortable in their skin, the men joking easily like chosen princes as they addressed that room filled with their peers. Let's be real: I envied them. I felt like an underachiever, a shrinking rose, the one laboring in the wings whose name makes it onto the award plaques but whose feet never walk across the stage. Perhaps it is neither a good thing nor a bad thing but simply a fact that last evening I had no desire to be up on that stage.