I could wade into the whole discussion about government surveillance in the name of national security this morning, and muse about the motives of so-called whistleblower Edward Snowdon, who told the world what anyone who's ever used Google or Facebook or a smartphone already knew, that our information can be hacked into at will and is as available to government agencies as it is to corporate marketers, none of this one bit illegal by the way, even if you think it should be.

I could express my bewilderment that a 29-year- old community college drop-out (who voted for Ron Paul, which we can pretend is irrelevant) was able to rise through the CIA and NSA to secure himself a $200K-a-year job with the highest level security clearance, and who, as Steven Colbert joked last night, objected to living in a country where the government spies on its citizens, then fled to China.

I could be honest about the fact that with another president in office I might be a tad more dusted up about this, as I certainly was when Bush passed the Patriot Act, but I also realize we have had two wars since, and that the same politicos who are crying foul about PRISM—the surveillance program that has access to Google, Facebook and Apple but not, apparently, to Twitter, which continues to say no to NSA requests to open its floodgates—are the first to pummel the government for not more fully surveilling and foiling the Boston bombers.

I could admit that I realize we can't have it both ways, and observe that sixty-two percent of American citizens polled accept that national security requires some compromise of privacy, and how much privacy do we believe we actually have left anyway?

I could get really opinionated about all that, the way I do, but I won't. Instead I will just post this photo I happened across of my daughter's class during one of their fifth grade farm weeks. That's my girl in the red plaid flannel pants third from the right in the front row. Better to keep the focus squarely on the good, don't you think? 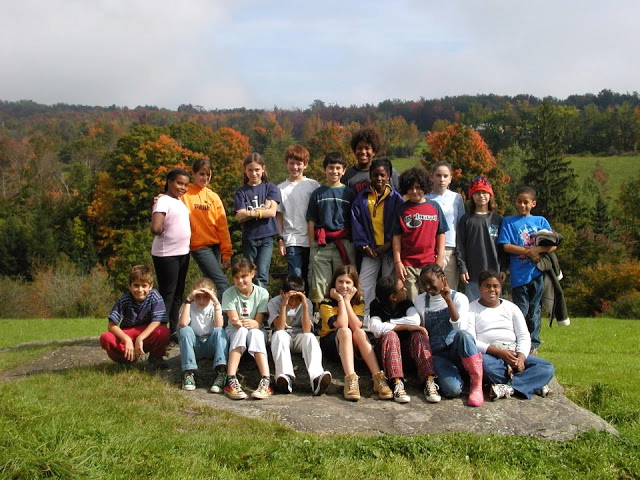