You know I adore a good then-and-now photo comparison. My friend, engaged in a marathon weeding out session in her apartment this weekend, found this fabulous image of her son (left) and another boy, both of them one-time classmates of my daughter and still her friends. The boy on the right is also our neighbor-under-the-scaffolds. The photo was taken when our kids were in fourth grade and these two were just starting to imagine the band they would have, playing drums on the desks and miming guitar riffs and writing tween-boy songs. 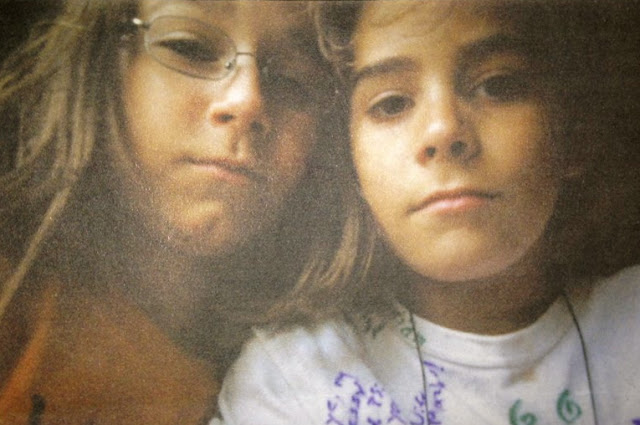 Well, just look at those boys now. Both majoring in music performance in college, they play gigs almost every weekend at increasingly prominent venues. They've also cut a CD and last year they went on the road for a few weeks, opening for a bigger band on tour. After my friend posted the photo above on Facebook, someone commented that it will make great album cover art for the future. 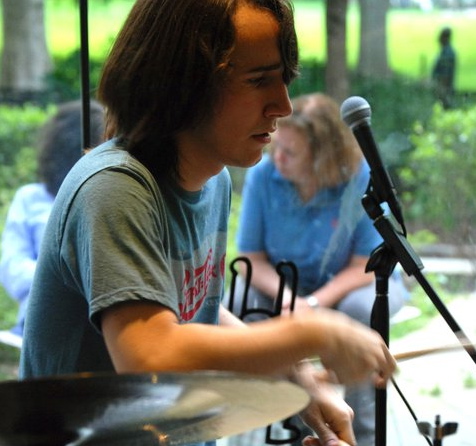 The band's name, unchanged from the boys' subversive 13-year-old choice, is Shitkill, a name that used to make their mothers cringe but that now rolls off their lips with the ease of a shrug. The drummer is the kid on the left in the vintage photo. The guitarist is the kid on the right. These boys always did seem to be possessed by their dreams. 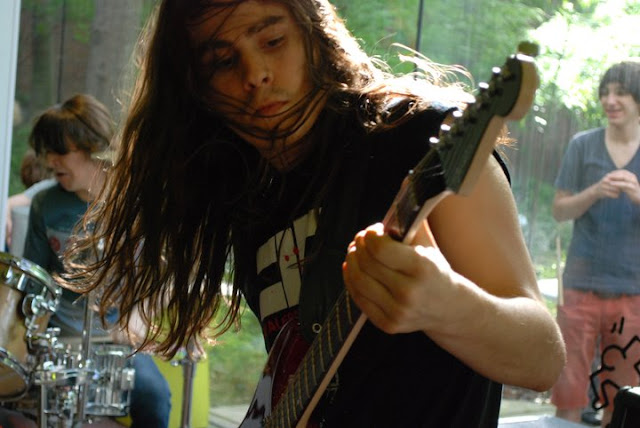 All this to say, the things that occupy our children, the way they play, the pursuits that capture their imaginations, have power. Their dreams are the clay of their future selves, and if we can help them keep it soft and malleable, they will be fearless, turning childhood fantasies into inevitability, fashioning lives they can love, or at least that's what I'm thinking and hoping and praying on today. 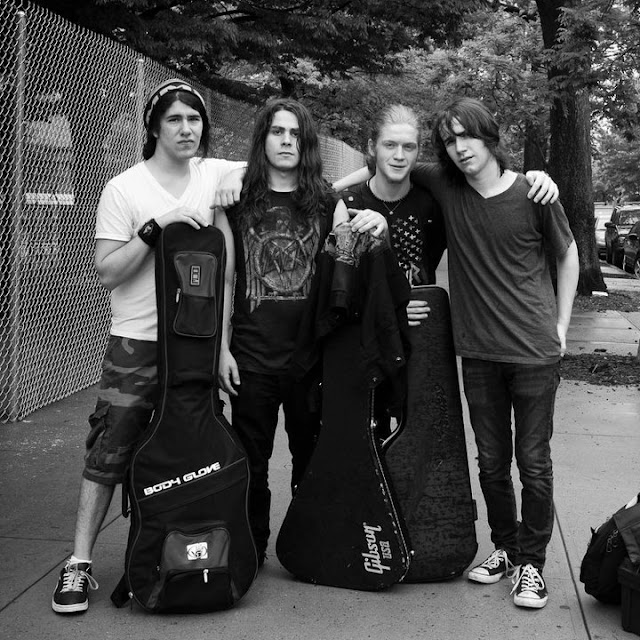