The present is prologue 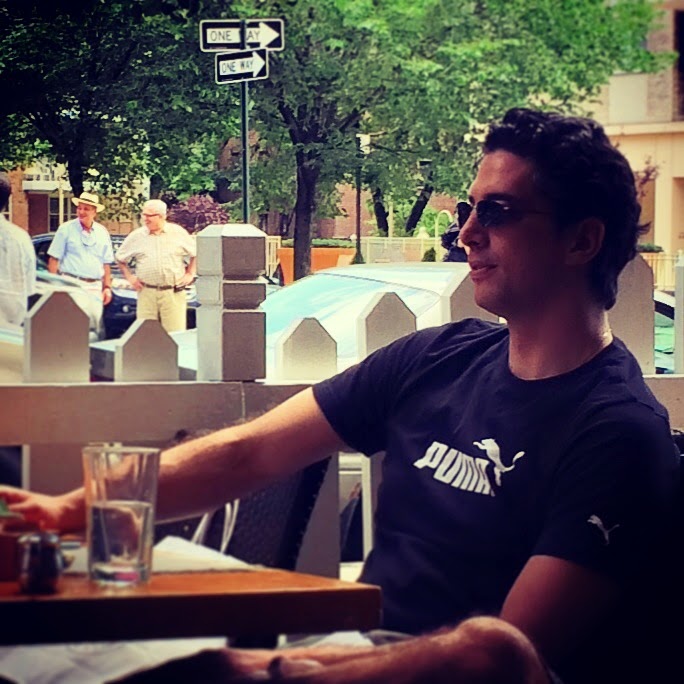 My husband wanted to know who was this man whose photo I had so boldly taken. The only boldness was in enlarging him to be the central focus of the frame, which I did when I noticed his soccer-star good looks and peak physical fitness, juxtaposed with the two older gentlemen on the street outside the restaurant. One day, if he is lucky, this Adonis will be like them. The present is prologue. 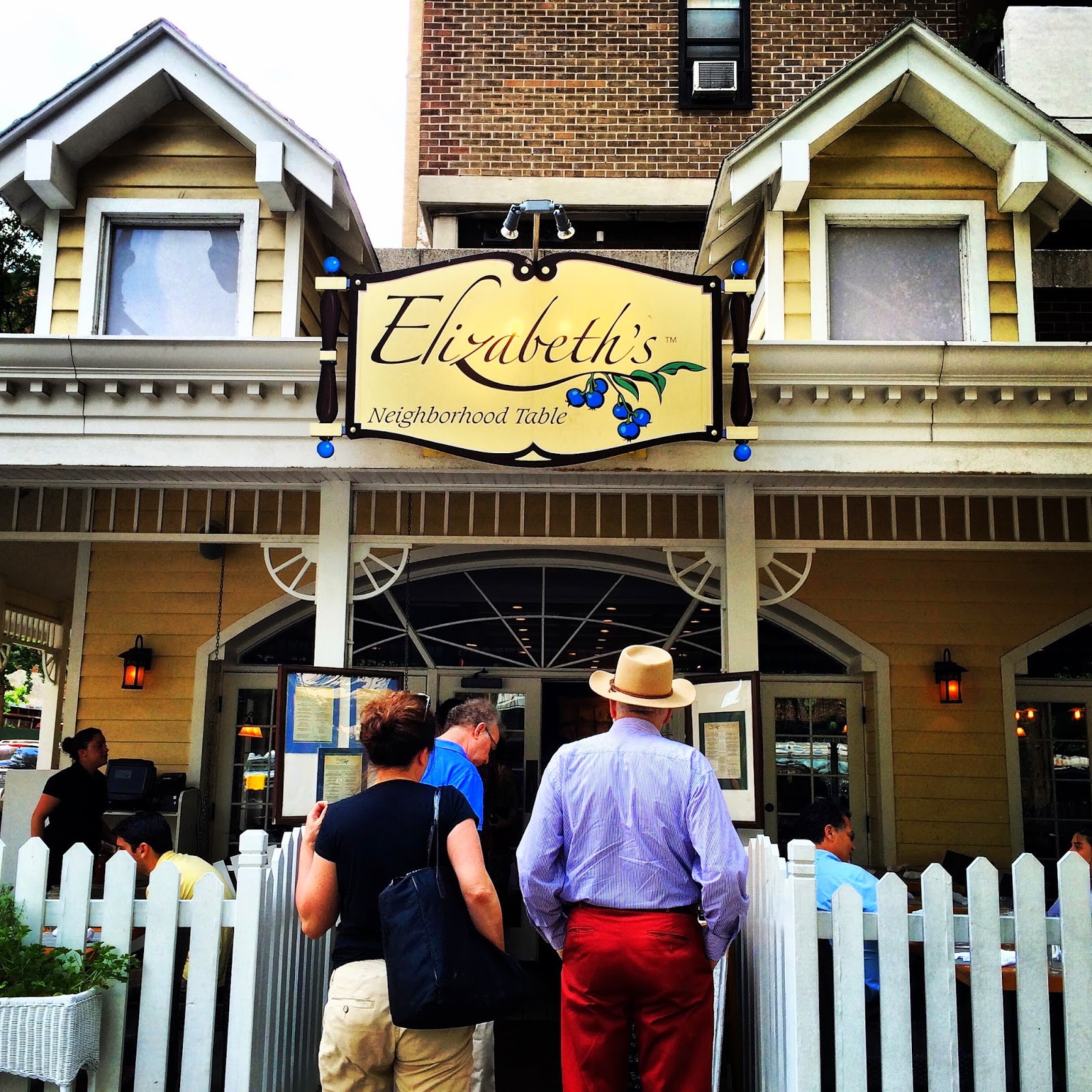 I went out to brunch with two women friends on Sunday, to a place I'd never tried before. It was called Elizabeth's, which made me think fondly of you know who, and it had a sidewalk section that was designed to look like the porch of a genteel Southern farmhouse. The day was cool and breezy and my friends and I talked about our lives and did friend therapy with one another and it was lovely. 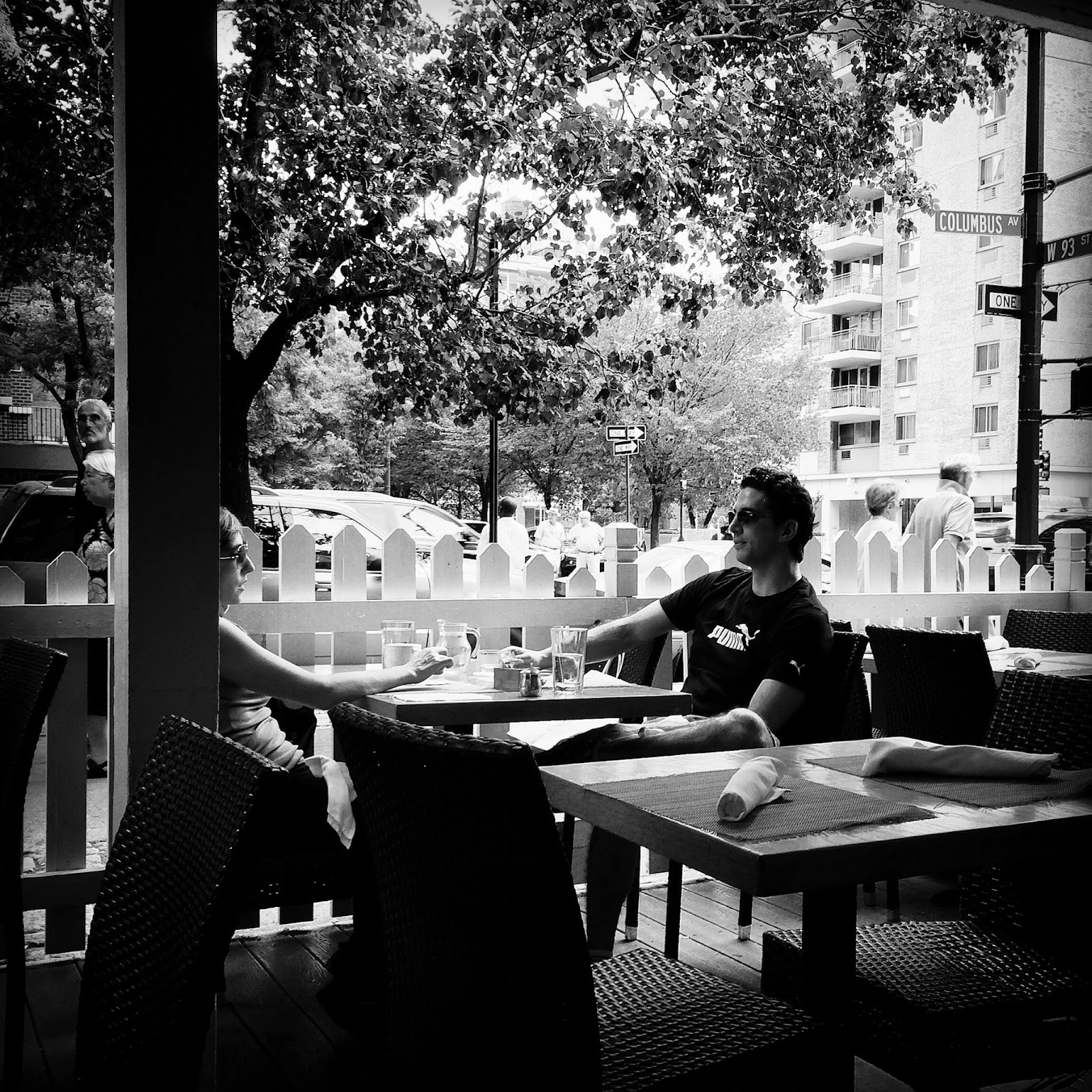 Here is the more pulled-back version of the photograph up top. I can't decide whether I like it better in black and white or color. Maybe I'll come back later and remove one of them. An informal survey: Which one do you prefer? 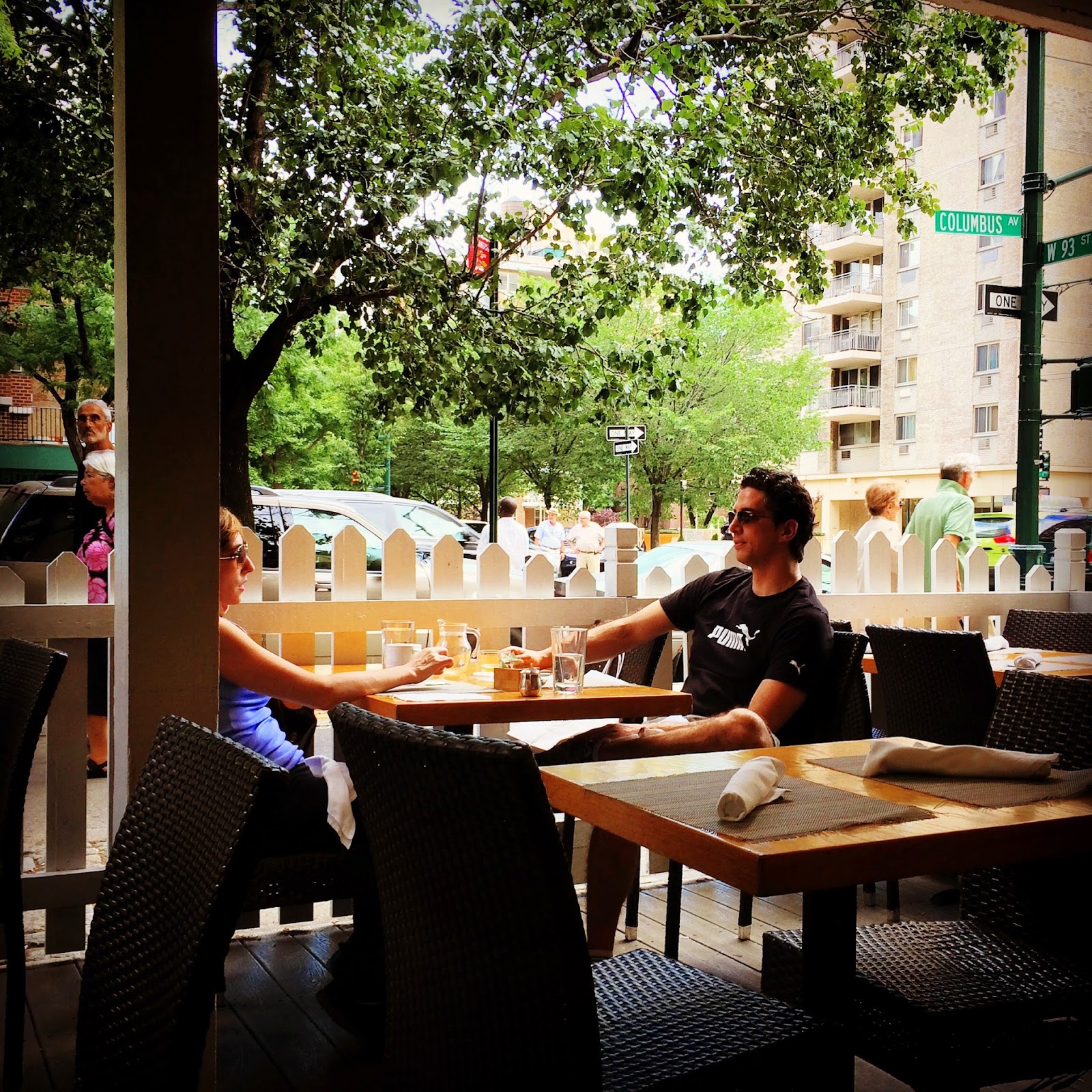 I've been dining out a lot lately. It is practically the main pastime in New York City, and I have to admit I enjoy sitting in sidewalk cafes in the good weather and people watching with my friends. I think the yolk of that egg looks like a perfect yellow sun. 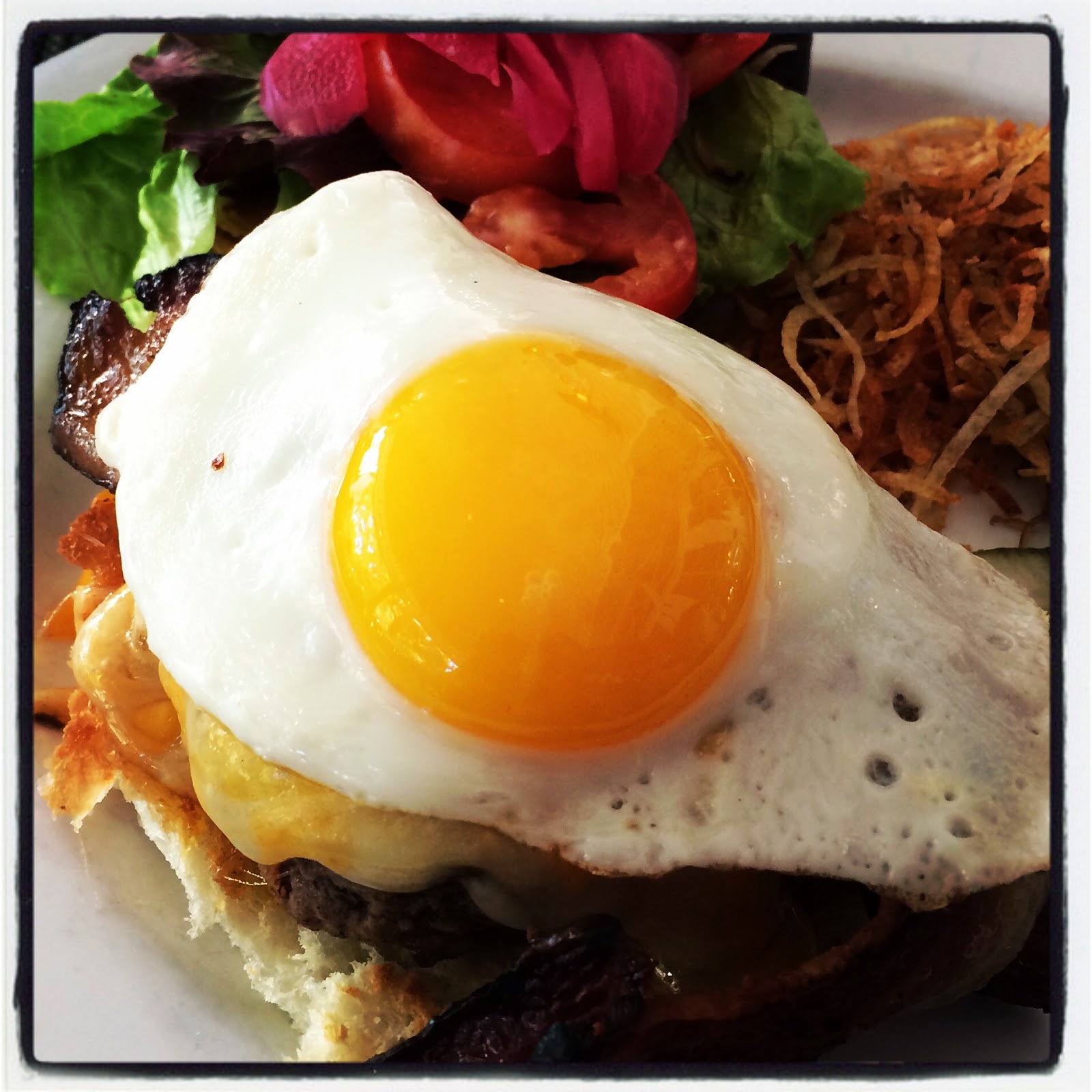 And now, I shall get back to work ghostwriting a book proposal that is encouraging me to play with the notion of manifesting our reality through our thoughts. It takes a lot of thought energy to do such a thing, especially when we have spent decades unconsciously thinking thoughts that—the wisdom goes—got us to where we are now. I am recognizing a fundamental paradox, a misunderstanding many of us have with ourselves, that we are somehow doing life wrong or not quite adequately, that we need to be other than we are, and seek experiences other than we are having. It's all fascinating to contemplate, and I feel a kind of peace in this moment, surrendering to it and not wishing it to be any different. Tomorrow, I may lose this consciousness entirely. But for now, this is what is.