The girl and the boy and the man

Our girl leaves in a couple of days for Chicago, where she will spend her summer doing an internship. She's had so much footloose fun with her friends these last two weeks, activities day and night. This afternoon she hung out with friends with whom she went to high school and tonight she and a whole other group of friends, the ones who call themselves Lifers, will be going to a concert in Brooklyn. I stand at the door of her room chatting with her as she expertly applies black eyeliner, so grown up and sure though I still see her little girl face so clearly. She throws a green army shirt into a bag in case it gets nippy later, and she's off. I hug her as she goes out the door and I say, "Is your phone charged?" I'm still learning to let go. 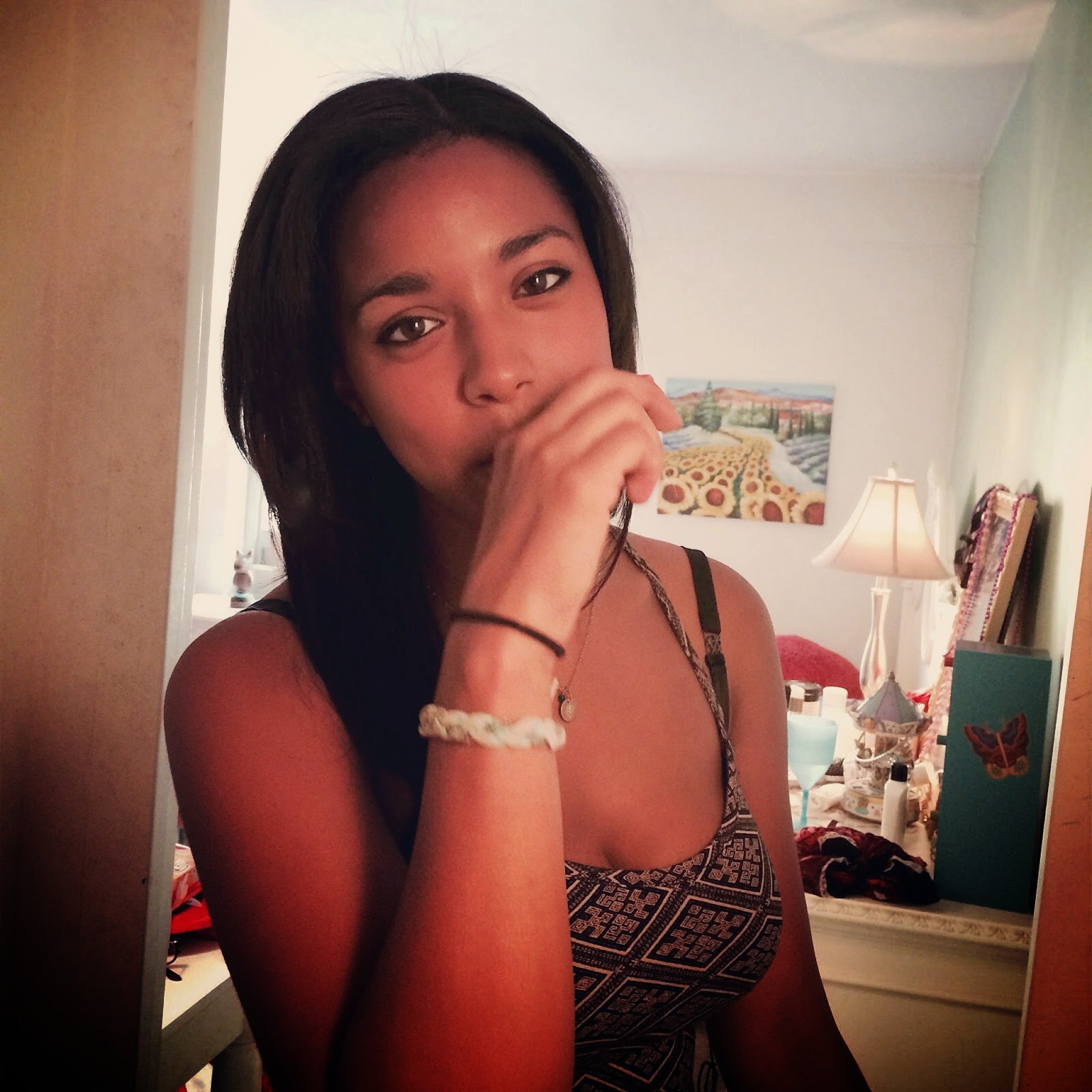 My girl still mostly ignores my camera, which I love. My son on the other hand has to be snapped surreptitiously, before he turns and gives a baleful stare and says, "Really?" But he did allow me to take a photo of him as he went out the door, on his way to New Jersey to overnight with a friend. Such indulgence! He'll be back tomorrow morning and then he'll be gone again, upstate to spend the weekend with another friend, and then to camp for the week where he has been hired to train and certify the counselors as lifeguards in anticipation of the summer session. My lovely husband (who is doing a 5K corporate challenge with his museum coworkers in Central Park tonight) and I will have the house all to ourselves next week, lately an unusual situation, but in its own way a pleasant interlude. 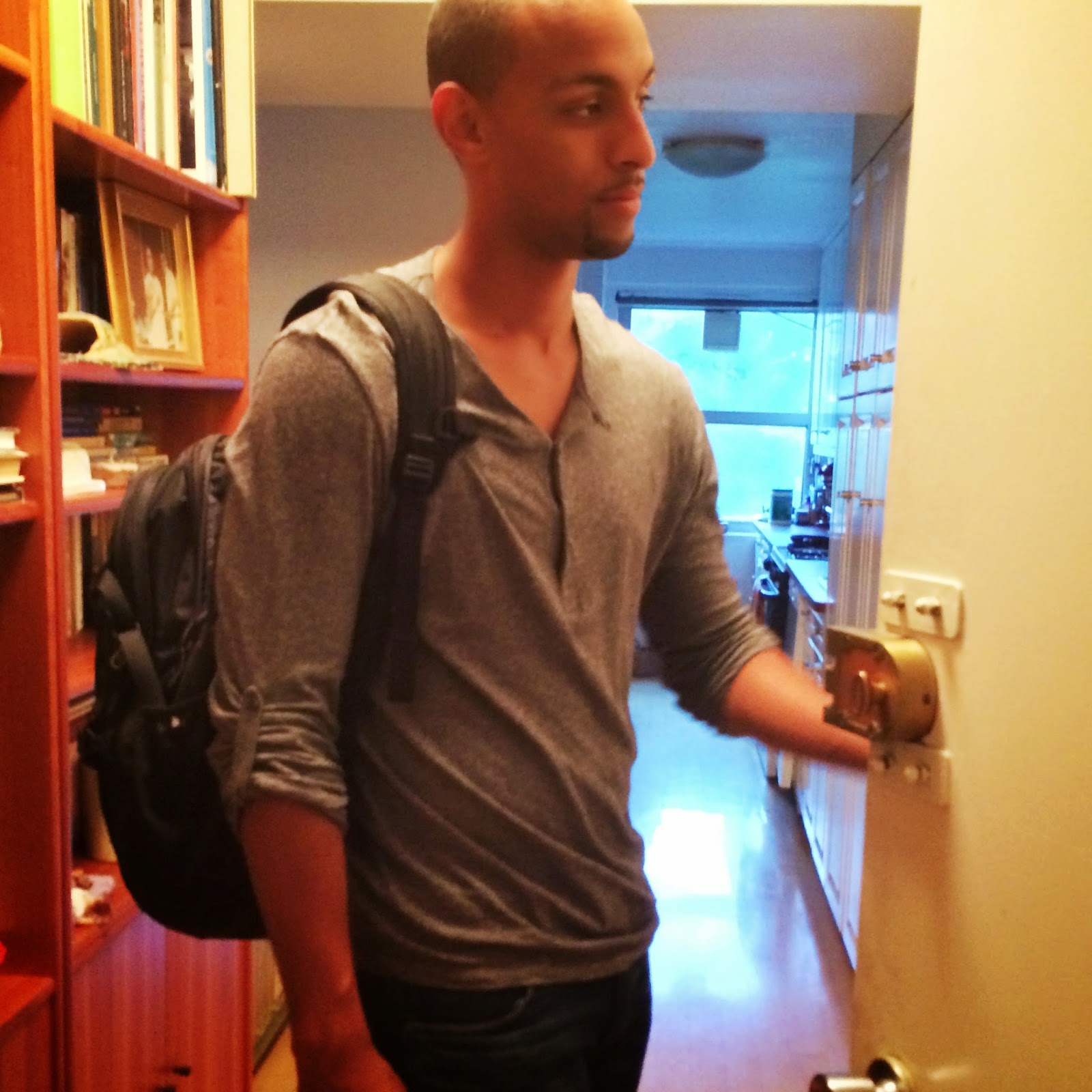 Can I just say how proud I am of my husband for that 5K? He just texted that he's all done and on his way home. He crossed the finish line at seven hundred and something out of 15,000 in his age range. He sounds happy and accomplished. Onward. 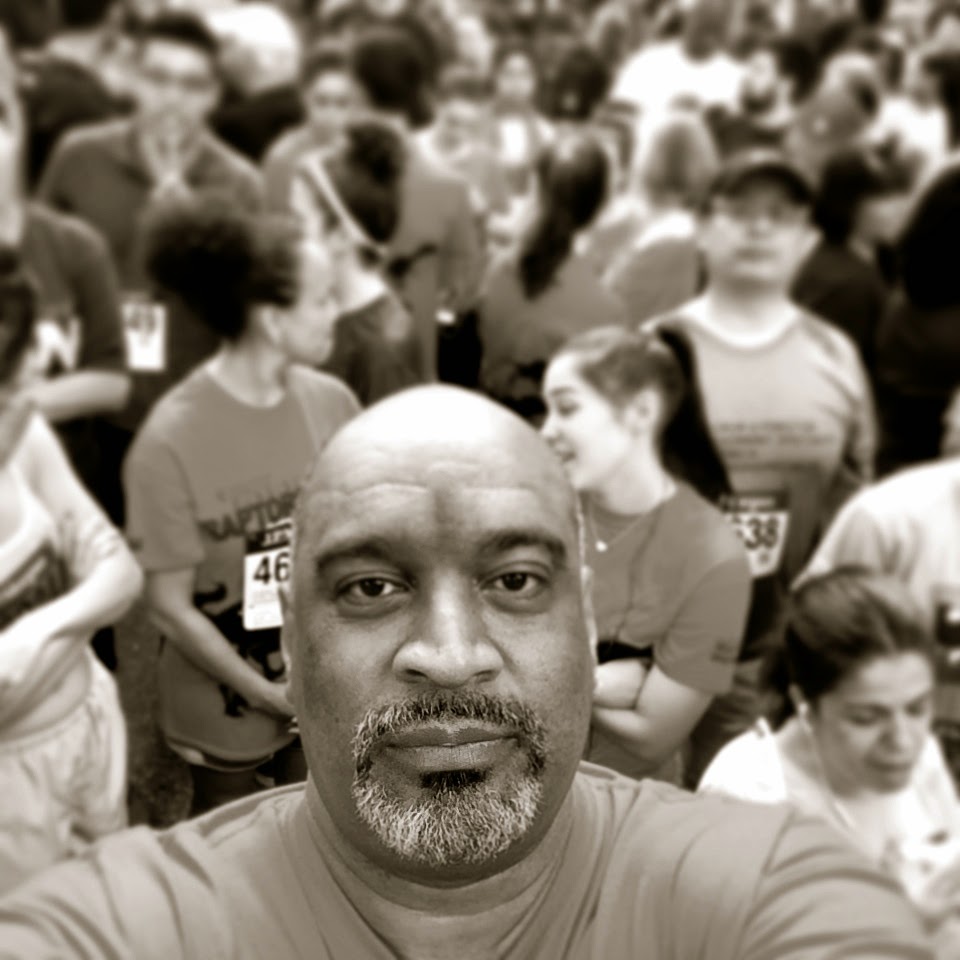