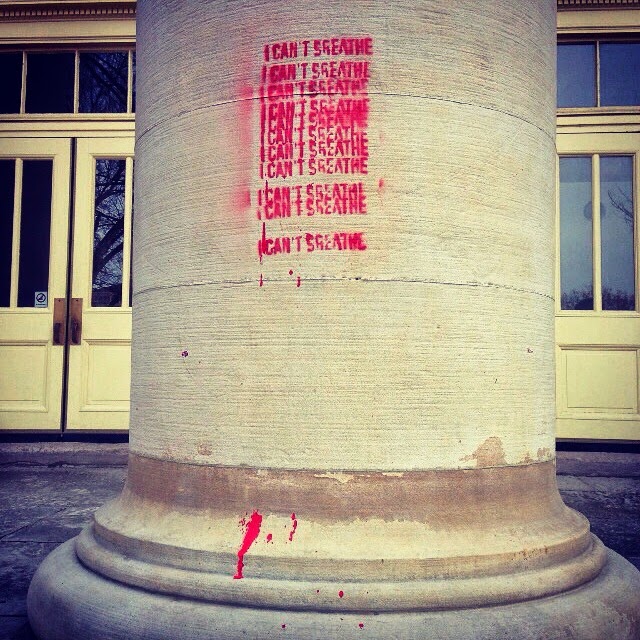 This piece on Medium.com tells what it's like to write about race again and again. And why folks get tired.


Maybe it was the realization that writing anything would be to listlessly participate in the carousel ride: an inciting incident, 1,000 angry thinkpieces, 1,000 tweeted links, and back to where we started, until next time. Perhaps it was a feeling that writing anything would finally be too redundant to bear, a pursuit of too many sad and obvious words to heap onto so many other nearly identical words written down before, by me, by thousands of others....

Imagine an editor asking a writer to passionately articulate why a drunk driver hitting and killing a boy on a bicycle is wrong and sad. That would never happen, because a drunk driver killing a boy on a bike is a self-evident tragedy. Asking a writer to exert lots of effort to explain why would be a disservice to the dead, as if his right to life were ever in question, as if our moral obligation to not snuff out our fellow citizens via recklessness were something in need of an eloquent plea.

When another unarmed black teenager is gunned down, there is something that hurts about having to put fingers to keyboard in an attempt to illuminate why another black life taken is a catastrophe, even if that murdered person had a criminal record or a history of smoking marijuana, even if that murdered person wasn’t a millionaire or college student. There is something that hurts when thinking about the possibility of being “accidentally” shot on some darkened corner, leaving a writer who never met you the task of asking the world to acknowledge your value posthumously, as it didn’t during your life.

The photo, sent by my daughter, shows spray-painted activism at Cornell. My girl says people at her school are galvanized. "Everybody's talking about Black Lives Matter," she texted me. "Differing views of course, but lots of dialogue." Yes, I know that all lives matter, but right now among cops, that doesn't seem to be in question for anyone but Black folks. So I am glad of all the protests across the country. I'm glad a diverse cross-section of people seem to be birthing a movement. I'm glad we are marching, even if we are tired.