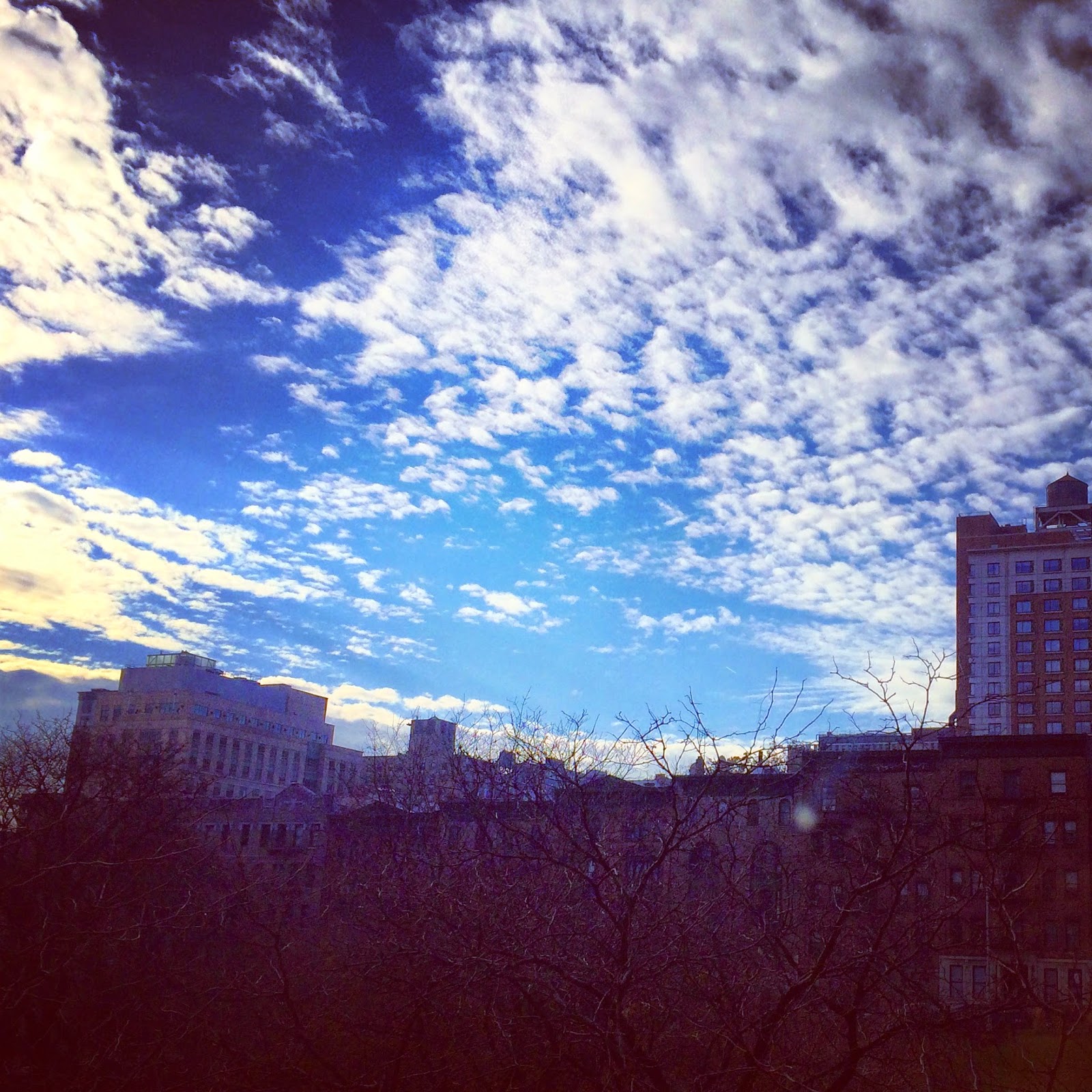 My righteous anger seems to have deserted me and in its place is a tired resignation, a willful, escapist refusal to engage. I just can't seem to get worked up about the ugly reels that play out 24/7 on the news. When the far right starts spewing all those hateful things about Obama, I switch the channel. Why let such nastiness take up space in my head? This is a different way of being for me. Once, I used to take it all on. Not now. I can't. But this might be short sighted on my part. You cannot begin to change what you refuse to see, hear, acknowledge.

Last night in Staten Island, New York, a grand jury declined to indict the White police officer who put a Black man in the chokehold last July and ended his life. Eric Garner, 43, was a husband and the father of six children who will now grow up without him. On the last afternoon of his life, Garner had broken up a sidewalk fight. He was not armed. He was said by neighbors to be good-natured, peace-loving and not remotely dangerous. Many who knew him used the same words to describe him: a gentle giant. But when the cops stopped him that day, apparently for the umpteenth time, he'd had enough. He told them that he was sick and tired of them coming after him, that he wasn't a criminal, he was just trying to live his life. All this was captured on video.

On the tape, you can see that he wasn't actually threatening the cops in any way. He was trying to walk away, so I don't know why the cops chose to use such force. They said later that they were trying to arrest him for selling loose cigarettes, a tax code violation but not technically a crime. The cops were not in fear of their lives as far as I can see. Maybe they were pissed off that he dared to express his anger at what he saw as their constant harassment. Talking back to a cop is a dangerous move for anyone, but especially for a Black man. A moment later Officer Daniel Panteleo, 29, jumped on Garner's back and pulled his forearm into his throat as several other cops swarmed around and slammed his head to the ground. Garner kept saying, "I can't breath, I can't breathe," but the cops didn't let up, despite the fact that the chokehold maneuver had been banned by the NYPD since 1993. Very soon, Garner's body went still. The cops started chasing all the bystanders away at that point, including a neighborhood kid who filmed the whole thing.

The city coroner ruled the death a homicide due to strangulation and compression of Garner's chest. The grand jury didn't agree. There were marches and protests around the city last night, but no one was truly surprised. It felt like Ferguson all over again, except this time the whole thing had been caught on video, and yet for me the sense of outrage was muted. My husband had called me earlier from work. "Did you hear the news?" he said. I told him I had fully expected it, and he said, "Sadly, same."

My son came home from work that evening with an exhausted look on his face, a slump to his shoulders. "So you heard?" he said. I nodded. We didn't discuss it any more.