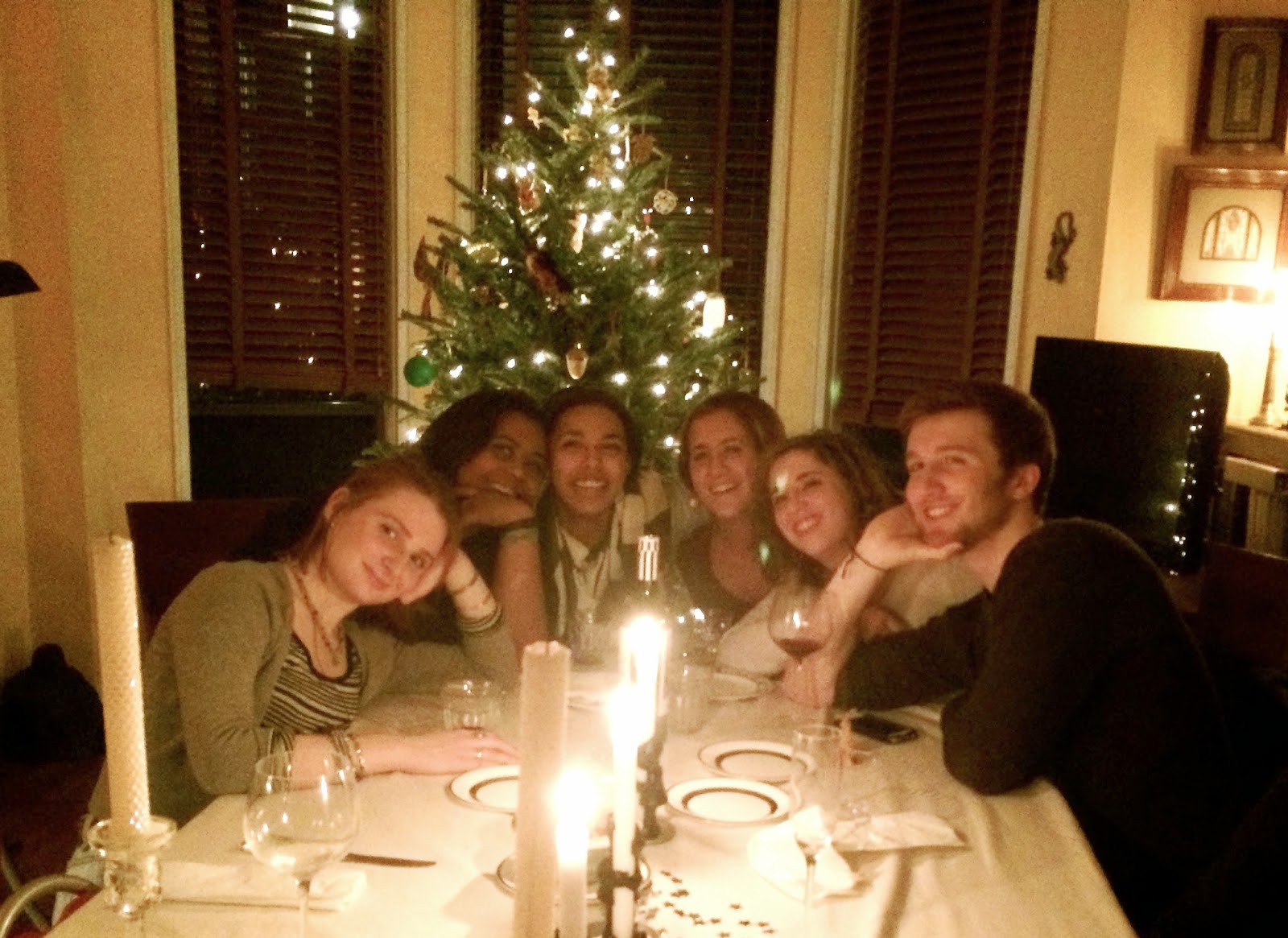 A friend who is the mother of one of the boys who started pre-K at that wonderful little school with in my daughter all those years ago, had a holiday gathering last night with a few other parents and their kids from that same class. I'm not sure how this particular crew began gathering—I think it was our artist friend who first invited us over for pot luck soon after our kids decamped to high different schools, and we had such an easy congenial time we just began doing it again and again. 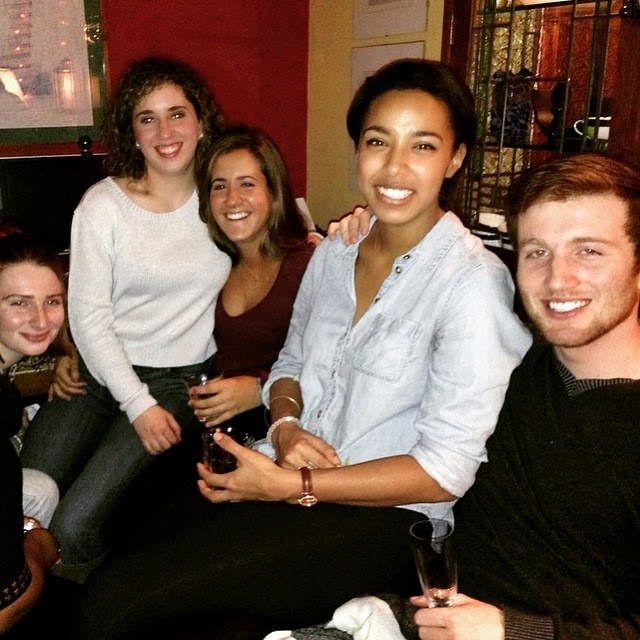 One of the fathers there last night, whose daughter has just returned from a semester abroad in South Africa, sat back after dinner and mused, "I don't know why but I like gathering with this crew so much. I think it's because when I'm with you all I can just be." There was assent all around and our host, whose son has just returned from a semester abroad in Turkey, said that when she told some of her other friends about the gathering she was planning, they said with incredulity, "You still get together with your grammar school crew?" 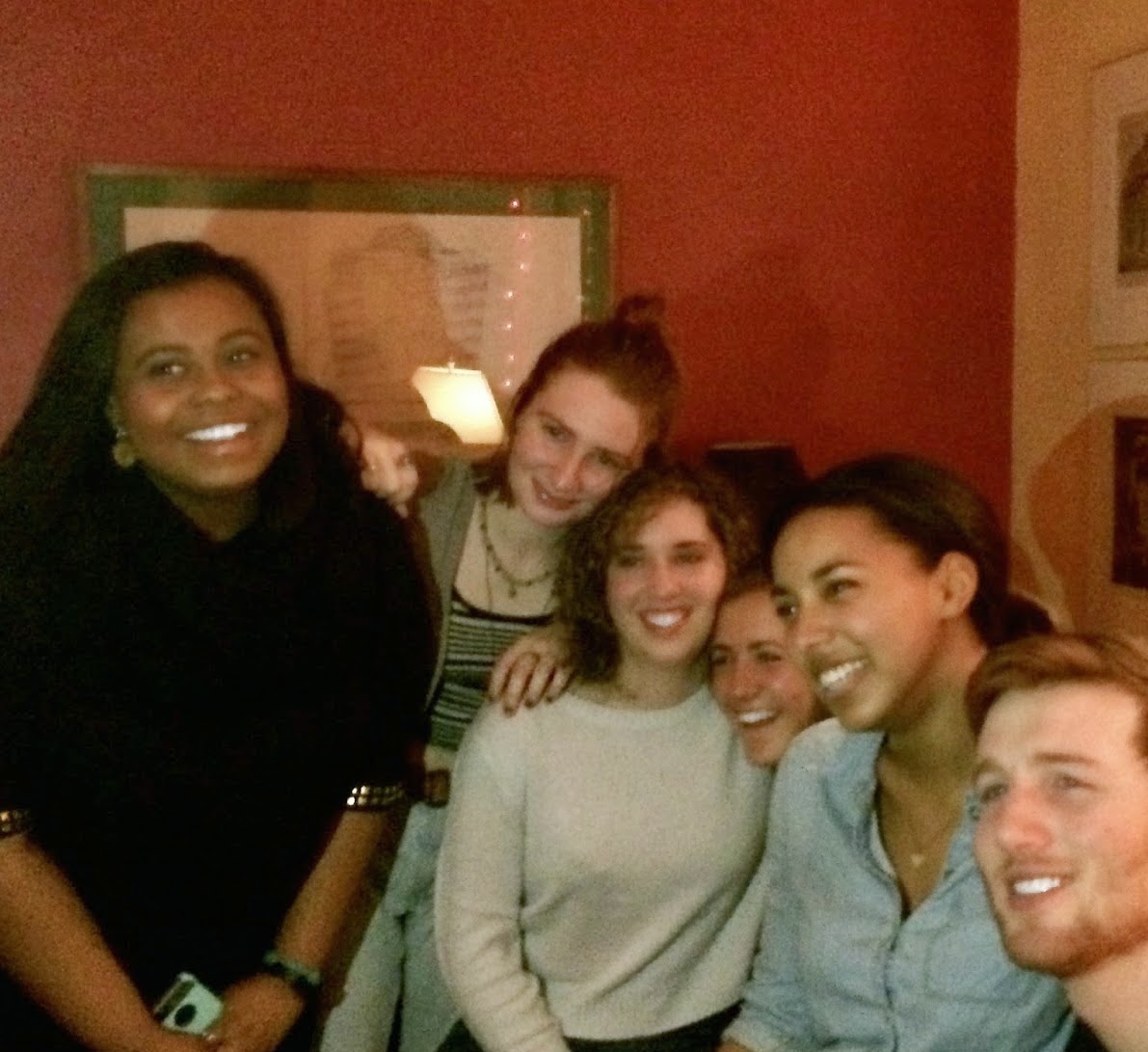 It really is something special that our children still adore each other and remain as connected as they became during those long ago weeks at the school farm. But we don't require our children's presence to get together ourselves. We sent our kids to a radical progressive little activist school with a farm, and maybe there was something in the mindset of the families who chose that school that made us simpatico for the long haul. Even so, I think our class had a special chemistry. Whatever it is, I am grateful for these cohorts and our intergenerational gatherings of 17 years and counting.  Our friend A said it just right: With these people, I can just be. 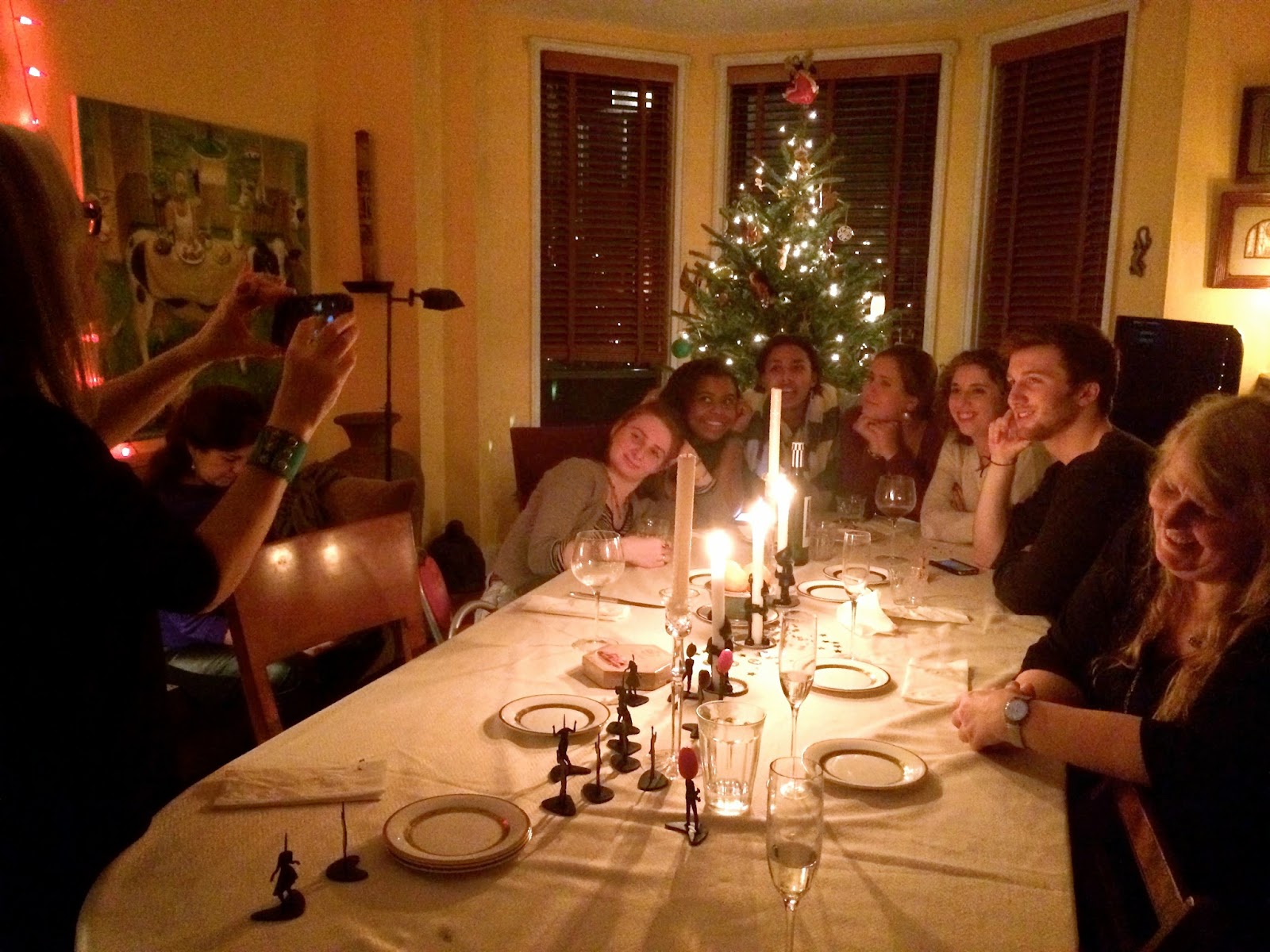 Of course, we parents were less interested in taking pictures of ourselves than of our children. They are so used to these photo op moments now, they simply indulge us. But here are a couple of photos of the mamas taking fond photos and the papas in a focused confab about how best to cut the cake. 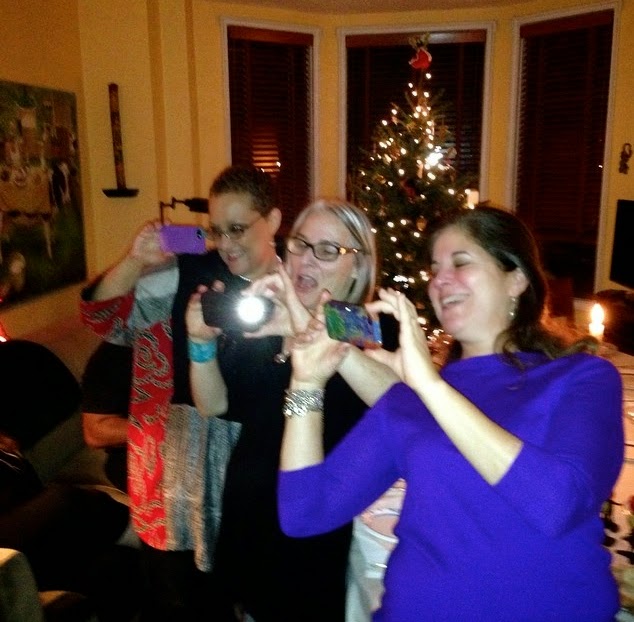 I have been told by one who knows that cutting cake is a very manly job. And taking photos of one's children? Well, I'm still laughing at that photo of us that our host took, our paparazzi expressions. 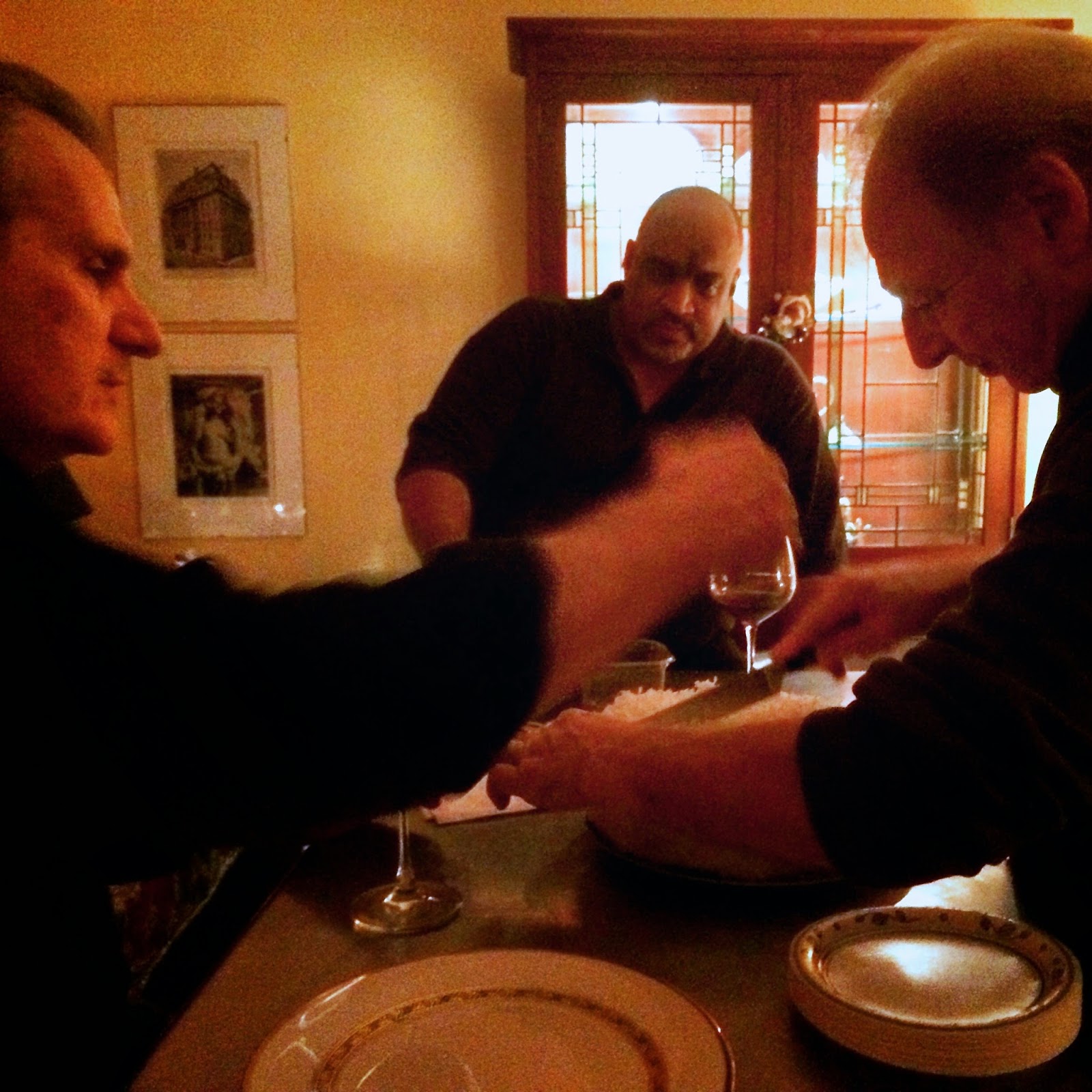