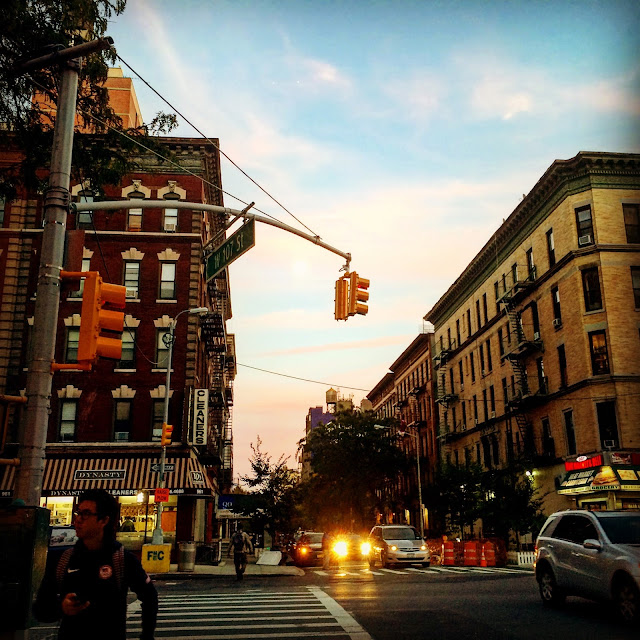 Everyone keeps saying don't allow this situation with Trump as the president elect to become normalized. But how do we live with our breath caught, our fists balled, our hearts in a vise. I've been trying to move forward, to not allow myself to be so stuck on one note. And yet, each new cabinet appointment is a fresh reminder of just how dire things are:

A man deemed too racist to be appointed a judge might now become the U.S. attorney general. This man reportedly once joked that his only issue with the KKK was their drug use. A general who called Islam "a cancer" and defended Trump's call for a Muslim ban, will now be the national security advisor. A member of the Benghazi committee witch hunt is up for the top CIA post. The rheumy wizard of white supremacy will be Trump's senior advisor and counselor. And so it goes. Let's not even talk about Pence, who might be ever scarier than Trump. Whereas Trump is a hollow narcissist with no ideas of his own, Pence is a true ideologue with some really scary beliefs. Suffice it to say he signed a law allowing businesses and health care providers to refuse to serve members of the LGBTQ community based on their personal beliefs about "the lifestyle." Pence believes that gay people need to undergo conversion therapy. And these are the men who are whispering in the empty vessel's ear.

The problem is, all this is becoming our new normal. How exactly do we fight the pervasiveness of this—the forces of hate and self-interest that are standing in the daylight and taking over our federal government? Which thread do we pull on first? Where will our efforts do the most good? It scares me that I don't know, that I am just getting swept along, watching it all happen with a persistent sense of the surreal, feeling powerless to effect even the smallest change.

This morning, I remembered something a Tibetan Buddhist monk I interviewed once told me. "Our sense of being helpless to create change runs deep," he said. "That’s why our world is in such trouble, because we don’t understand that to change the world, we have only to change ourselves. We don’t have to go out and fight wars or march and carry placards and take on world powers. We merely have to live our lives where we are with as much love and generosity and faith as we can muster."

Could it be that simple? Maybe it's a good place to begin.