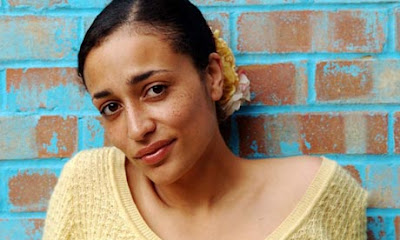 I happened upon a wonderful interview with author Zadie Smith, in which, at one point, she reflects on the degree of self-revelation required for novel writing as compared to book criticism. I love the way her personal experience of both kinds of writing informs her response.

Interviewer: [Y]ou talked about the “essential hubris of criticism” and how protected a position the critic is in compared with novel writing. Do you still feel that way?

Zadie Smith: Yeah, but I don’t mind that. I think it’s just different stages of life, like the kind of angry young man criticism that you write when you’re straight out of college and a young man. [Laughs.] It’s good that that stuff happens. Somebody has to walk in and say, “This is absolute shit.” Separating wheat from chaff with that kind of venom is completely appropriate for the young boy with a pen who wants to make a name for himself. I guess as I’ve got older, and with the more novels I write, I’ve gone soft from that boy’s opinion because I know what it takes to write a novel. There are plenty of novels I absolutely hate, but it’s no longer of interest to me to publicly destroy them. I know how much it hurts, and I just can’t do it.

I still think of criticism as a beautiful and intelligent way of describing the lay of the land. When I write criticism now, I do tend to write about things I love just because I’m more motivated by that. Hate is not enough for me anymore. It doesn’t give me the requisite energy to write 5,000 words. It really has to be adoration, I guess. But I do feel when I am writing criticism that I am much more defended, sure. I can be cool in criticism, and I can be right, which is a great joy, whereas in fiction you can only be variously vulnerable. There’s no such thing as a perfect novel, and you’ll always look the fool in some proportion, and also you’ll always reveal yourself in a way that is kind of horrifying. I can tell from somebody’s sentence the type of person they are and that’s the risk with a novel. With criticism it’s all much more disguised.

Thank you, Zadie Smith, because I really needed a non-political post with a center of love as an antidote to the madness swirling in the news, in my circles, and in my head. Plus, Zadie Smith looks like my best friend growing up so there's a touch of nostalgia in this post, too—a dream from a simpler, less fraught time.