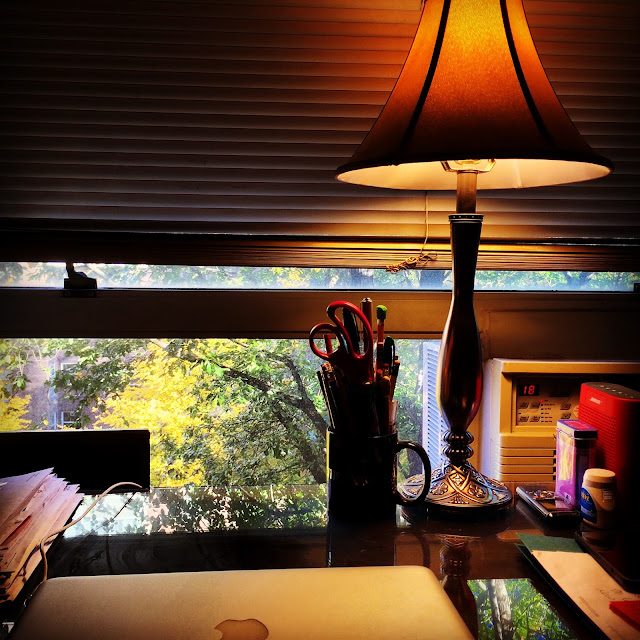 Everything in me came to a standstill in the two days after the election. I couldn't write anything coherent. I couldn't work. I could barely find words to express how I was feeling to my loved ones. I lay in my bed, swaddled by the covers, reading Night by Elie Wiesel, because I wanted to remember just how that dark chapter in history unfolded, how it was that an authoritarian state was allowed to round up some of its citizens and send them off to be murdered in gas chambers. I felt a little crazy, as if no one else was truly seeing the parallels between that evil, and the hateful sloganeering of the candidate the nation had just elected to be the next president. With steely mother fierceness, I resolved that no one better come knocking on my door and trying to cart my loved ones away. They'd find out fast just who they were dealing with. That's how dire the aftermath of Tuesday's election felt to me; I was actually having such thoughts.

More likely, the deaths we experience over the next four years will be by inches, sometimes barely discernible until after the fact, like the stripping away of health care provisions that those with disabilities or chronic illnesses rely on. Other deaths may be more violent, committed by those emboldened in the belief that some lives simply don't matter. I do, in fact, know that not everyone who voted for the narcissistic demagogue is a racist with a length of rope in the garage, a gun rack on their pick up, and a confederate flag in their window. Nor is everyone who voted red an unredeemable sexist, homophobe or apologist for sexual assault and misogyny. But I also know that only those who felt safe in their skin and in their castles could have dared to vote for this conscience-free bigot and his alt-right cohorts. And no matter how reasonable their arguments when considered in the light of their own interests, they didn't care one whit about those who have legitimate reason to fear what comes next. Sadly, they failed to understand that what destroys their neighbor, by inches or in one fell swoop, will eventually also arrive at their door.

I feel sick, still. I am trying to accept what is, as my husband says. But accepting what is cannot mean going to sleep for four years. The times are way too dangerous. And to all those who say, calm the fuck down, America will survive, it survived slavery and the civil war and 9/11, I would like to point out that a whole lot of people didn't survive all that. And the rest of us are still dealing with its toxic fallout.

Time to get to work.