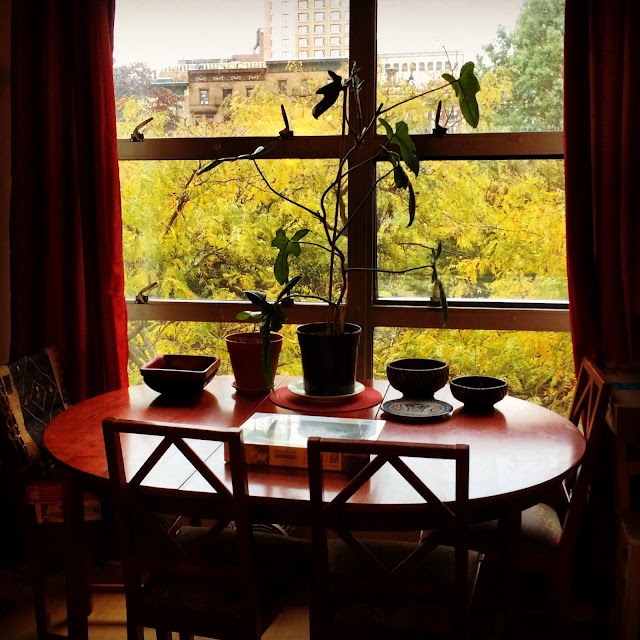 Fall has arrived in the gardens, the trees outside my window blooming gold. Here are some photos from last week that I want to keep as a record here. They might not be particularly artful but each one captures a precious slice of life with my beloveds. 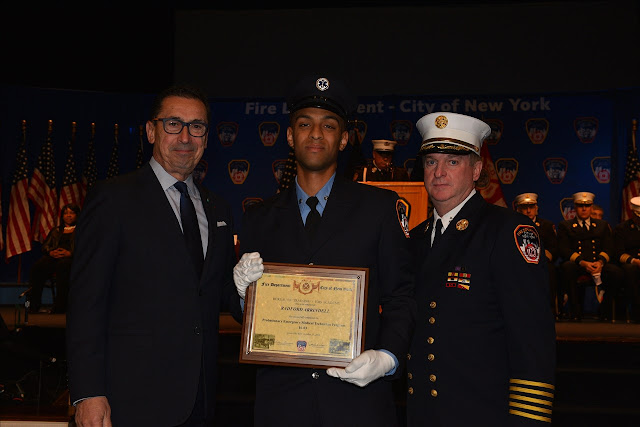 This was the official FDNY portrait of my son taken at his graduation as an EMT last Thursday. That's the city fire commissioner on the left and I'm not sure who the white shirt on the right is. On my boy's second  day of work, the morning after Halloween, he went in at 8 am, and at the end of his shift, as low man on the totem pole, he was mandated to a second shift and ended up working till 2 am the following morning. I was up watching Shameless when he got home at 3 am. I pretended not to be waiting up for him."How was it?" I asked. "Nine hours of overtime plus the night time ten percent bonus. I'll take it," he said. They don't get paid very much yet, so every little bit counts. The best part: He seems to really enjoy the work. 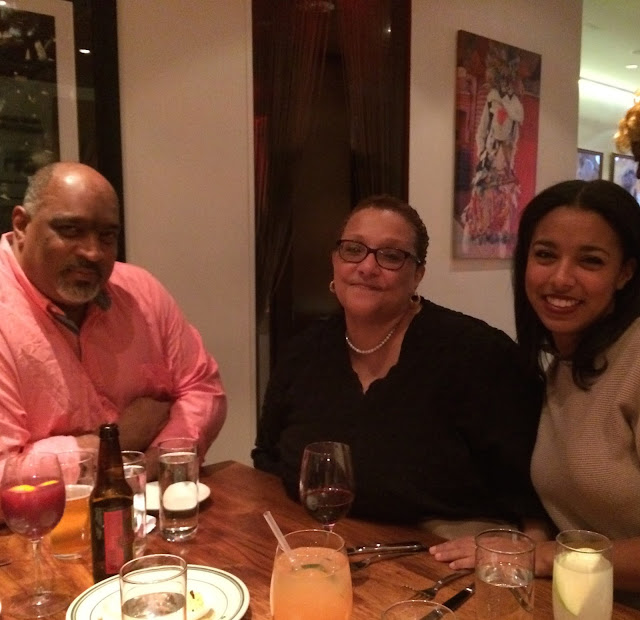 My husband and I, and our daughter, joined her bf's family at Red Rooster in Harlem to celebrate her bf's mother's birthday. His sister took this picture of us. 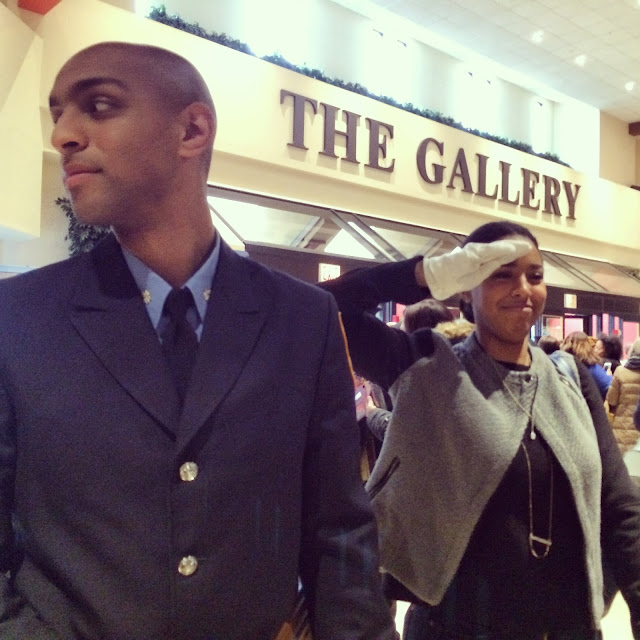 This one might be my favorite of all the pictures taken last week, a true little sister moment. Our girl took her brother's white dress gloves and began imitating him to comic effect. She was so proud. We all were. Are.