An extraordinary new mural by Brazilian artist Edward Kobra was unveiled in New York City today, on the seventeenth anniversary of 9/11. I am now the mother of an FDNY paramedic, who found his calling in the ashes of that awful day, and who will enter the fire academy to be further trained as a firefighter this year. That number on the kneeling firefighter's helmet, 343, is how many of his comrades died at Ground Zero. I remember my son, then nine years old, stood before me as dusk fell and said, "Mommy, a lot of heroes died today." I hugged him to me, with no idea that he was already trying to puzzle out the kind of courage it took for a person to run into a burning building to save strangers. Could he grow into a man with that kind of courage, he wondered. It would become the central question of his life, and would fuel his desire to be the person equipped to save lives when the world went to hell. In college, while he dreamed of joining the FDNY upon graduation, my son acquired a raft of first responder and water rescue certifications. My husband and I joked that he never met a certification he didn't want to collect. And indeed, as soon as he graduated, he began training as an EMT. His class began on September 11 five years ago, a fitting echo for a young man who never wavered in his dream. My son doesn't know that his sister used to cry herself to sleep at the thought of her brother wanting to be a firefighter. She understood, even if I didn't then, that it was a calling he would not outgrow. At last, I had to accept that this was his path. He humbles me. He makes me proud. May he be safe and protected always. 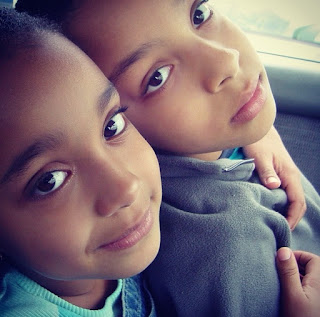