I can't stop looking at this 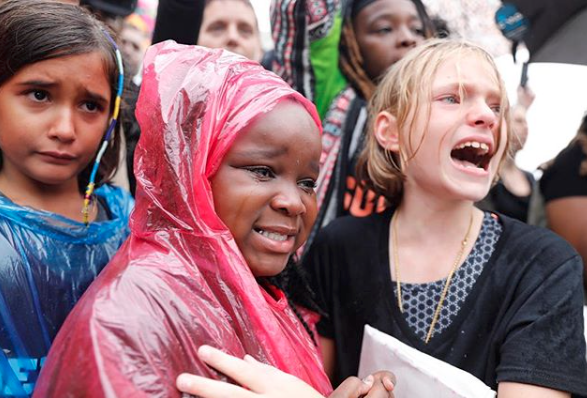 These three girls were with their mothers at a rally in Washington, DC to protest the appointment of an accused sexual predator to the highest court in the land. They were disturbed and confounded and wept as some of their heroes got arrested for expressing their First Amendment rights in the rain, while inside the halls of Congress, a man of profoundly unfit temperament excoriated his critics in a sullen, entitled rage. One of my friends, the father of a beloved daughter, asked me, "Why would their mothers put them through that?" Because they want their girls to know that we have to stand up for what we believe, I responded, with more equanimity than I felt. This photograph just gutted me when I saw it. For these beautiful girls, the fight has just begun.