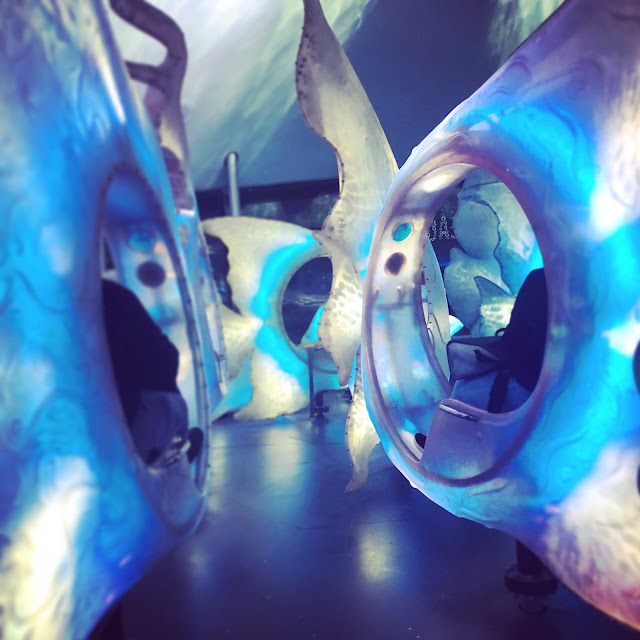 Our beloved poet Ms. Radish King wrote that she wanted to do a reading at the SeaGlass Carousel in Battery Park, Manhattan, and it reminded me of a dreamy sequence in the current season of the TV series Younger (which I watch) and I remembered that when I saw the sequence I thought: Where is that place, and why haven't I been there? Rebecca brought that thought to the surface again and so last night my daughter and my niece and I went out for dinner at a waterside restaurant in Battery Park, which is the part of the city where my niece lives, but for only two more weeks, and then she and her love are moving upstate as she has accepted a job at a dental practice that recruited her and made the deal very sweet for a couple saving up for their wedding. After dinner, at which we consumed a bottle of good Malbec, my girls and I strolled through the park in the direction of the SeaGlass Carousel because we all agreed the night would make the dance of light on the translucent sea creatures more ethereal. As we strolled my daughter sighed contentedly and said, "Ah, New York," and right then a bit fat rat came out of the shrubs, stared at us, and then darted out of sight, and my adrenaline surged because I am rodent phobic and my daughter clucked and said, wryly this time, "Ah, New York." The SeaGlass Carousel did not disappoint, however. Here we are, my fellow dreamscapers and me. 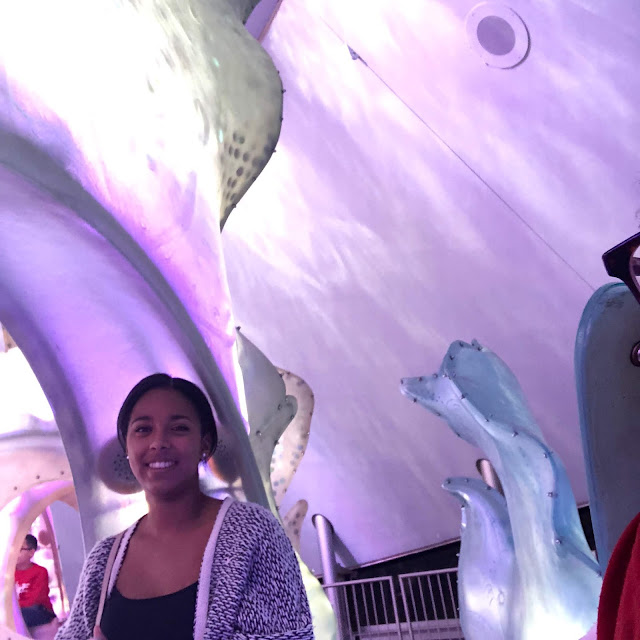 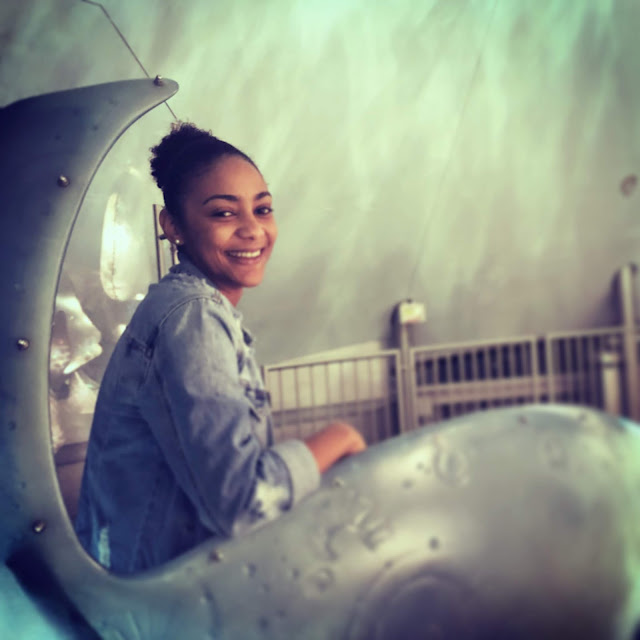 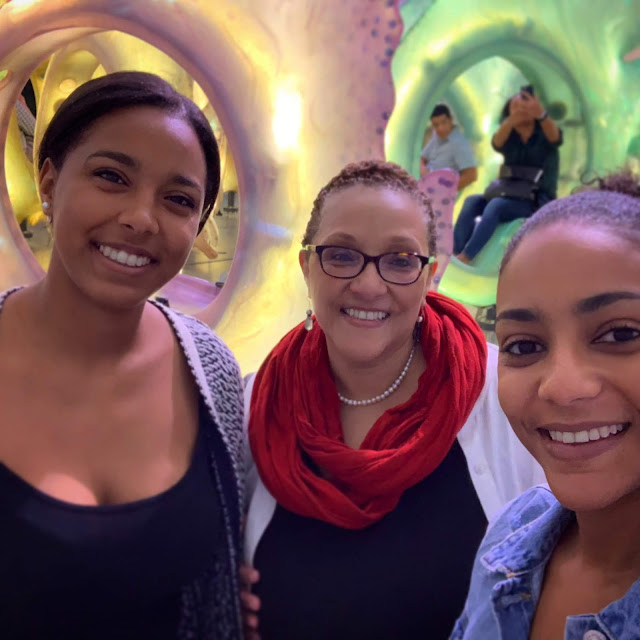