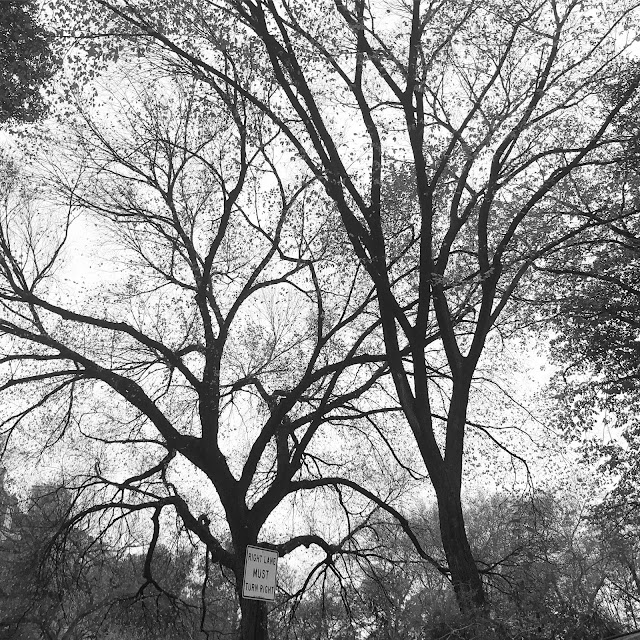 That's what the trees in Central Park look like now. We've had rain and a cold snap this week. Winter is here. As I sit at my dining table working, the impeachment hearings are on, but I find that I cannot stomach the deceit of the Republicans trying to create soundbites for Trump's cult of followers who won't look any deeper into the proceedings. These Republicans literally make me nauseous. I finally muted the sound.

What a barren time we're in politically. History will record Trump's America as very much akin to Hitler's Germany. People used to insist that was an extreme view. Not anymore. And if you think those children in for profit concentration camps and cages on the Southern border aren't being trafficked, think again. It helps, doesn't it, that border agents have kept such poor records of names and actual numbers of those who have been officially kidnapped, never to be heard from again.

Update on November 20: Ambassador Gordon Sondland is singing to congress like a canary who very much enjoys the sound of his own voice. And who has nothing left to lose. There's a twinkle in his eye as he burns the White House down. As I told a friend, I suspect he's imagining the impeachment movie, in which he will appear as the star witness. "Everyone was in the loop," he said, and then he named all the names. This doesn't mean the Republicans in the Senate will impeach. I'm not that naive.
Posted by 37paddington at 1:33 PM