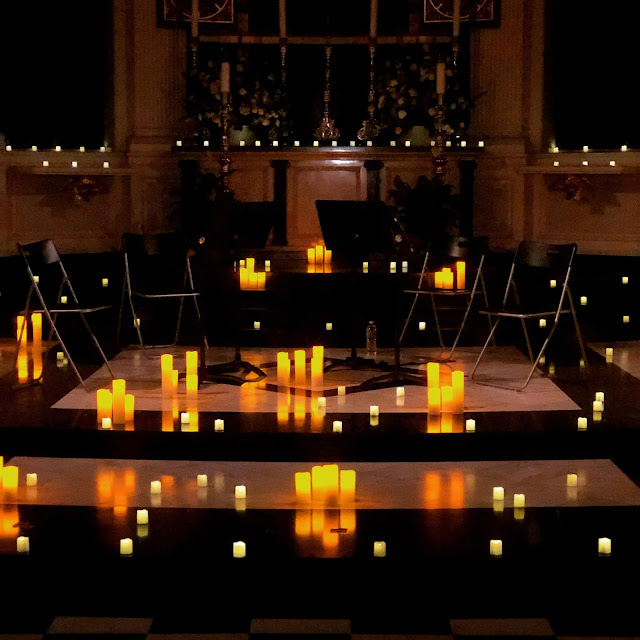 On a site called Secret NYC, I found out about these classical concerts by candlelight being performed inside beautiful churches around the city. Most were taking place in the West Village, but one featuring Vivaldi's Four Seasons, headlined by the Highline String Quartet, was happening right in our neighborhood, so I snagged a pair of tickets as a birthday gift for the man. Just in time, it turned out, because every candlelit concert stretching into January was sold out an hour later. I knew he would love the program, because we used to play Vivaldi's Four Seasons at a rousing volume in our car on road trips as young marrieds, before our kids were born and before CD players in cars became defunct. We'd hum along with the music, filled with heart-opening joy at this experience we got to share. I figured it would be fun to call back that feeling. And it was. The performance was thrilling, so emotively played and utterly immersive. It's always wondrous to me how four instruments can create such a robustly layered sound, now soaring, now dancing, now whispering only to us two. It felt like the most romantic of dates, both of us harking back to the sense we had when everything was brand new and we felt so incredibly lucky to have found each other. 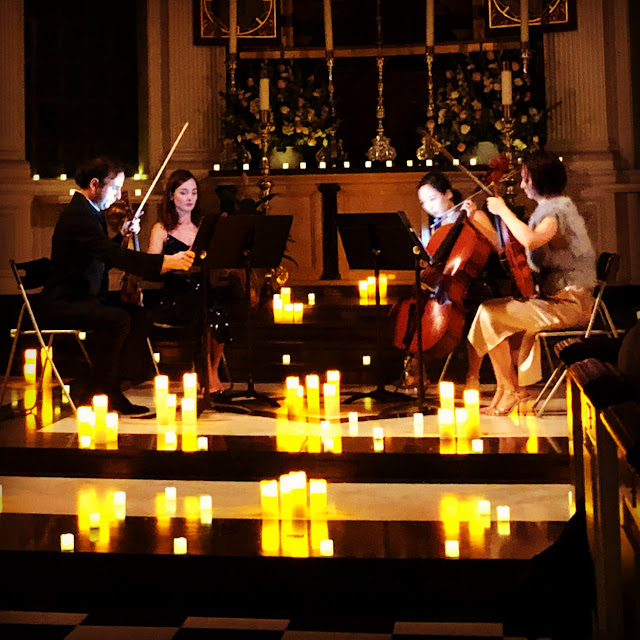