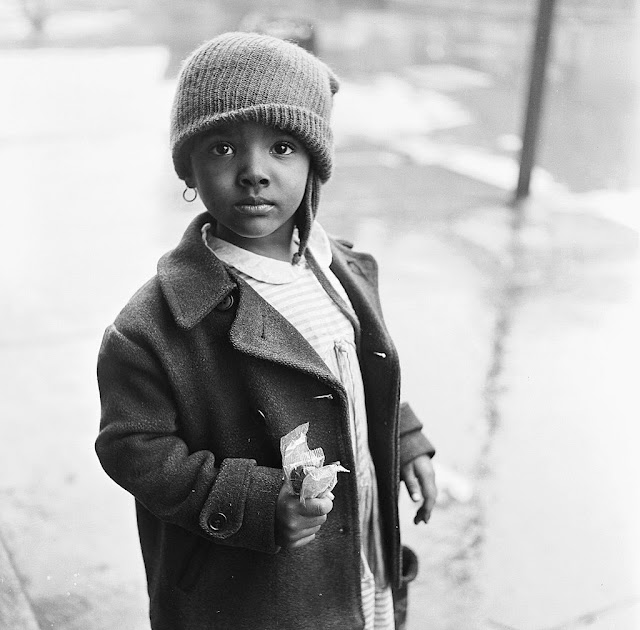 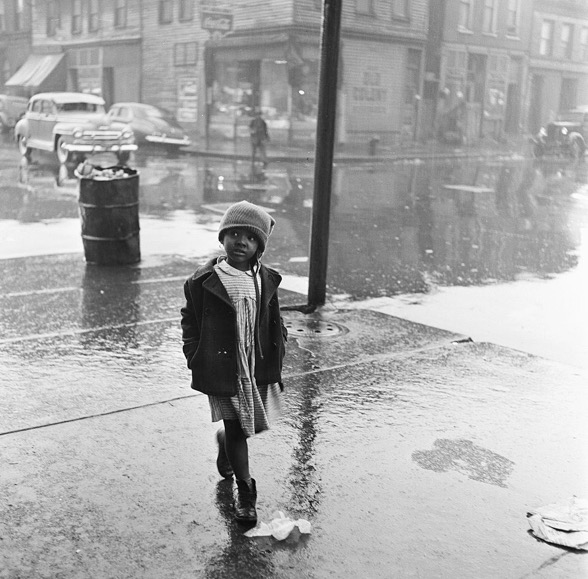 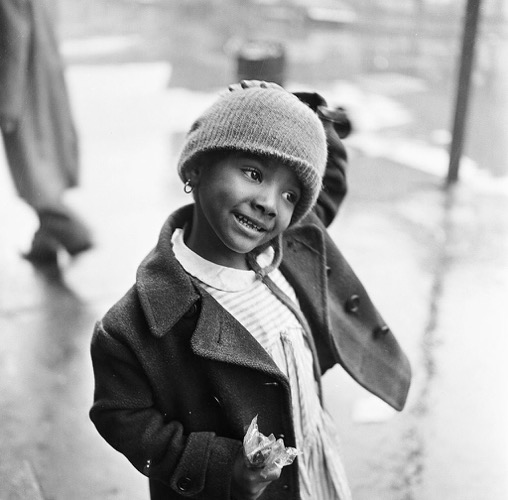 "In Brooklyn, New York, 1948, a girl posed for photos on a street corner on a rainy day." Thus read the caption on this trio of portraits by photographer Rae Russel of that beautiful child. I'm posting her pictures because I want to save them, and because I'm aching to post something innocent and hopeful here, even as I bear witness to people and events that are decidedly not.

I won't go on at length, it's all too depressing, but I will say how dare right wing assholes ridicule Alexandra Ocasio-Cortez for the visceral fear she felt during the siege on the Capitol. Given the vile and vulgar death threats AOC and the rest of her Squad receive daily, she had every reason to believe her life was in danger from certain Republican colleagues who may have given material aid to the insurrectionists, and who were now locked in the safe room with her. There was the Colorado QAnon House Rep who gave a "reconnaissance tour" of the Capitol the day before, for example, and documented it with an Instagram post in which her guests in full Trump regalia flashed the white power sign. She also tweeted "This is 1776!" as the mob stormed into the Captiol, and reported Nancy Pelosi's whereabouts to the rioters in real time. And that's just what we know. How is she not yet arrested? Also, who ripped out all the panic buttons from Congresswoman Ayanna Pressley's office the day before the siege? 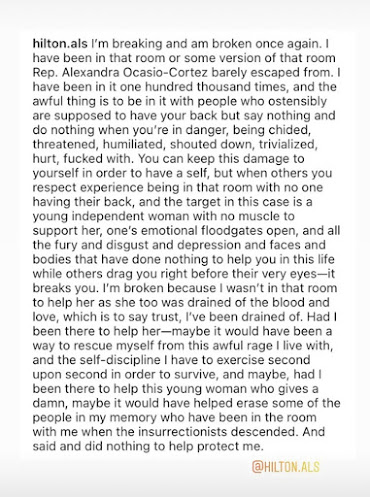 Hilton Als, Pulitzer Prize winning staff writer and theater critic for the New Yorker, posted this on social media, and it pierced me right through. It is hard to describe the constant vigilance of being Black in America; it's the low shrieking hum you live with, and eventually stop noticing as, for the practicality of survival, you accommodate your being to it. But it takes its toll, until one day you wake up and find yourself not just breaking, but utterly broken, and there's nothing to do but gather up the pieces and begin fitting yourself together again, because those you love are bent over beside you, doing the same. Hilton Als captures the feeling exactly.

On news reports this week, military men and women have analyzed crowd videos and identified operatives moving through the buffoonish rioters with apparent deadly intent, using maneuvers they recognize from their own training in military ops. Then there were the videos of rioters impaling cops with the poles of their blue lives matter flags, and violently crushing them against doors. As AOC said, she never wants to hear MAGAs declare blue lives matter ever again.

Across the country, arrests are happening by the hundreds, and one meme joked that now the white supremacists are grasping why their forebears wore hoods. The cosplay insurrectionist in coyote skins and buffalo horns has already asked Trump for a pardon, saying he was only "answering the president's call." Here's another picture, because one shouldn't always have to rise above, and because that little girl on a Brooklyn street corner would be pushing eighty now, and even though we elected a Black man of surpassing decency and intellect as president twice since she was photographed in the rain, it turns out that in large swathes of America, very little has changed. 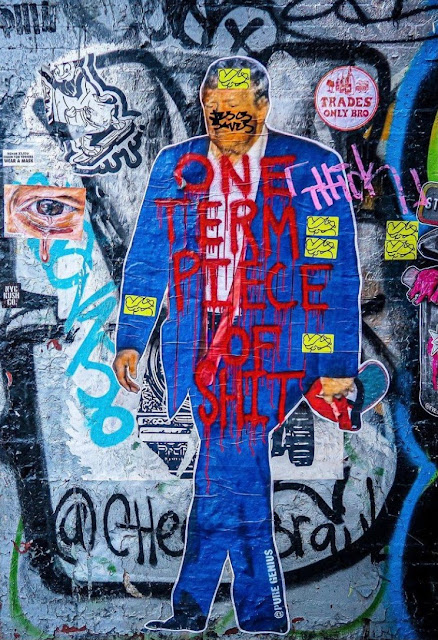