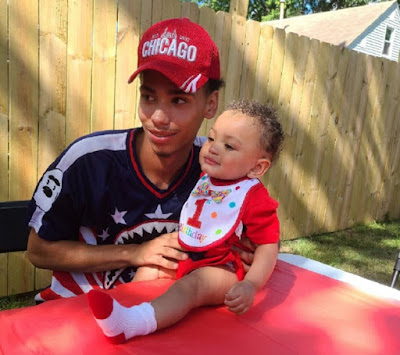 I need a break. I can't keep writing about brutalized Black bodies, dead Black men, cut down while going about their everyday lives by men and women sworn to protect and serve. The latest tragedy occurred ten miles down the road from the courthouse where We The People are spending millions to stage a month long trial to decide if a White cop who we all witnessed choking the life out of an unarmed, handcuffed Black man on a Minneapolis street should be answerable for committing murder.

And now, in Brooklyn Center, Minnesota, 20-year-old Daunte Wright was on his way to the car wash, his girlfriend in the car beside him. The cops said they pulled him over because of a deodorizer hanging from his rear view mirror. I remember a year ago when my own nephew was pulled over for a dream catcher hanging from his rear view mirror, his heart hammering as he placed his hands on the steering wheel where the cops could see them. My nephew drives with his license and papers on the dashboard so he wont have to reach for them if a cop pulls him over. This sweet faced kid was terrified, wondering if he would survive the encounter, as I imagine Daunte Wright might also have worried when he called his mom to say he was being pulled over. Now his one-year-old son will have to grow up without his father.

The cops devised other reasons for detaining Daunte after the fact, none of them warranting this young man's death. An accident, the cops are saying. The cop meant to fire her taser, not her gun. Fuck that. I can't. I watched the video of Daunte's mother and father being interviewed on ABC this morning as tears washed down my face. The pain in his parents' eyes. It's too much.

And just one night before in Virginia, a Black army lieutenant in uniform, was signaled by cops to pull over for, as it turned out, no reason. He clicked on his hazard lights and kept driving till he could pull over in a well lit area. This apparently enraged the cop, who shouted that the army man was fixing to “ride the lightening” as he pepper sprayed his face, despite his hands being in the air. That well lit gas station with video cam possibly saved the army man's life. After being dragged out his car, battered and abused, he was sent on his way with no charges. I'm worn out by it all. The Black men I love are in random danger from law enforcement every time they walk out the door. I can't say enough prayers for their safety. I'm just done. 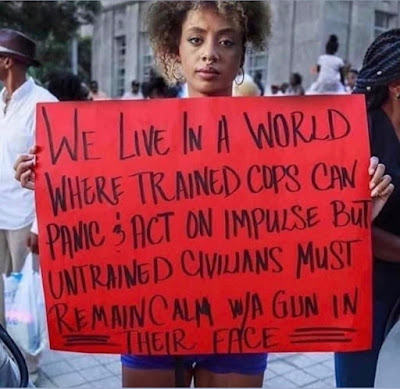