Guilty on all counts 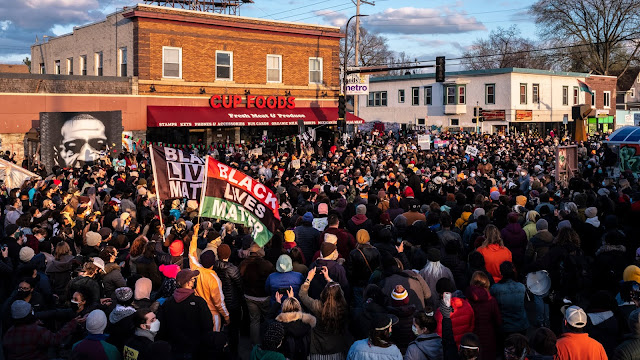 Ex-Minneapolis cop Derek Chauvin was found guilty of the murder of George Floyd yesterday afternoon, convicted on all three counts. When the guilty verdict was read, I suddenly found myself sobbing, which I had not expected, even though I had been wound tight, fearing that this case too, would end in acquittal, dismissal, and tacit approval of cops snuffing out Black life. But George Floyd's execution was just so egregious, and caught on tape for the world to see. For three weeks the prosecution mounted an airtight case, arguing for George Floyd's humanity, and Derek Chauvin's inhumanity, while the defense tried to conjure up stereotypes of the scary Black bogeyman who might rise up and be dangerous even as he's calling out for his Mama in the afterlife, ever after he's stopped breathing, long after he's dead.

So many people cried along with me, which in retrospect should not have surprised me. I called my daughter in Boston twenty minutes after the verdict was read and she was still sobbing, as if her poor heart was in shreds. What does it mean to you? I asked her. What is making you cry so hard?

I think I just let it in, she said. I think I had held a part of myself numb for over a year because I thought I would need that numb place to deal with the courts once again not valuing Black life. I was afraid they would let that cop go, like they do every time, like they did with Breonna Taylor. But they didn't. This time they said, enough, too much. And now it's all flooding in, the tragedy and violence of what happened to George Floyd, that sweet, good man who so many people loved, who had his problems, who struggled with addiction, who missed his mama, but who did not deserve to die.

I got it. They found Chauvin guilty, but George Floyd is still dead. And to get a conviction, the entire world had to bear witness, because everyone knew that if that video recorded by a brave, heartbroken teenager had not existed, Chauvin would have walked, too. That's why so many people cried. Release and sorrow, a painful brew. And then, within the same hour came the news of a 15-year-old Black girl in Columbus, Ohio, who called the cops because someone was trying to stab her, and when the cops showed up, they shot the girl dead. I don't know the details yet, but I really can't bring myself to believe that they can arrest white men armed to the teeth with assault weapons, even ones who murder Black worshipers in church, all without putting a scratch on them, but they can't deescalate a knife fight without shooting a 15-year-old foster child dead.

Modern police forces evolved from southern slave patrols and northern night watches charged with subjugating and brutalizing people of color to uphold the ideology and practice of white supremacy. The police may have changed their uniforms, but not how they see Black and Brown folks. You can't reform this. The rot is soaked through. You have to tear it down to the studs and start again. 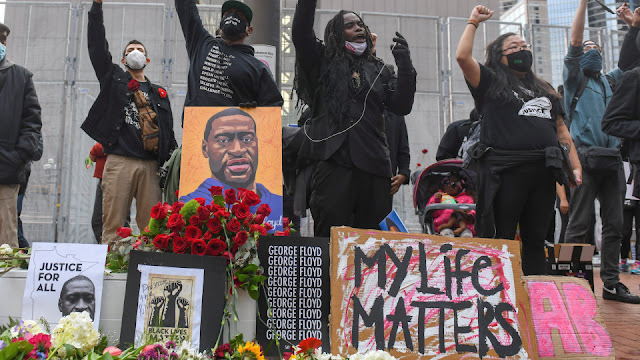