A spirit of acceptance 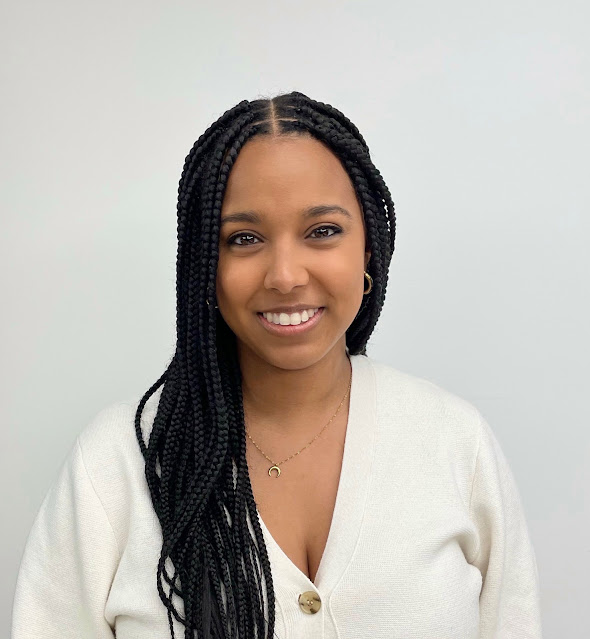 This photo of my girl was circulated at her new job to introduce her to new colleagues. Her start date at the new company is May 2, but she will be able to work remotely from Boston until the end of June, when she and her love will move back to New York City. They found a great apartment in a lively artsy Brooklyn neighborhood dotted with sidewalk cafes and hipster joints like the drag bingo bar where my niece Dani and her friends can be found every Monday night, and where practically all of their closest friends already live within walking distance around them.

The kitchen renovation is proceeding on schedule, the cabinets are now almost all installed, and tomorrow someone will come to measure the dimensions of the gray quartz countertop, which will take 2-3 days to cut and deliver, which means the counter will be installed by early next week, and the backsplash the same day, with grouting to be done the day after. I continue to be completely unsure about every choice I have made, but however it turns out I have decided to simply be okay with it, because my husband stated very clearly that while he is fine with whatever I decide (except when he isn't, and then he gives his opinion and we make another choice), it will drive him bananas if, after everything is done, I am constantly second guessing the process and moaning that I should have gone with some other decision about a particular detail instead. I say that's fair. And so however the final kitchen turns out, I am resolved to be at peace with it, because it will be a safe, bright, and functional new kitchen and what a privilege to have wished for that and then be able to make it happen. 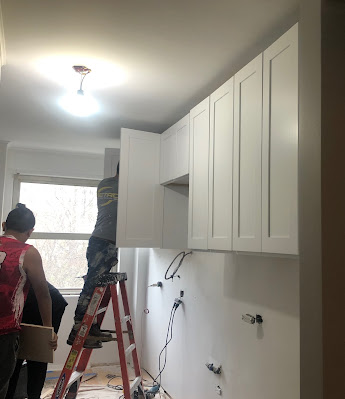 As for the contractor, I have no complaints. I suspect I might be a difficult client with all my hand wringing and self doubt, but he has been unfailing kind, informative, and accommodating, offering choices until I arrive at one I might be happy with, and never making me feel rushed or bamboozled. I do know that we have different aesthetics—I like warm lighting for example, and he is cool LED lighting all the way; he also likes a few bells, whistles, and flourishes, while I like simplicity and clean lines. And so I have to be my own designer, which is where the self-doubt comes in. I wish I knew how to throw in a dash of art, say in the lighting fixture over the kitchen island. I played with the idea of getting an art glass fixture, but I didn't have the confidence to choose something dramatic and bold, so I went with a simple three bulb cylindrical light with white frosted glass and brushed nickle hardware. My husband, son, and daughter all liked it, and I did too, but it was a moment where I could have gone with drama and flair instead, and I didn't. On the other hand, this apartment was built in the 1950s. It's lines are simple and unadorned, so perhaps a simple unadorned kitchen is a perfectly good canvas for what can come later.

I did get the backsplash I was mulling over in a previous post. I hope it looks as good as the picture. Honestly, I worry that the smaller hex tiles will look too busy, but it's too late now, I've settled on them, and if I find that I don't love them, well, I will keep that to myself. My husband is a patient and easy going man, but one thing that he cannot abide is people getting all worked up about circumstances that are essentially fixed, and not of astronomical importance in the scheme of life anyway. He is philosophical that way. "Done is done," he might say. Another famous one of his lines: "You play the hand you're holding." I guess I'm writing this post as a way to process and practice a spirit of acceptance about the outcome of this kitchen renovation, given that every material choice along the way has been mine. One of my aphorisms? "Live and learn." I am definitely doing a lot of learning. I am also looking forward to purging so much stuff as we set up our new kitchen!