I love this girl 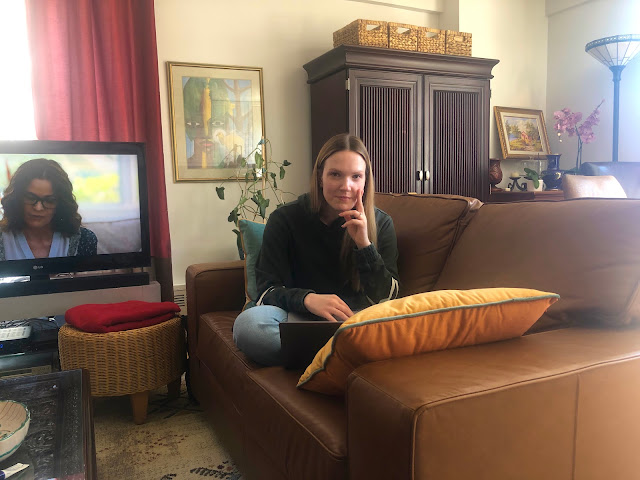 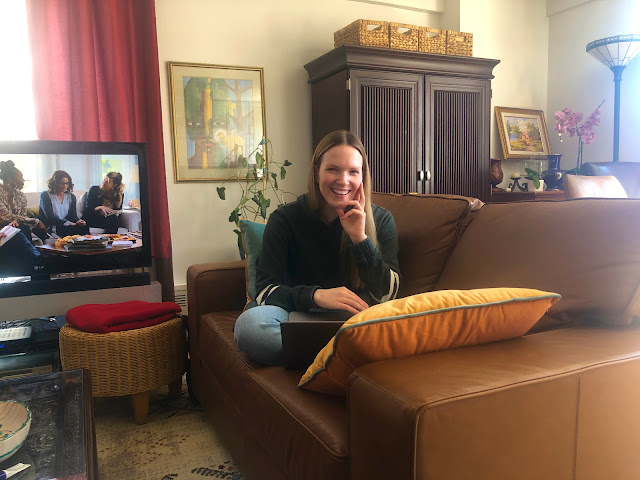 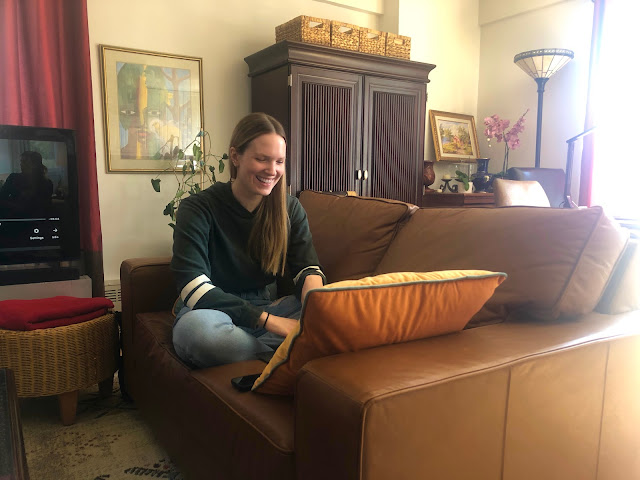 My son and his fiancée spent the day with us yesterday. They came over to help us pack up the kitchen, so that demo can begin this week. Or rather our son was going to help us pack, as his love works on Saturdays and was doing her job remotely from our living room. My boy and his dad went to Home Depot to get boxes and bubble wrap while my heart daughter and I had a lovely time chatting about everything, and when work claimed her attention I watched Single Drunk Female on Hulu, actress Ally Sheedy’s new show that is wonderfully inclusive, not just in terms of race and ethnicity but also in terms of bodies, sexuality, gender identity, life itself.

Later my son’s fiancée’s best friend came over, her maid of honor, who got married last November herself. The young women were so much fun together, two musical theater kids now working in tech, doing an impromptu rendition of “Satisfied” from the musical Hamilton, all the lyrics and dance movements, I loved it so much and wanted them never to stop. They also caught me up on all the wedding planning, which seems to be proceeding well, though not without its moments of angst. I opined that it seemed so much simpler in my day, without the ubiquitous eye of social media. But was it really? Or was I simply more equal to the challenge of it all than I am now?

Meanwhile in Boston my daughter and her love were taking a few steps toward the future themselves. It was an eventful week for my girl, a big work win on Monday, which was also her birthday, then she and her partner learned they got the apartment in Brooklyn they wanted, for the price they counter offered (people seem to be making rent bids on apartments in New York City these days—what is going on??) in the neighborhood they love. They’ll be moving back to the city at the end of June. Amid the madness of the world, life in microcosm seems to be humming along.

We still have to clear out the kitchen. The man and I were having so much fun just socializing with the young folks yesterday, and watching the March Madness basketball that we never got around to actual packing. We’ll do it tomorrow, now that needed supplies have been laid in. I can hardly believe that after 21 years of living with poorly installed kitchen cabinets forever coming off their hinges, and me always worrying about a door falling on someone, we’re finally going to have new solid, sturdily installed white Shaker style cabinets, with pot drawers rather than cupboards in which plastic Tupperware containers get lost at the back for eternity.

Don’t mind me. I’m busy counting my blessings over here. That beautiful stout hearted young woman in the pictures above, she’s one of them for sure.