In All Her Glory 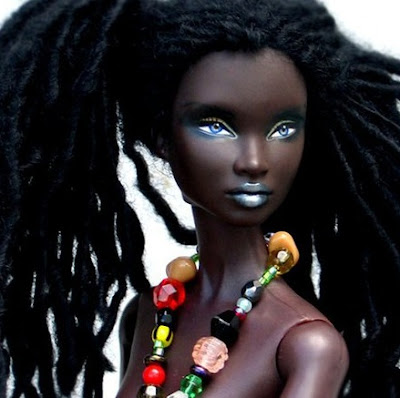 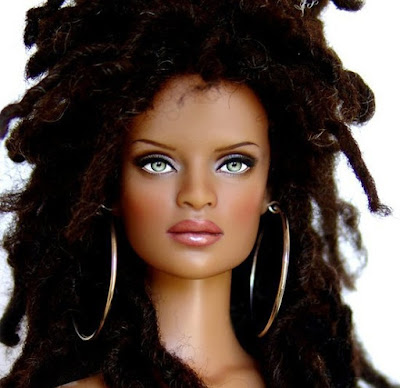 I'm captivated by these dolls by Khamit Kinks. I find them beautiful. The one immediately above resembles my cousin Maureen, who is four years older than I am. As a child and young teen, I hero worshipped her with a force almost like a yearning. People said we looked alike, except she was the perfected version of who I would never be. Her father said as much to me one morning when I was a chubby, broken out thirteen—"See what you could have been?" His daughter had just passed through the room, laughing in a way that animated her sea-green eyes. My uncle didn't mean to be cruel. I was a pale version of his glorious daughter and he was simply stating the facts as he saw them. As everyone saw them. The curious thing was, I didn't begrudge his daughter her gifts. No, I adored her. I was slavishly loyal to her, at least until I turned fifteen and began to step out of her shadow and into the possibility of who I could be. Almost always, my cousin treated me with the easy affection of a big sister and it was enough. We are still close today. Age and weight gain have made us more alike than we were back then, except she will always know what it is to walk through the world magnetizing all eyes, while I remain a watcher. Who is to say who has the better view?