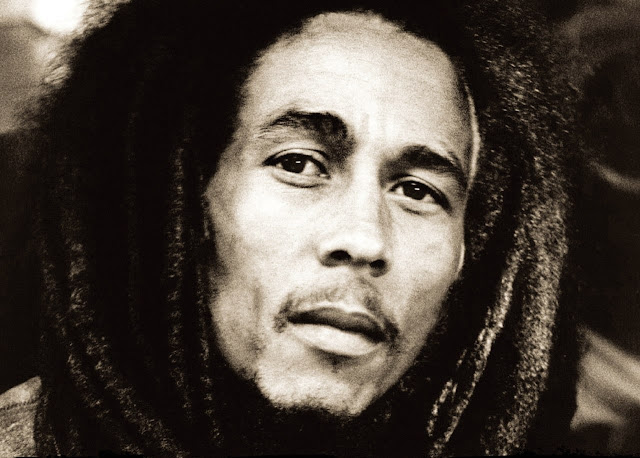 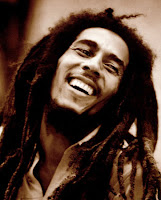 "Emancipate yourself
from mental slavery.
None but ourselves
can free our minds."

Bob Marley was a modern prophet of peace and right and revolution. And he was my countryman. I was drumming his beats on tuck shop tables at lunch time in junior school, getting on top of those tables sometimes to perform boisterous renditions of his songs with my friends. He was a dreaming country boy who came to the city and began to record that new reggae sound. Soon enough, it would explode onto the world stage, but that new beat and the languorous dance moves it inspired were mine as a Jamaican before they were everyone else's and so I feel a very personal connection to Mister Robert Nesta Marley.

He died on May 11, 1981, a few days after my birthday. He was 36. I cried when I heard he was gone and played his albums on repeat for months. In time it began to seem as if he was just away somewhere, living his life quietly, not really dead. His music is so alive in my house.