Boldness had genius, power and magic in it

Five hundred people at my former company got laid off today. Among them were ten people from my former magazine, two of them very dear friends, one of them the writer I had long worked with. There are now only four editors left at that magazine, and one assistant editor, plus the editor in chief and executive editor. Also the meagre art department and production crew and the business side of course. Down from a staff of more than seventy when I was first hired 19 years ago, before the media giant bought the little magazine that not only could, but did. I believe the media company that bought out the magazine a little more than a decade ago has been slowly choking the life out of the once-proud brand. I am angry all over again today. It feels like remembered trauma, like an actual blow to the gut, a pummeling in the chest area, I swear. And so deeply unfair. But I cannot live with such bile inside me; I have to process this and work it out of my system. This happened. It happened to me. And today it happened to 500 more people. And we move on.

I suppose if I hadn't been let go when I was last September, I would have missed another opportunity, one that practically fell into my lap on the Monday morning after the Friday the thirteenth when I was told my job had been eliminated. That would have been a shame, because I absolutely love the work I do for this publishing venture, and the writers I am able to work with. And last week, another opportunity came my way, one with it's share of complications, but still an excellent thing, and just in time to make me feel that perhaps we, my family and me, will be okay. I'm trying to notice that the universe sends me little clues along the way to tell me not to worry so much, to trust myself, to trust how events will unfold. And so I will put my shoulder to the wheel and press ahead, because this will either work out okay, or it will work out okay. I choose to believe I am blessed and that is all. 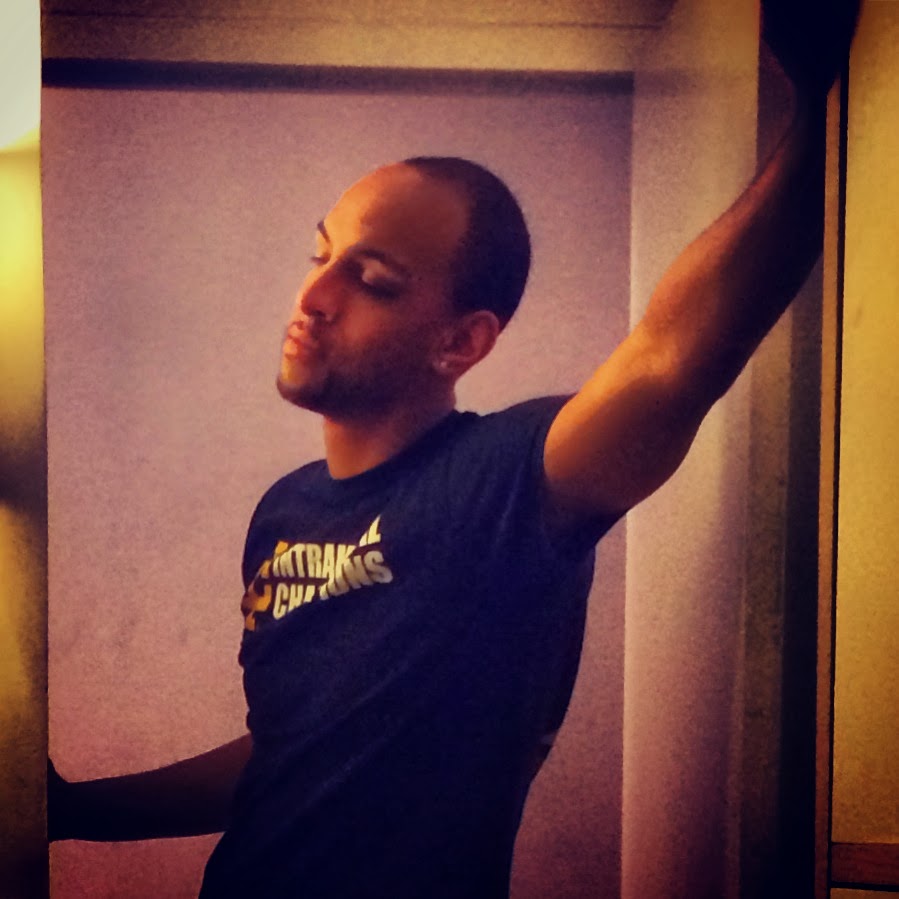 Here's a photo of one of my blessings, my son, fresh from his final exam last night for his EMT class, which he aced. All that is left are his clinicals and then the State certification exam. Last weekend, at the Armory where he was coaching his team in a meet, at which, by the way, his triple jumpers took first and second place medals, there was a booth set up to recruit for the FDNY, and so of course my son went over to them and he is now in the system, one step closer to his dream.

I am reminded of something the German philosopher Goethe is supposed to have said: Move and the universe moves with you. I think I quoted that in the very first post I ever did on this blog, way back in June of 2008. Here is the quote attributed to Goethe, though there is some question as to whether these words are actually his, as they have never been found in his original language.

“Until one is committed, there is hesitancy, the chance to draw back. Concerning all acts of initiative (and creation), there is one elementary truth, the ignorance of which kills countless ideas and splendid plans: that the moment one definitely commits oneself, then Providence moves too. All sorts of things occur to help one that would never otherwise have occurred. A whole stream of events issues from the decision, raising in one's favor all manner of unforeseen incidents and meetings and material assistance, which no man could have dreamed would have come his way. Whatever you can do, or dream you can do, begin it. Boldness has genius, power, and magic in it. Begin it now.”

That one's for you, my dear children. And for me too.